The world’s largest motorcycle manufacturer Honda Motor Co. is planning to launch a motorcycle that will cost just $600 (Rs. 27,000) to answer the competition in emerging countries. This motorcycle will give an edge to Honda over its Chinese and Indian rival.

In an interview in Tokyo last week, Tasuhiro Oyama, senior managing director in charge of Honda’s motorcycle operation said that Honda will build and sell the two-wheeler for as little as 4,000 yuan, (Rs. 27,000 & $600) in China starting next year and also introduce it in Nigeria and Latin America. 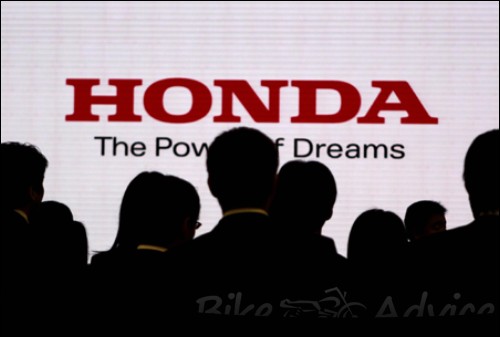 He also said that emerging markets rivals will really push into this area and Honda needs to be right there with them so they won’t get bypassed. China’s motorcycle makers are benefiting from low-cost suppliers and support from the nation’s government. With this model the company will compete with Chinese and Indian motorcycle makers, targeting low-income customers in other developing next markets.

As a part of strategy Hero Honda is targeting rural market whereas HMSI is targeting urban market so if Honda exit the venture it should have low cost motorcycle to compete with Hero Honda. Apart from this Bajaj auto is aiming its 70% revenue to come from export which may hurt Honda’s global market share in motorcycle. Bajaj Auto has gaining fast momentum in emerging nations. Its Boxer brand is leader in South Africa. TVS motors is also aggressive on export front. Above all Mahindra group has also foray in to motorcycle segment with two motorcycles Sattlio and Mojo which will sell in India, Africa, South East Asia and Latin America. So competition is intensifying in emerging nations.

Honda is much concerned about the emerging nations as demand for motorcycles weakens in Japan, Europe and U.S. Sale plunged by 41% in North America last fiscal while it was up 1.4% in Asia excluding Japan. Emerging nations are the area where Honda can look for future growth. In India its subsidiary HMSI has expanded its capacity to 2.2 million units per year. Concern also exists as Honda wants to sell stake in Hero Honda. As earlier reported four funds namely KKR & Co., TPG Capital, Carlyle Group and Bain Capital LLC are competing for the stake. The revenue for emerging nation will offset it’s weaken position in Western part of the world.

Beside this a strong yen also hurting Honda’s revenue. Currently yen is trading at 82.88 against the dollar which is close to its historical high. According Oyama the yen at anywhere between 90 and 110 per dollar makes things difficult. Honda currently builds motorcycle at its plant in Kumamoto, Japan. As demand is plunging in developed markets, Honda increasing its overseas production which is now close to 56% and bound to grow. Oyama also added that though the strong yen cuts Japan’s Competitiveness, large capacity motorcycles require high level of production quality and development that cannot be replicated overseas. They still need production in Japan.