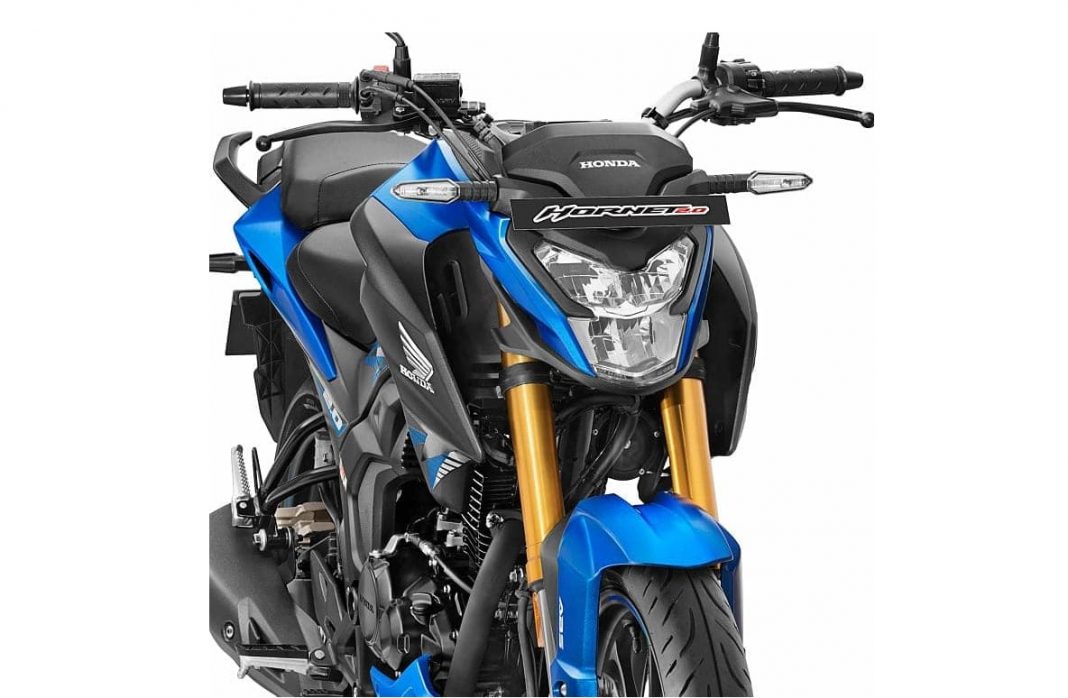 Honda Hornet 180 colors – we share pics of all of them. Do share which one is the best in the attached poll at the end…

After a lot of delay, Honda finally ventured in the 180-200cc sportier motorcycle space in India. Hornet 180 is the company’s latest offering and in the process it also becomes the biggest made in India bike for the company.

Here it is in all the four colors…

Honda is promoting it in its signature blue color and it looks nice. The best of the lot, to us, is the versatile Pearl Igneous Black (with subtle red accents) and what looks like a single tone color. The golden colored USDs also look the best on this shade.

The most mediocre theme is the Sangria Red metallic. Its grey does NOT gel well with that red shade and those bold graphics make it look a lot busier. The grey color is for those who do not want their motorcycles to become a big highlight in front of others.