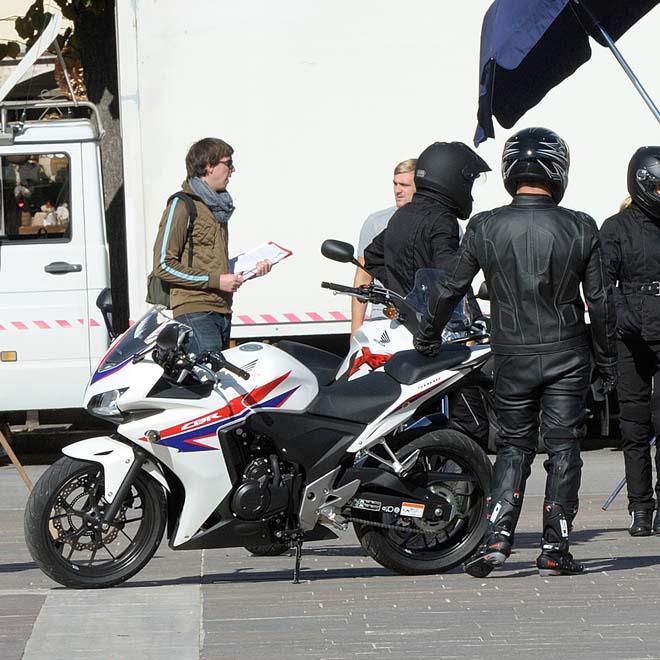 The EICMA international motorcycle show is only a week away where Honda is expected to showcase some of its upcoming bikes. However, before the show spy pictures of some Honda models have surfaced on the internet. Apparently these pictures were taken when the new Honda bikes were used to shoot some Italian commercial. The spied bikes will be Honda’s latest in the 500cc segment, the Honda CBR500, the CB500R and the CB500X. All the three were spotted while at the ongoing shoot.

All the three models are said to be sharing the same engine, a parallel twin, 500cc that makes about 45 BHP of power. The bikes also share the same chassis with however different body design features. Three different models on the same platform, same engine and a host of many common parts, Honda is expected to be very aggressive with its pricing strategy behind these motorcycles. All the bikes are fitted with the traditional telescopic forks up front and single disc brakes at the front and rear too. Honda is surely targeting many countries to sell this bike, with so much level of commonization. Will Honda bring this model to India as well? That remains to be seen when Honda showcases this at the EICMA show. 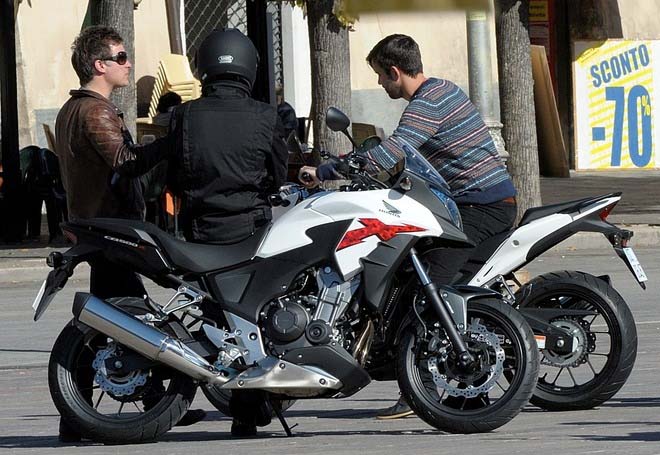