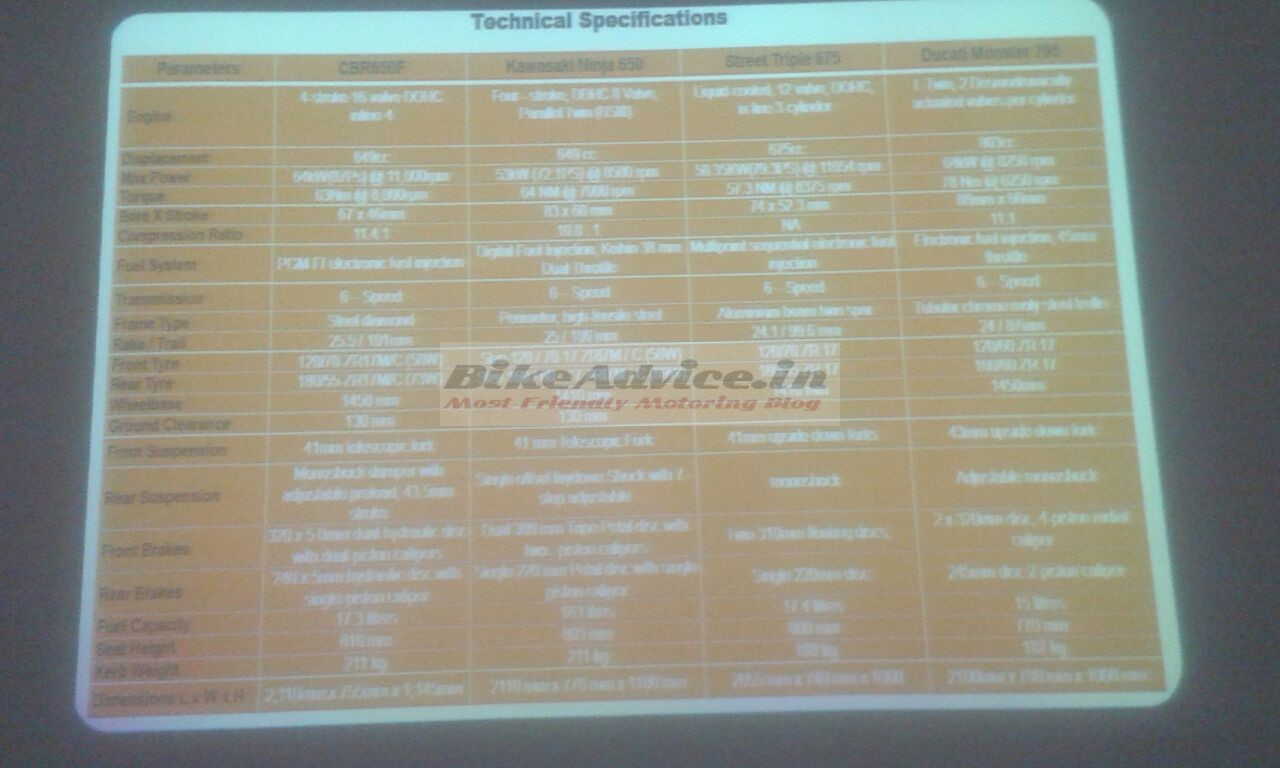 Among the tons of wanted/unwanted updates and refreshes to their commuters, Honda Motorcycle and Scooter India Pvt Ltd has a very interesting product lined up for launch, the mid-sizer CBR 650F which will be the company’s first big motorcycle to be assembled in India. CBR 650F will be available in select dealerships in major Indian cities. When we connected with a dealership in Delhi we got to know that they have already started accepting bookings at an initial amount of Rs 50,000.

The CBR 650F, when unveiled and confirmed for our market at the 2014 Auto Expo was expected to be the country’s cheapest four cylinder motorcycle. However, its delay and the entry of Benelli’s TNT 600 siblings have ensured it looses the first mover price advantage. This is based on the generic word that it (CBR) will be priced at about Rs 8 Lakh on road, which is higher than expectations and precariously close to Kawasaki’s naked maniac Z800! 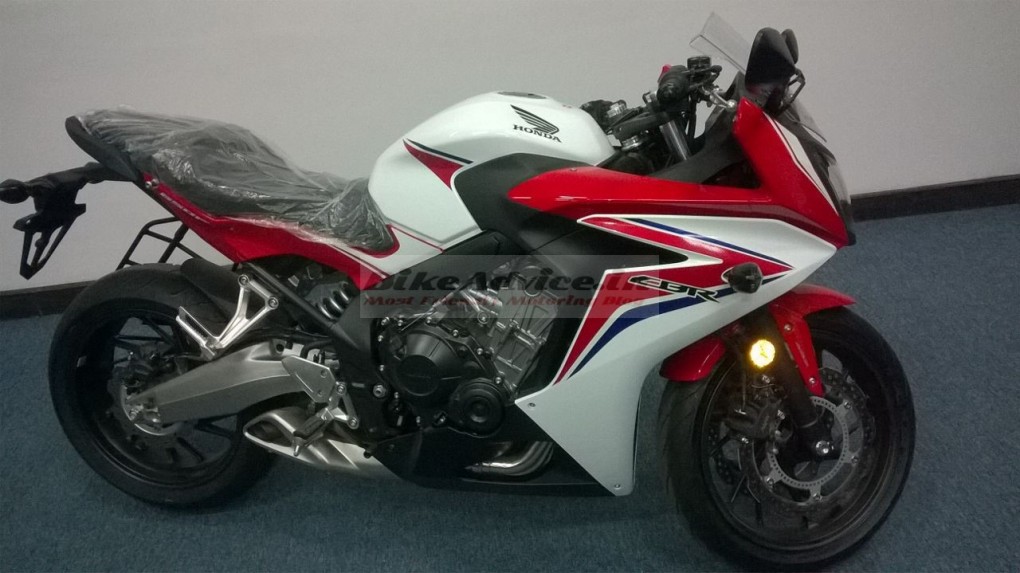 But wait a minute….. here is something interesting for all of you in queue… 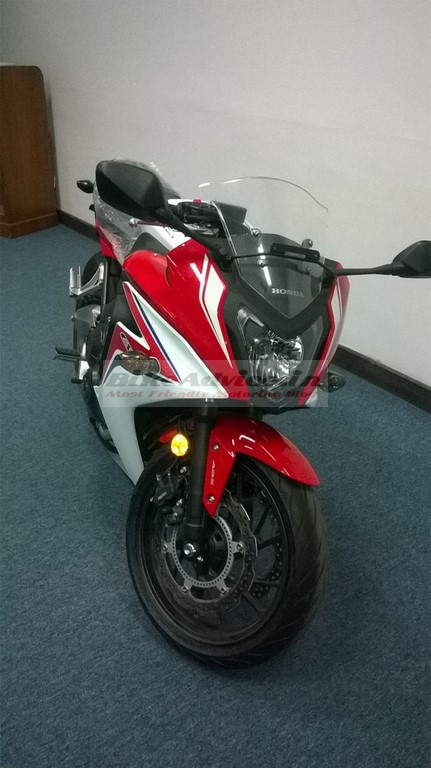 The dealer sales training has been conducted and we have got hold of the spec sheet that was shared with the dealers. Interestingly, Honda is comparing the motorcycle with the smaller Ninja 650, Street Triple 675 and Ducati Monster 795. There is no mention of Z800 which costs Rs 7.35 Lakhs ex-showroom. Though not a confirmation but does it hint at the possibility of Honda surprising everyone with its pricing…? However, on the contrary, Speed Triple ABS costs about Rs 7.91 Lakhs (ex-showroom). 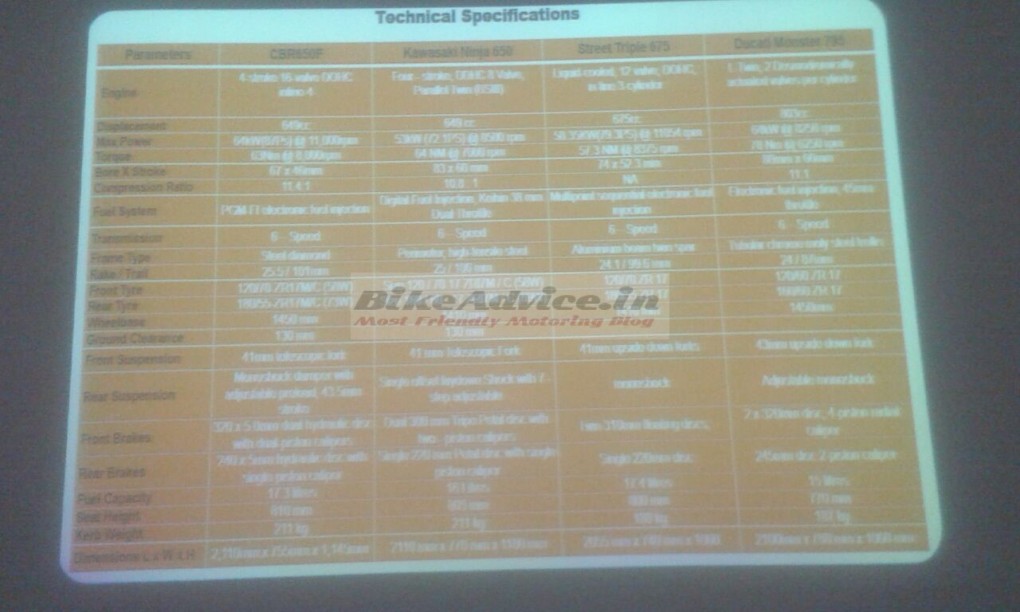 In terms of specs, according to this sheet Indian CBR650F will produce 87 PS of maximum power at 11,000 rpm and 63 Nm of peak torque at 8,000 rpm. The dealership further added that Honda’s mid-sizer will be launched initially only in one colour, the familiar Honda tricolour which has already been seen in its existing CBR range. Launch is expected sometime after the July 10th event, which may just be the Livo commuter.