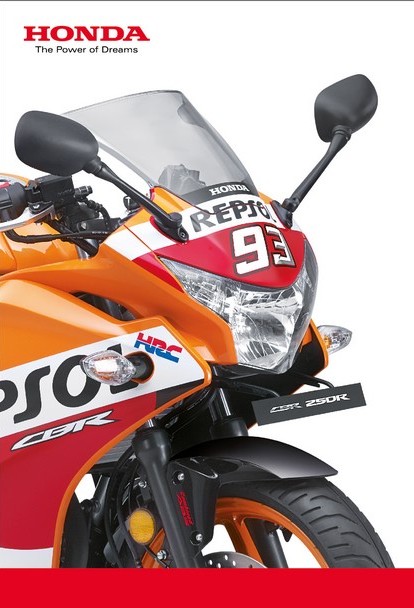 Honda India has introduced a new Repsol Honda Racing Replica Limited Edition of the CBR 250R. This time though the bike will be available in two versions, Marc Marquez 93 and Dani Pedrosa 26. Bookings for the motorcycles are now open.

Introduced to please MotoGP enthusiasts in India, the CBR 250R Repsol Honda Racing Replica Limited Edition gets a paint scheme inspired from the RC213V. The bike is powered by the same liquid cooled 249.6 cc single cylinder mill churning out 26 bhp of maximum power and 22.9 Nm of peak torque. 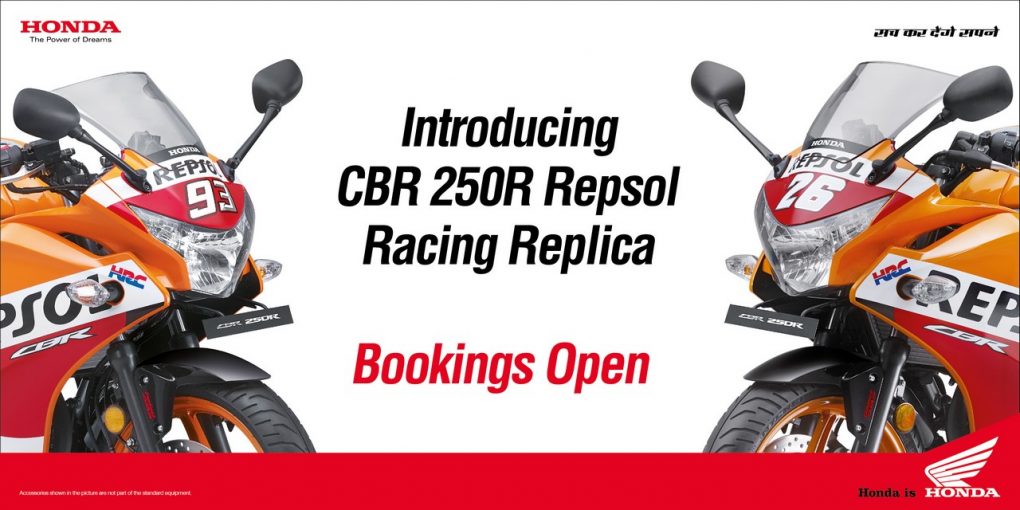 “After witnessing the exemplary performance and success of Repsol Honda Team at the at the 2016 MotoGP season, we wanted to offer customers and racing enthusiasts, a unique experience of owning their very own Repsol Racing Replica motorcycle. We have adopted Team Repsol Honda paint & graphic scheme directly inspired by the legendary RC213V including the numbers of our star riders, Marc Márquez and Dani Pedrosa.”

Now, of course, we do appreciate Honda giving us the option of buying MotoGP inspired motorcycles, especially on the CBR 250R. But what we will really like to see is some mechanical update trickling into the quarter litres from the South East Asian markets, which have already got a few major upgrades.