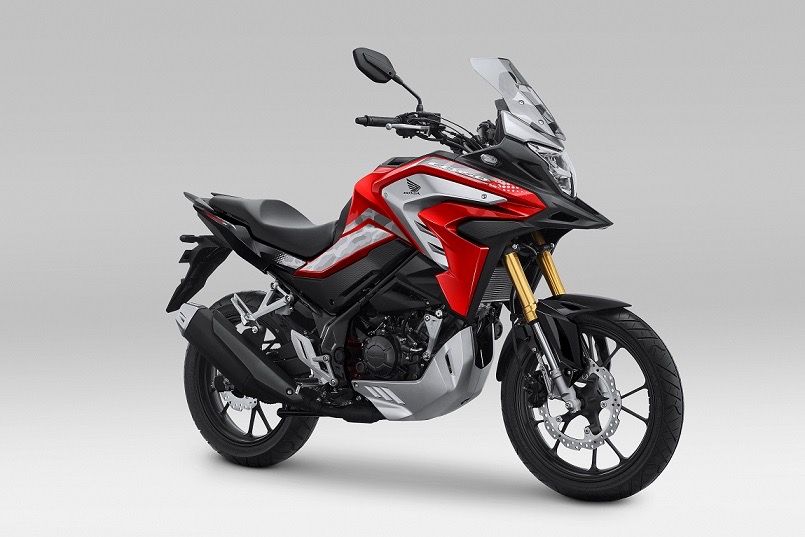 Honda CB150X price puts it between the streetfighter CB150R and full faired CBR150R in Indonesia. It is more affordable than the CRF150L off-roader.

Astra Honda Motors (AHM) – the official Honda’s arm in Indonesia, has recently revealed the prices of their new CB150X. Along with that we also have the engine specs of the motorcycle (that were unavailable at the time of unveil).

The CB150X is offered in two variants. Here they are along with respective prices.

It is paired with PGM-FI injection and is rated at a fuel efficiency of 38 km/l.

In Indonesia, Honda is offering the CB150X in three colours. The Standard CB150X is offered in Mandala Red and Amazon Matte Green. And for the Special Edition (SE) CB150X it has the Matte Black Colour.

Styling is the biggest USP of the new Honda CB150X. It comes with an Adventure like design and is equipped with a high-set handlebar position and what appears to be a comfortable upright seating. Remember, seating posture and ease of riding were the two best traits about the India CB200X that we recently tested. You can watch that review here.

The lighting system on the CB150X is full LED. It gets an adventure styled undercowl, wavy front disc brakes and 37 mm golden colored upside down front forks from Showa with 150 mm travel.

These models are also equipped with a wide selection of Honda Genuine Accessories (HGA) to add to the appearance and utility such as rear carrier, tank pad, handguard, fuel pad and crankcase engine protector.