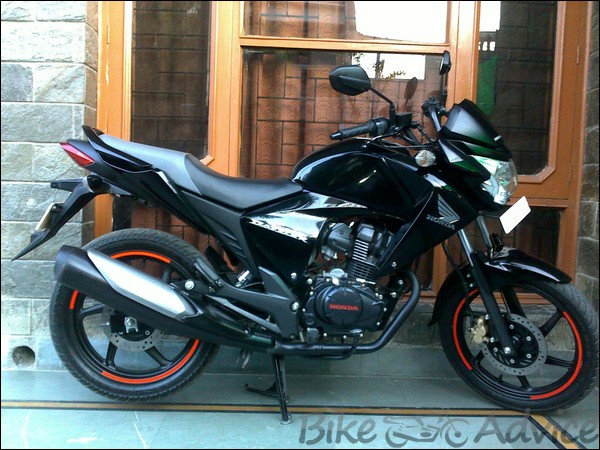 Hi All, This review, I am writing with three purposes in mind. My first aim is to try and guide the readers into buying a bike and enlist the pros and cons as honestly as I can. Secondly, I see that Dazzler is not as celebrated a bike as good as it is. So I will try to bring some good things (and of course the bad ones too) up here. 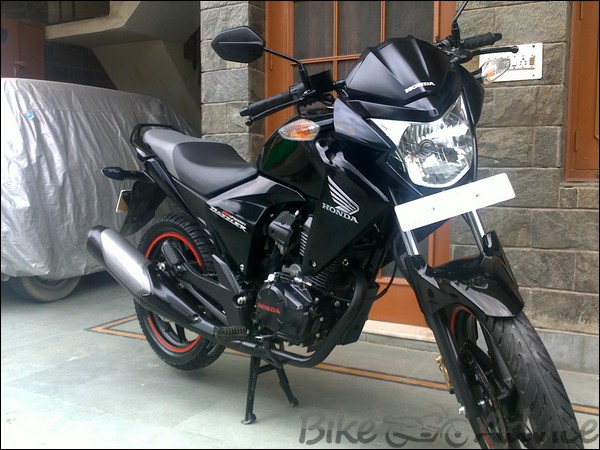 And finally, there is a prospect of having a superbike scale model at my desk should the judges find this review worthy of the same. My first exposure to thrill beyond max speed of an ATB was on Vespa NV Spl. Fast forward some years and we have a guy looking for the best in the market in 2010. So let us get down to the key drivers in my case.

I am a 29 year old Software Engineer with average height and weight (5’6” and 65 kilos). I needed a bike for daily office commute and occasional travel on highway.

Based on the ‘fresh looks’ criteria, Pulsars, Apache, Stunner and Hunk were out of the list. No matter what they promised, I was just too bored with the old looks. Unicorn was on the list for reliability reasons but later discarded because of waiting period and commuterish looks. 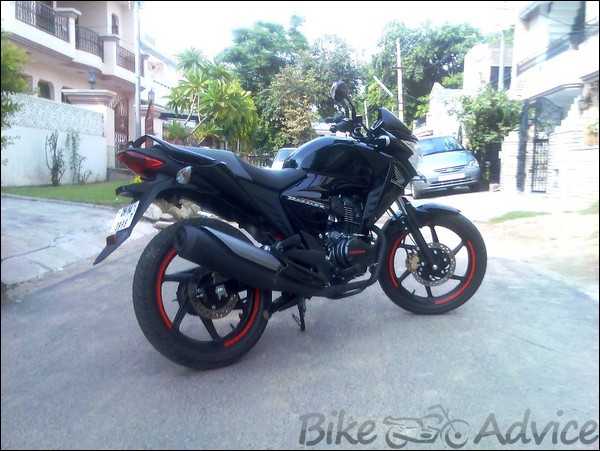 Then Honda launched Twister and added to that was a rumor that a bigger 150 CC cousin is in the making which got me waiting for any upcoming news from Honda. The distributorship won’t tell anything until Honda showcased the Honda CB Unicorn Dazzler in an exhibition that I saw in a post in at BikeAdvice. I was hopeful that the bike will be launched quite soon. That made me dream in anticipation of the newcomer.

In the meantime Suzuki’s GSx150R acted as a major diversion in my decision. While GSx150R promised to be a stable and heavy bike, I was more inclined towards the zippy and smaller Honda CB Unicorn Dazzler. Moreover GSx150R missed some features offered by Dazzler like rear disc which I consider a great safety addition. 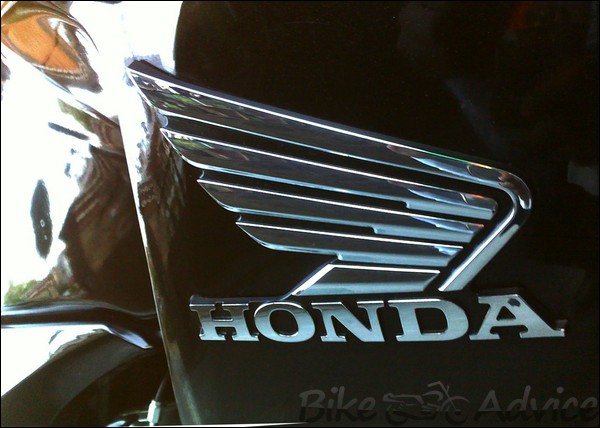 GSx150R was heavier and less agile plus less power at my disposal due to additional weight. 6 gears! I wondered how I would have managed them in the city traffic. Suzuki GSx150R was set aside even though it had a royal looking pillion seat and accessories came as standard plus larger tires than Dazzler. Another reason was weak service network of Suzuki and small market followership.

Oh well! Yamahas was also there. The R15 lost at the utility factor. Pillion space was only suitable for youngsters and it looked style-overkill for a professional commuter like me. Technologically it is a great bike with so many firsts in the category. Then was the FZ, again I thought I had outgrown it as well.

It was Honda CB Unicorn Dazzler all the way. Booked it and then began the agonizing waiting period which was prolonged by a few days because I wanted a black one. The day came and it was mine on 14th June 2010. Now, I have been riding this bike for one year and I have had all the good experiences with one exception which was due to delay in replacing a faulty pass-switch by the dealership. 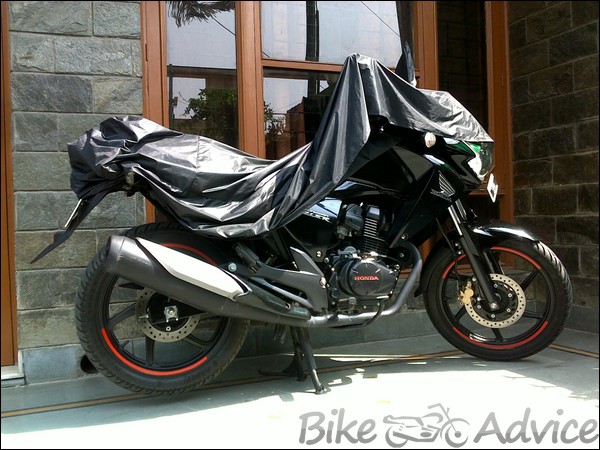 Other than that, it is a wonderful bike. I am summarizing some of its characteristics below while omitting the specs because they can be easily pulled off the Honda website by a prospective buyer. 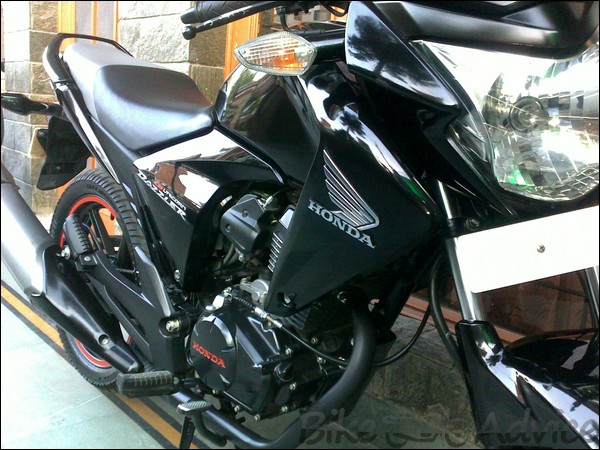 The stance is wonderful and to me it looks like an agile wild cat with a broad muscular bust and a lean rear. The shiny two discs and golden caliper mounts add to the stance. The unusual tank shrouds give it a sabertooth kind of stance from the side. Paint work is wonderful with a pearly gloss that sparkles in the sunlight.

The bike is light and has no nonsense parts. The bike employs engine as a stressed member of the frame. That is, engine forms a part of the frame and shares the load with the frame. Because no frame is running below the engine, it helps in lowering the COG because engine is not mounted ‘on’ the frame. Increases stability and reduces weight and vibrations. 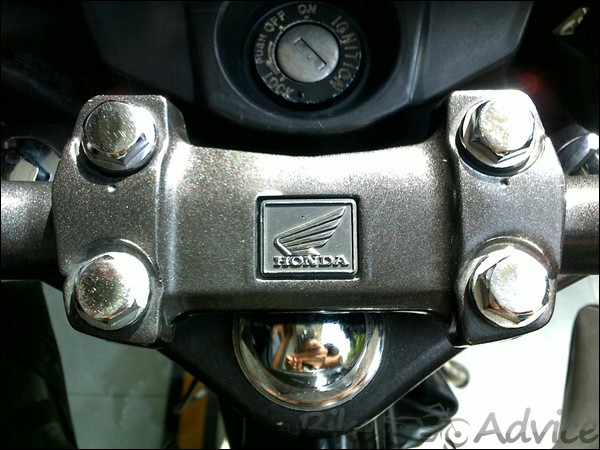 Viscous air filter used require far less maintenance and are far more reliable than the conventional ones. With new Maintenance Free battery for starter, they have omitted the kick altogether. In one year of riding, I have never had to crank the starter motor more than twice even in severest of winters! O-Ring chain offers clear maintenance benefit than the conventional chains. The unusual tank shrouds also help a great deal in maintaining aerodynamics and keeping rubble (and cold air in winter) away from the foreleg and directing air towards the engine. A nice useful component I would say. Adjustable mono-shock suspension adds to on road stability and comfort. Tires are tubeless and enhance confidence at high speed by protecting against sudden flats. In one year of riding, I have not had a single flat! Rear disc brake was a great purchase driver for me because it was a first in 150CC segment and also added great deal of confidence and reliability to rear braking.

The bike fails at no details related to workmanship however I felt that tool box is bit small for the tool kit provided and I have to fold the service book to fit it in the space provided. Apart from that, all the components are well detailed.

This is something that I noticed missing from the Pulsar and in GSx150R. Especially the parts that are cast and not machined. Paint is also top notch and the black one has a pearly glaze to it that makes it shimmer in sunlight. We have lots of modern goodies here starting with a tachometer, electronic fuel gauge and speedometer, an electronic trip meter, blue backlit LCD and illuminated. I miss an engine kill switch and have to reach for the keys each time I have to stop the engine. Silencer note is a combination of its nimble style while hinting at the underlying power.

The engine is a retuned version of the time tested engine shared with CB Unicorn. The bike never seems to go out of breath. I have driven it to three digit speeds on the highway for long durations and it has never seemed to be struggling. Between 3K to 8-9K RPM, it has almost uniform power delivery in any given gear. Shifting is a breeze and no need to struggle with neutrals. I have extracted a mileage of around 45-50 Km in city while riding at 60-80 kmph. I the rear mono shock add to stability especially when cornering on the roads with some undulations. Honda CB Unicorn Dazzler never loses its composure whether on wet road or potholes. The bike’s seating is a bit low and engine is also low enough due to the new frame design (mentioned above) which causes it to be so stable that I can probably touch the road while extreme cornering should I try. 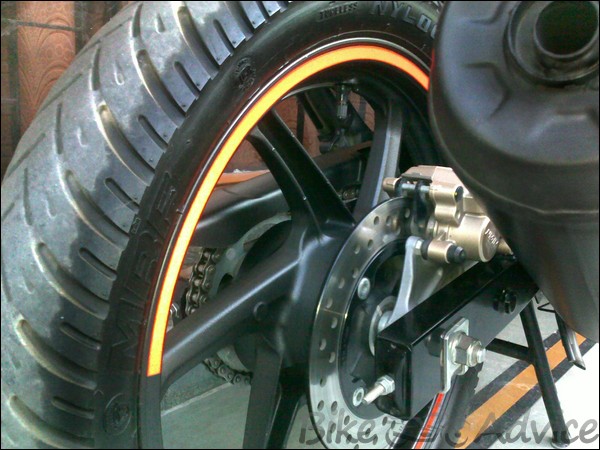 Brakes have a pretty linear modulation. Even if you press the brakes suddenly as in case of an emergency situation, there is less chance of tires locking and slipping because of this virtue.

After riding it for two to three hour trips at a stretch I have no complains of any pains or discomfort in the palms, shoulders or back. Maybe due to upright riding posture that it is designed for. Pillion seems to get bit anxious on long drives because the seat inclines downwards; a common issue with all bikes in this league.

Well, I can go on and on into finder details of this nice machine. Only to say that if you fall in my kind of category and physique, this is the best bike within a great budget and quality assured. Please ask if you have any questions about this bike. Have a good riding experience and put that helmet on all the time.