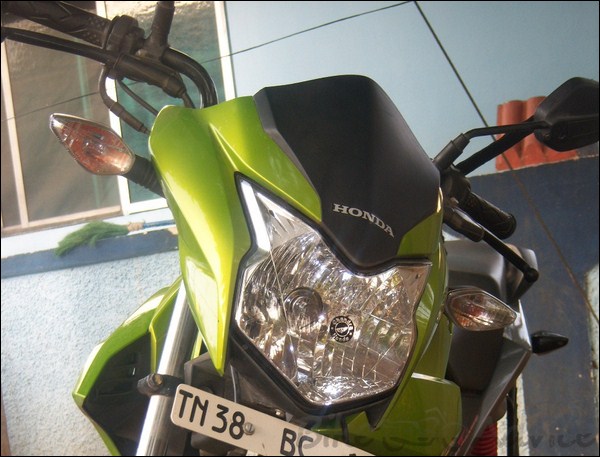 Well, to begin with, my decision to get a bike was out of nowhere. Till then, I hadn’t even dreamt of getting one. So, finally when I decided to get one, I had only one thing in mind. Fewer visits to the filling station so that I don’t bother my dad with the running costs. Also, since I don’t travel on highways that often, I decided to zero in on a commuter bike. Having said that, I was not interested in the stereotypes like the splendours, the platinas and the discovers. 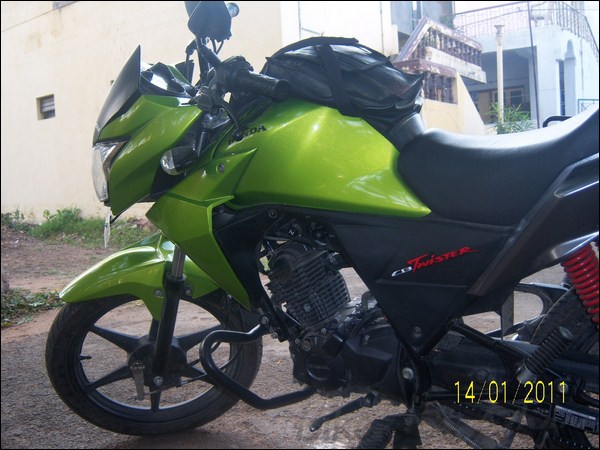 When I first discovered that HMSI had launched the CB Twister, I really liked it by the first of its looks. Although I had a slight apprehension if the sexy styling of the bike would suit me, I decided to check it out directly at the show room. Some bikes look ravishing in pictures, but only just ordinary when glanced alive. But this little beauty looked even more stunning in its flesh and blood.

I was allowed to drive the bike for a short distance and the moment the bike leapt forward, I decided to make it mine. Having owned the bike for almost 6 months now, I wanted to share my experience. This website has now given me the opportunity. So. Here I go.

As I ve already mentioned, Honda CB Twister looks damn hot. This is the little brother of CB1000R as most of the styling cues are inspired from this world famous bike. The front cowl and head lamp makes the bike look muscular. But as you walk across and see the bike on its sides, it looks quite slim. 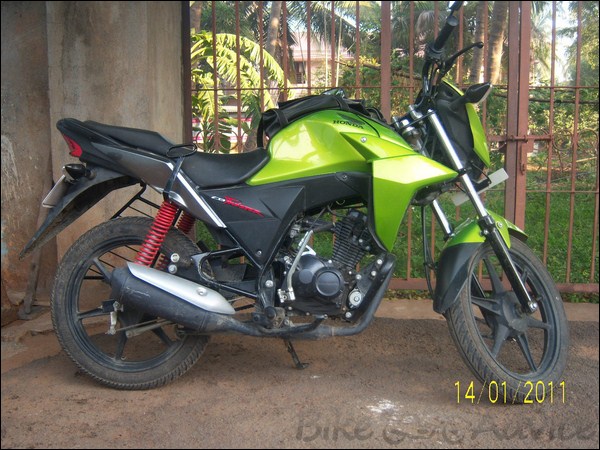 The only thing that I hate about my bike is its grab rails. They just don’t seem to suit the bike. The paint finish is top class and the odo is adequate. But over usage of plastic (obviously for cost factor) makes the bike look cheaper. Never the less, this bike gets a lot of stares on the road. Overall, the styling is funky and undoubtedly the talking point of this 110cc bike.

Honda CB Twister has an upright seating posture and I ve never had a sense of discomfort riding this bike. Infact, this is the best bike I ve known for city driving. The fuel tank is in such a way that my knees seem to rest perfectly. The foot pegs are also comfortable.

The technical data shows a maximum power of 9bhp@8000rpm. Forget all these technical stuff. The moment you twist the accelerator, you find that the bike plunges forward with a lot of enthusiasm. Even in top gear, the bike has ample torque to move as low as 20km/hr. The bike seems to be fine even at speeds of 90km/hr and with a little vibration, the 100 mark can be achieved which is amazing for an 110cc machine. 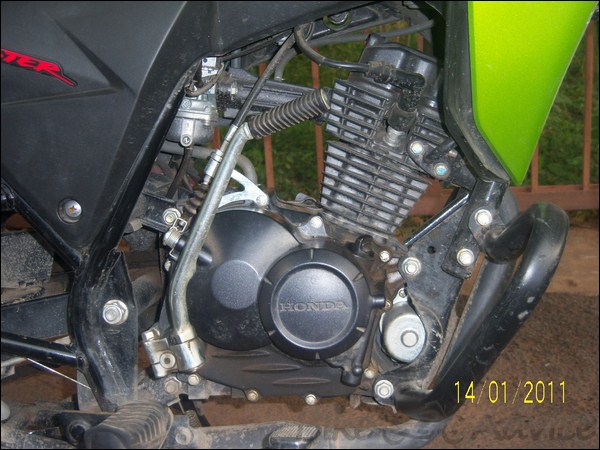 It makes 0-60 at just under 7 secs and gives most of the 150cc bikes a run for their money. Its nearest competitor is the pulsar 135 and I ve found the twister outrun the pulsar on so many occasions.

Even though HMSI promises a mileage of around 70km/litre, Honda CB Twister delivers an overall mileage of 65+. But with proper handling and with a good run in period, you can achieve 70+ consistently in the city and around 75-80 in the highways

The bike comes with rear drum brakes and front discs which are optional. Mine is the one with drum brakes at the front and I don’t find anything wrong with them. The bike obeys your orders and stops exactly where you want it to stop.

The handling of twister is nimble and it is easier to drive through city. The suspension adds to the styling of the bike. But the spring loaded hydraulic shock absorber at the rear has a travel rate of only 50 mm. That was quite disappointing. 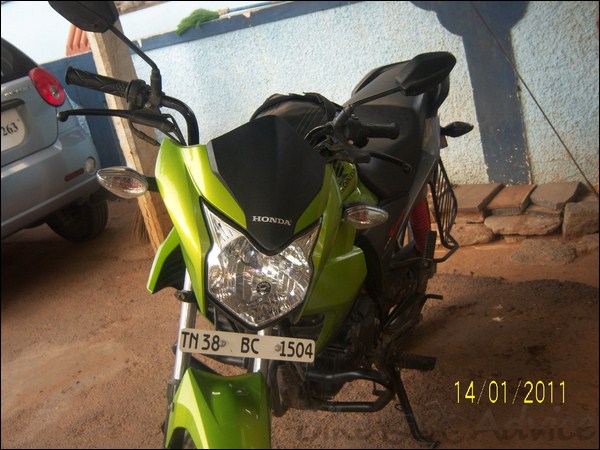 A suspension with a better travel rate would ve served better. Ground clearance of 180mm is high enough to get a comfortable ride on Indian roads. The thinner tires keep the bike amazingly stable even at higher speeds. Overall, the ride feels comfortable and I ve no issues with it. At a point, I had to drive about 50 kms a day on a rough NH 67 that connects Mettupalayam with Coimbatore. This road is known for its worst conditions and I never had any problems what so ever even at these extreme driving conditions.

5 Reasons to go for this bike

If you want a bike with extreme performance, decent fuel efficiency and stunning looks, go for this little beauty, Honda CB Twister, and am sure it will be a delight to drive this bike around. 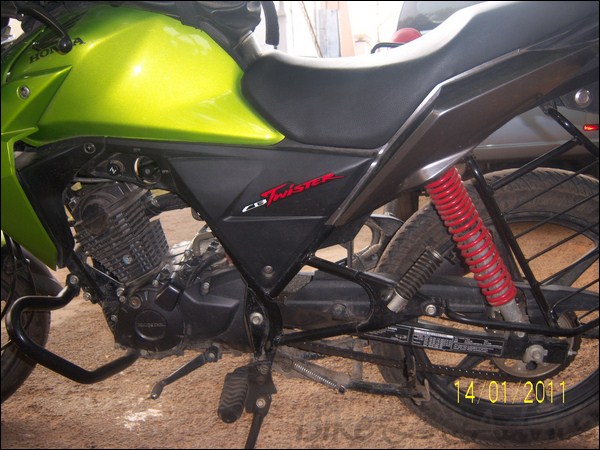 Have a safe ride. Feedbacks and clarifications are welcome and am always obliged to answer your queries.