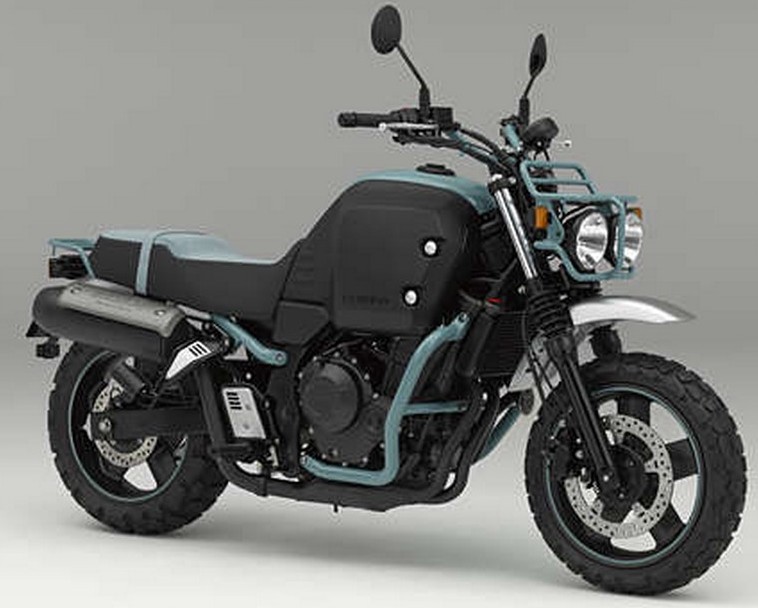 Honda has showcased a very interesting ‘Bulldog’ concept at the 31st Osaka Motorcycle Show. The concept aims to bring a whole new meaning to the idea of leisure with motorcycles and grow as a ‘lovable touring partner’. While the design does seem to be out of the 80s, the modern touches make it an eye catcher, for sure… 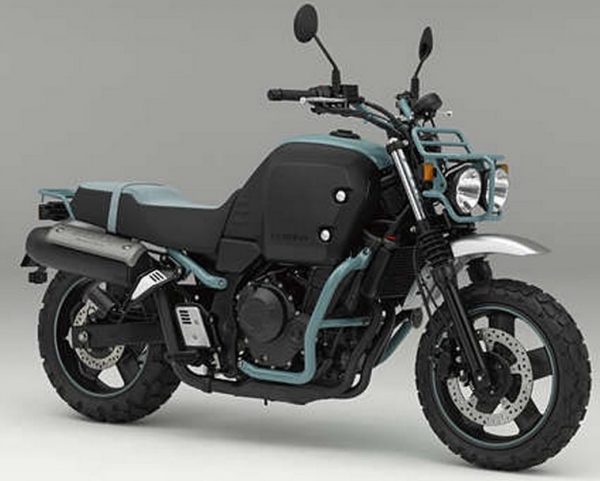 The bike features an in-line two cylinder liquid cooled DOHC 399 cc motor (ears up…!) which Honda says, has been tuned to be powerful but at the same time easily maneuverable in urban as well as rural tarmacs.

The average seat height of 703 mm is low and the wheels are rugged looking 15 inchers which carry an air of go anywhere capability. The classic twin pod head lamp console attracts attention while the safety bars around the lamps shower a charm of its own. 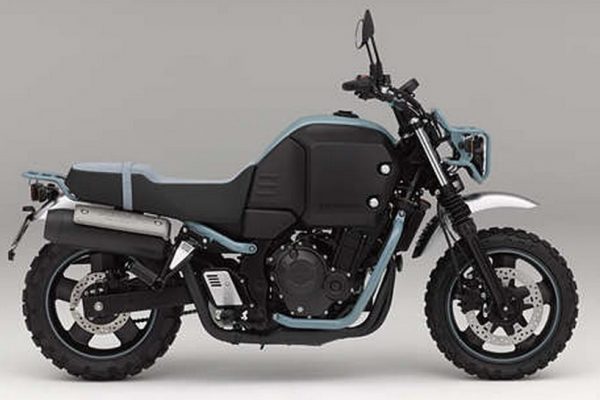 The two-tone blue and black paint scheme also deserves a mention as it kills the monotony of the otherwise all-black motorcycle. The Bulldog features a handy accessory storage space around the fuel tank which backs up as a styling element as well.

The simple layout with linear flowing lines make this new Honda Concept stand out from the crowd. While most of the motorcycles struggle to be as aerodynamic as possible this one gives a rat’s arse to smoothness and stands up tall against the wind. 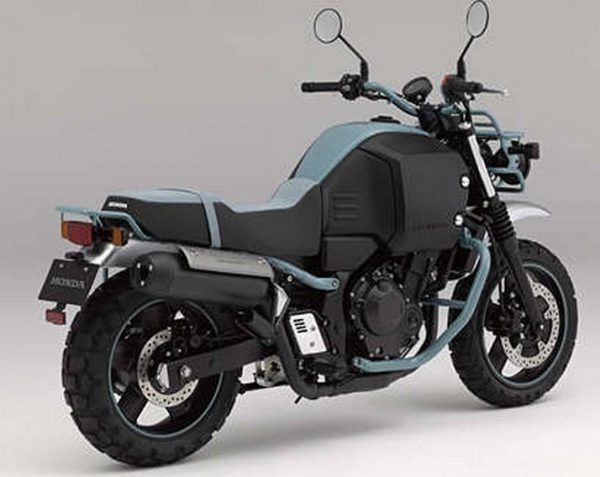 Honda will also showcase the Bulldog at the Tokyo Motorcycle Show next week. So, since your ears are all up, will you want to get this Bulldog tamed in your garage???