Astra Honda Motor (AHM), a 50-50 joint venture of Honda Motor Corporation of Japan with Astra International of Indonesia, is aiming to build a new plant in Indonesia.  The said new plant will have an annual capacity of 1.1 million units per year and will be expected to become operational in second half of 2013.  The said plant will require investment of 3.1 trillion Indonesian Rupiah (Rs. 1,690 crores) and will generate employment of 3,000 workers.  The plant will be built in Bukit Indah Industrial Park which is located about 70 km east of central Jakarta. With the addition of new plant Honda’s total production capacity will increase to 5.3 million units annually in Indonesia. 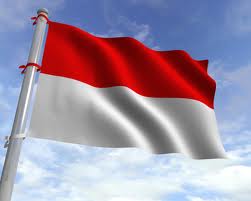 On the announcement of new plant, Yusuke Hori , President Director, AHM said “We are 100% committed to supplying the best quality products with advanced technology for affordable driving fun and friendly environment in accordance with the needs of consumers.”

The new plant will be built by AHM with the concept that is able to reduce the amount of CO2 emissions and use of natural resources such as wind power, solar power plants and other natural resources.  The new plant will be designed in such a way that every production process will be convenient and advance for factory labor and at the same time environmentally friendly to the surrounding community.

It is to be noted that Indonesia is world’s third largest two wheeler market and it is expected to cross 10 million units’ sales in couple of years. Currently, it is dominated by Honda and Yamaha with Indian manufacturer Bajaj Auto and TVS Motors has negligible presence in this market. However, both Indian companies are bullish on business in Indonesia.