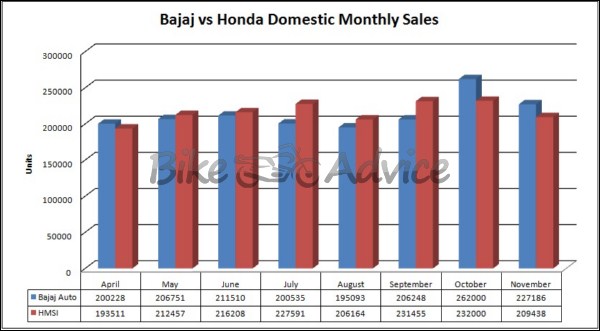 HMSI sold 17.29 lakhs units during April to November 2012 compared to 17.10 lakhs units of Bajaj Auto for the same period in the domestic market. HMSI has maintained the lead of around 19 thousand units in the year till date figure. We expect Bajaj Auto and HMSI to report similar sales in the December 2012. Having said this, HMSI will maintain its year till date lead in December too. However, in the month January 2013, Bajaj Auto will launch new 100cc motorcycle which will definitely bring volumes to the  company in the domestic market.