I know that this is one hot topic that is creating a staggering presence amongst all; both in terms of technicalities as well as its road presence after the installation. So What are HIDs Ok, I do agree that it’s mere white light, but what makes it so special that is one step ahead in terms of technology? Because even other top brands and some Chinese brands have halogen bulbs with a blue tint coating that resembles HIDs. Lets do a deep diving session on HIDs.

What is a HID: A simple abbreviation of HID is High Intensity Discharge. A halogen bulb consists of a normal filament resembling a normal bulb but with some inert gas surrounding it, when current applied at the hot and the cold terminals the filament glows brightly producing light. In contrast the HID bulbs has not filaments at all, but instead consists of Xenon gas, mercury and metal halide salts that are ignited by an arc of high voltage current that glows brightly. 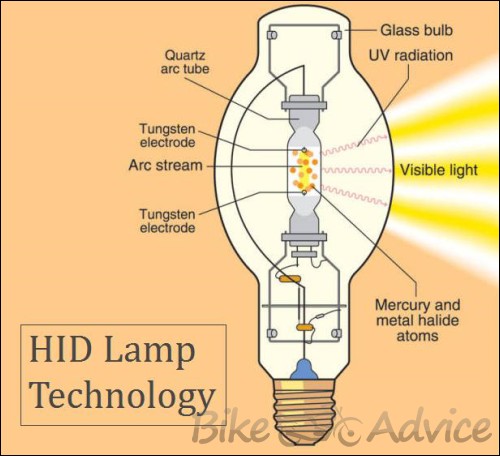 The high voltage that is required by the bulb for arching is generally produced by Ballast that works on DC power. Although these HIDs sometime before were to be found only in expensive and exotic cars, now they have come with different pricing and technical options that can be easily installed in today’s Motorcycles as well.

Why Install HID’s When I have Halogen: Although this is purely a personal choice HIDs produce 300% more light than normal halogen that gives great illumination in the nights that are really helpful for tourers. HIDs can also produce two different beams namely the Hi and Lo from a single bulb by a small magnetic solenoid that moves forth and back and are known as Bi-Xenons that can be used for vehicles carrying the bulb type H4. There are also single beam xenon’s that can be installed in H4’s. 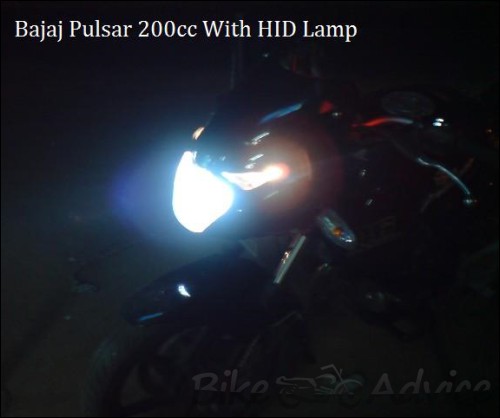 Color Options Available in HIDs: There are plenty of color options available from some of the unknown manufacturers ranging from golden yellow to bright pink. But generally 4100K where K is the unit of color temperature which gives out Bright Daylight white and 6000K which is bright white is permitted in most of the countries. There are also other manufacturers who produce HIDs with a color temperature ranging from 4100K to 30000K but anything above 6000k is illegal in any country. The more the Kelvin the more bluish the light will be and the end results will be more fatigue resulting to some nasty disasters at night. That’s the reason why company manufacturers stick to 4100K and 6000K. 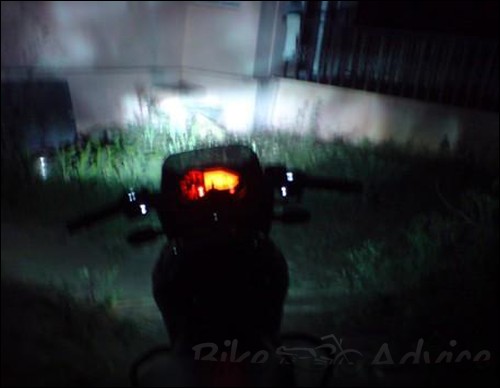 Can I Install HIDs in My Current Bike? The answer is yes; of course you can install it in your current bike, with lots of aftermarket HID conversion kits available in the market today but conditions apply satisfying some of the main factors. The Battery, the more the amps the better it is, minimum 12V 9A battery will do the job perfectly. Although it is illegal in India to use HIDs without projectors one can install the HIDs with the given LOBES that minimizes the direct contact of the light source to on-coming vehicles thus minimizing distractions. The advisable color range is always 4100K where there is abundant light that can be used. The more the Kelvin the less the light on road because of the reflections and always remember the higher Kelvin range HIDs are cop magnets. The last one is the bulb type as most of us carry is H4 generic and only Pulsar 220 has H7 that is of a car’s model anyone can install it specifying the type of the bulb.

How Are HIDs Priced: This is where a lot of people back-off considering its price. Yes, HIDs are a bit expensive, they cost from a mere 2500 rupees to a whopping 12000 rupees for bikes and same for the cars depending on the quality of the product. The Chinese ones will be the most inexpensive but branded ones like Philips and Osram will cost you more than 6000 rupees and they go all the way up to 12000 but as they are OEM manufacturers they do not exceed 6000K for safety purpose. But, investing in HIDs is a wise investment that one will never regret later for the amount of illumination and the life hours it is always worth every penny.

What Should I Look Into While Buying HIDs? The first and foremost thing is the brand, although Chinese ones are cheaper they are not worth even that money as they can trouble you from day one as they don’t carry a warranty with them. Branded HID conversion kits come with a standard one year warranty that can be replaced with the new ones if they are found to be defective in nature. The second thing is the Kelvin color temperature; do not exceed 6000K as anything above 6000K is illegal and the best known cop magnets.

Inside The Box You Will Find: One HID bulb, one wiring Harness, one Ballast with built-in igniter and one relay. 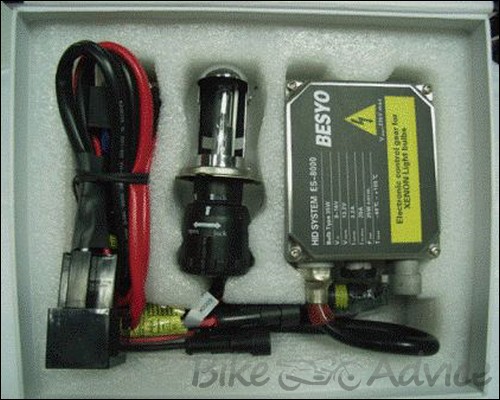 Although HIDs are a boon over the conventional halogens, these should be treated and used in the way it is meant to be as using technology in illegal ways can lead to some nasty disasters.