Hi-Bird, an ISO 90001 company and one of the largest bi-cycle exporters in the country, launched electric scooters. The company’s cycles are available in India and are also sold in USA and Europe. The company claims to promote their products as a blend of “European quality, Japanese Technology and African sturdiness”. With the launch of their two wheeler electric scooters they seem to be flying high. The company launched its two electric scooter models with a claim that they can achieve a top speed of 100 Km/ph. 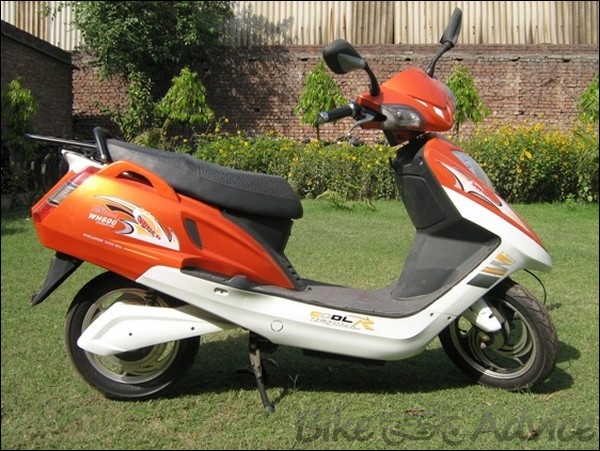 The e-scooters are easy to maintain and can be easily charged within 5 to 6 hours. As far as the performance is concerned, the scooters can run 70Km per single charge. One thing different in these two e-scooters are that they sport a lithium ion battery unlike all other e-scooters that sport lead-acid batteries or nickel-cadmium batteries.

Mr.R.D.Sharma, the chairman of the Hi-Bird group of Industries, said that these e-scooters are introduced in the market with a goal to ‘Go-Green’. He said that the vehicles will encourage the efforts to reduce air pollution. The futuristic-looking scooters feature an electric motor mounted in the rear wheel, which is powered by lithium-ion batteries.

These new range of scooters can be charged easily using any household plug point. The carrying capacity of the scooters according to the company is one adult and one child. Priced between Rs. 27,000 and Rs. 28,900, the two scooters are targeted at working women, youngsters, senior citizens as well as professionals. Mr. Sharma also said that the launch of these e-scooters was possible only after the government of both state and center declared subsidies. In fact, the state governments of Delhi and Chandigarh offer 20% subsidy apart from the central government rebate of 15% on electric two wheelers. Overall the picture looks good for the e-bike market and we can see a lot more of them knocking our way soon.