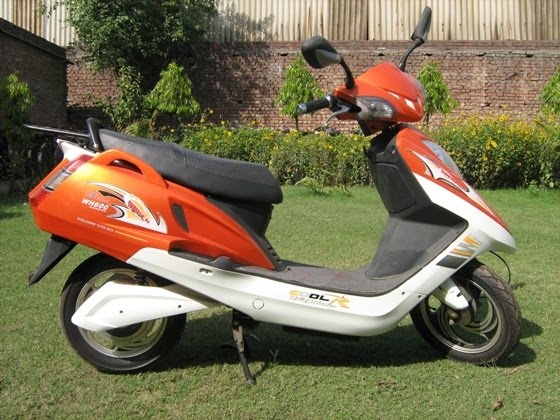 “New electric scooters in line with the go-green goal have been launched to complement efforts to reduce air polluting vehicle emission and we plan to sell 10,000 units in one year,” Hi-Bird Safari Group Managing Director Mr R D Sharma said.

The incentives offered by the Centre on e-bikes encouraged the company to enter the e-bike market, Mr Sharma said. The Ministry of New and Renewable Energy offers discount of Rs 4,000-5,000 on two wheelers, with its Rs 95-crore incentive schemes, he said.

The size of the e-bike market in the country stood at Rs 600 crore, with total volume of 1.60 lakh units and 30 per cent of the market is with unorganised sector, he said. The company would be importing engine and other critical parts from Korea and Taiwan and assemble it in its facility in Ludhiana. The two wheelers would have a top speed of 100 kmph, with a maximum range of about 70 km after each charge of 5-6 hours.

Hi-Bird has kept the price band in the range of INR 27,000 to INR 28,900, he said, adding that the company would be appointing 100 separate dealers from bicycle dealers for selling its bikes. “We will not sell our electronic two wheelers through bicycle dealers as it requires a complete set up for taking care of requirements of e-bike,” he said.

Hi-bird is one of the largest bicycle exporters in the country, with a manufacturing facility in Ludhiana, Punjab.