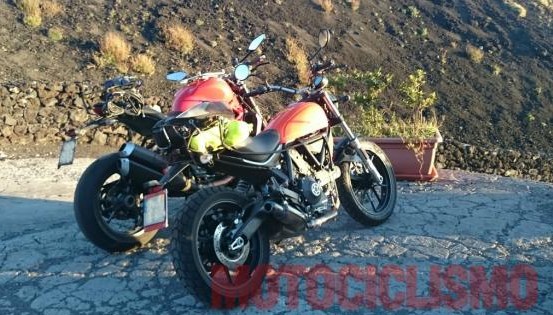 With EICMA coming ever so close, Ducati’s box of secrets finally seem to have started to unravel with spy shots coming in of what possibly is the new 400 cc Scrambler. Yes, the deal about a smaller capacity Scrambler does not seem to be a myth after all. The prototype spotted was sans camouflage and can be safely assumed to be production ready.

The images shared by the folks of an Italian magazine called Motociclismo, show a motorcycle with claims of an air cooled 400 cc twin cylinder engine. A smaller engine with a lower output than the present Scrambler’s 803 cc 75 HP will not just help in serving a wider audience in Europe which has strict license restrictions but also in emerging markets thanks to its lower costs.

In fact this is one motorcycle which can create a huge success story in India and other South East Asian countries, obviously if and when launched. The images reveal several interesting bits which reaffirm our belief that this may just be the 400 cc Scrambler, which was speculated barely a few days back. This includes regular front forks (the bigger Scrambler gets USDs), rounded mirrors and a thinner swingarm. 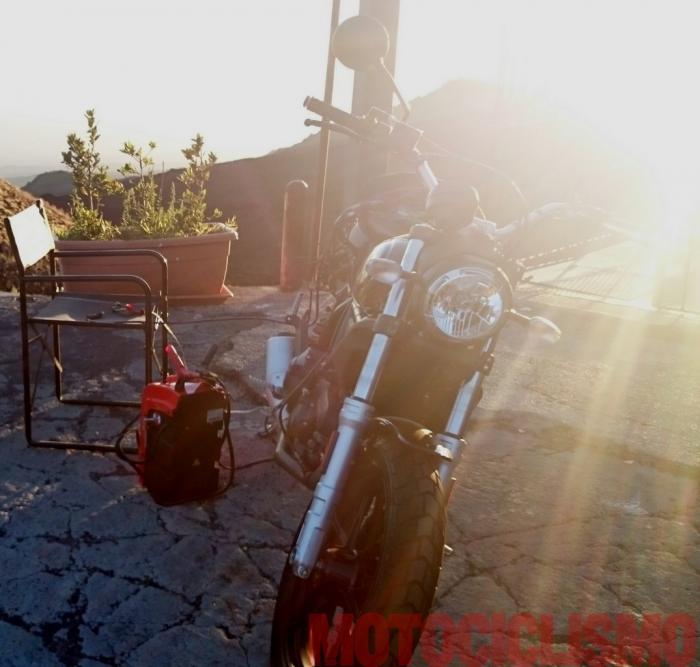 The bike also continues to sport single disc brakes at the front and rear and a monoshock setup at the rear. At EICMA, Ducati will be unveiling 8 new products and this Scrambler 400, if it is one, will hopefully be one of them.