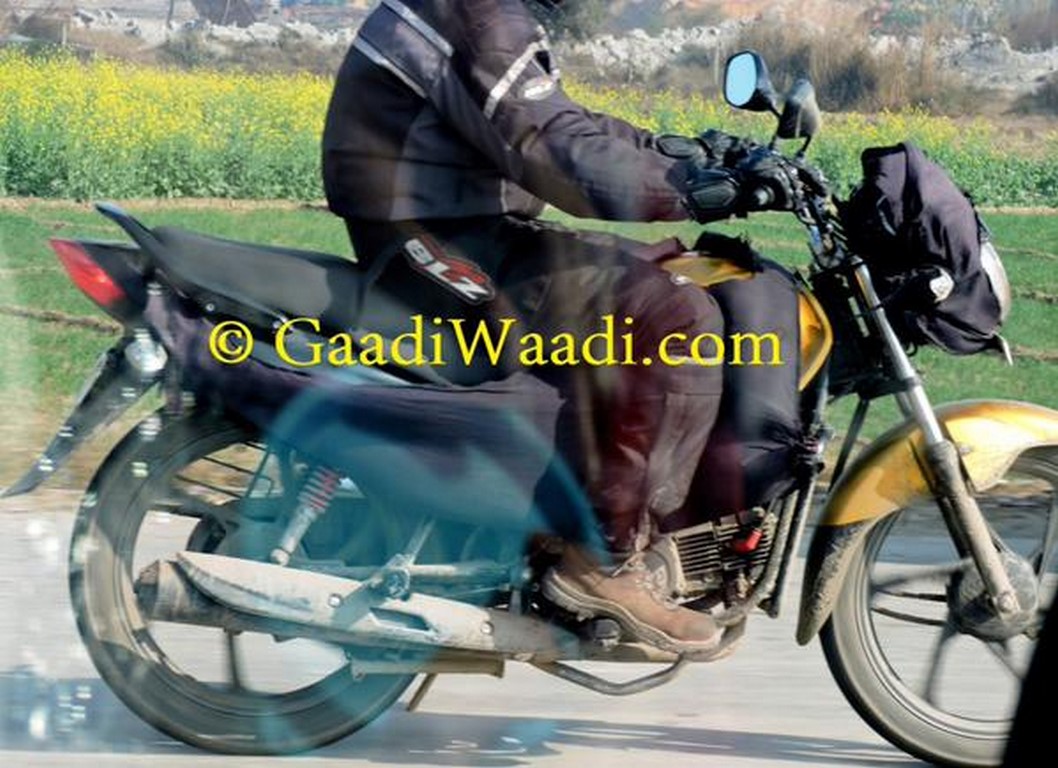 Hero MotoCorp’s continued stellar performance is almost wholly dependent on their entry motorcycles – Splendor and Passion which form the majority of sales for the company. Apart from some larger capacity motorcycles, Hero is also working on updating their bread and butter motorcycles. 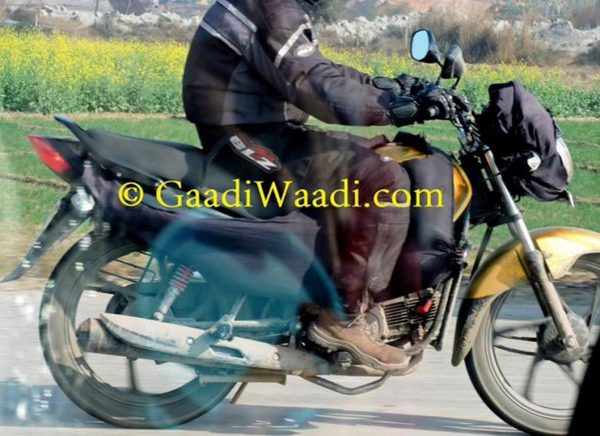 Shown here are new spyshots of their upcoming small capacity motorcycle, courtesy Gaadiwaadi, which was spied a few days back as well. The difference is that these are much better, clearer and confirm that this is the some new Passion in the works. The bike gets a newly designed tail lamp which is sharper and rest of the stuff appears to be similar to the current version, apart from what is hidden under that cloth.

Like what we have mentioned the last time, there would be some mechanical change otherwise Hero would not be testing it on the roads for minor cosmetic niptucks.

The next question is what..? 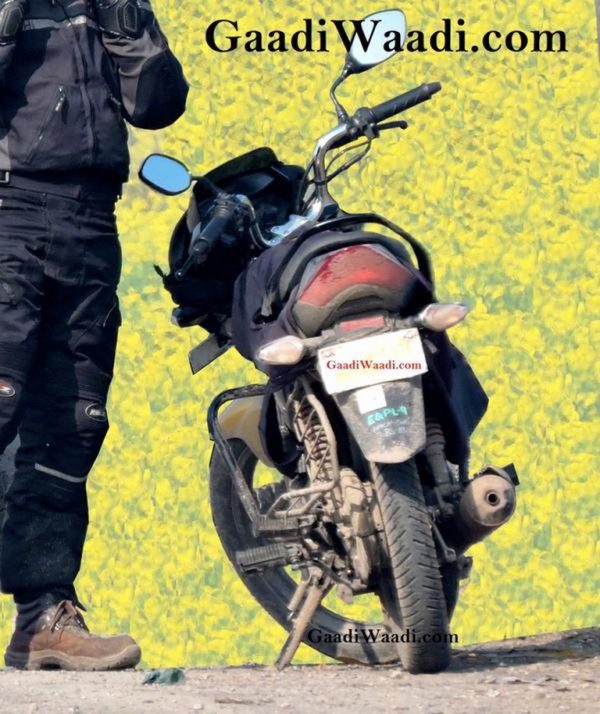 There are all the possibilities of something related to the engine. So if we have to speculate this could be a new indigeniously developed 100-110cc engine, or a possibilty of Hero tasting waters with a 125cc version of Passion.

We took the featured pic (first pic of this article) and compared it with the engines available in the entry level Hero range. Among the horizontal mounted motors, Hero uses 100cc and 125cc engines whereas their 110cc motor on the Passion XPro is vertically mounted (and is the same one which is used on Honda’s Twister and others). 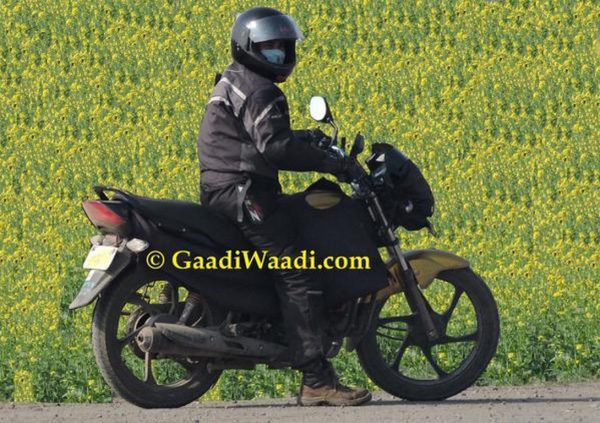 The confusion, however, is that the 125cc engine (used on Glamour, Super Splendor) has vertical fins whereas this mule is carrying horizontal fins just like the 100cc engine (as on the current Passion Pro and others). So, we have not landed upon anything through which we can specifically understand what is Hero working on, on this hidden Passion mule.

This makes us more inquisitive about what’s brewing….We are trying to dig deeper and let us hope we have some new concrete updates soon.