We had just posted a couple of days back, the way Munjals led Hero MotoCorp had performed in the last quarter. The company managed to produce fantastic sales figures and is been consistently growing leaps and bounds in the sub – continent. 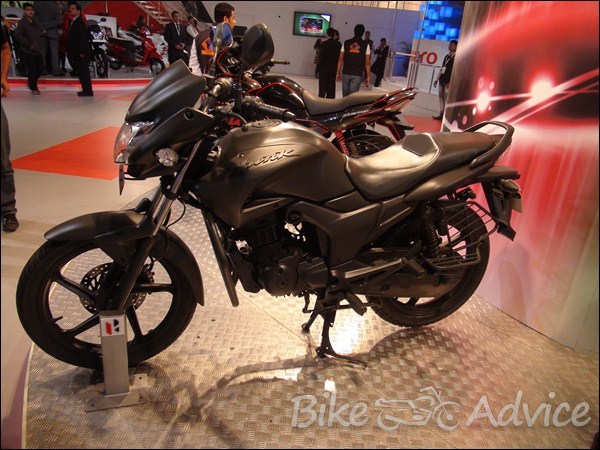 Off late, the depreciation of INR in the global market is more likely to lead to around 24 per cent increase in Hero MotoCorp’s royalty payments to its erstwhile partner Honda. This figure is pretty high than what HMC expected at the start of the year 2011 – 12.

Mr Ravi Sud, the Chief Financial Officer (CFO) said at an investor call, ‘However, the rupee value of yen denominated payments could drop from the next fiscal on expectations of an appreciation of the rupee.’

“We expect the royalty payment for the March quarter (Q4) to be lower than last quarter, as we expect the rupee to appreciate from the current levels… Rs 53-54 (versus dollar) is not stable,” he said.

In the third quarter which got ended by December 31 last year, the world’s largest two – wheeler manufacturer paid a whooping sum of INR 228 crore to the Japanese firm under a technology licensing pact that stretches till June of 2014.

Hero MotoCorp also expects the fourth quarter payment to also remain at the same level or lower than the third quarter. In the first and second quarters of the current fiscal, the company had  paid a sum of INR 180 crore and INR 210 crore respectively.

It is also to be mentioned that the cumulative royalty for the year 2011 – 12 is pretty higher than what it had expected when it actually signed the licensing pact worth ¥45,000 million (about Rs 2,400 crore)with Honda in the month of April last year.The amount was payable over a period of 14 quarters.

“The royalties will be paid in annual instalments to Honda … Our estimate is that it will increase to Rs 670-680 crore a year till 2014,” Mr Sud had said in April last year.

However, the cumulative royalty for 2011-12 is now likely to be around Rs 846 crore (if Q4 royalty is also at Rs 228 crore). Despite higher royalty amoubts paid to Honda, Hero MotoCorp’s profits in the December quarter rose by 43 per cent to a record of INR 613 crore. The company also managed to sell the highest – ever number of two wheelers at a figure of 15.89 lakh units.

Besides being a successful company in India, HMC also has serious plans of foraying foreign markets in order to increase its profit.  The company plans to enter new overseas markets somewhere by the first half of 2012 – 13, as it finalises its partner and business model with which it would operate in its new markets. It had earlier planned to expand exports in the current quarter.

“We are completing our strategy, business model and partners to enter into the new markets. We should be able to start our operations in the next couple of quarters,” Mr Anil Dua.

At the same time as HMC concentrates on tapping the potential in untapped markets, it is also trying to increase its output capacity in the domestic market.

The output across its three plants at Haridwar, Gurgaon and Manesar is being increased to seven million units by March, from a present capacity of 6.2 million units.

As part of its expansion plans, the company has also increased its workforce by hiring another 255 engineers at its R&D centre, and hopes to develop its own bike by the year 2015.

So guys, wait till 2015 to see a whole new bike concept from HMC which will be developed by itself and now by depending on its ex – counterpart. So, here goes the scoop. Will HMC showcase the new concept bike in the Delhi Auto Expo 2014? Answers please!