Off late, I’ve been interested in all the news about Hero MotoCorp, which was Hero Honda earlier. As an Author here with BikeAdvice, I’d to follow closely every single news about the world’s largest manufacturer of 2 wheelers owing to the fact that were upgrades on these bikes all of a sudden. 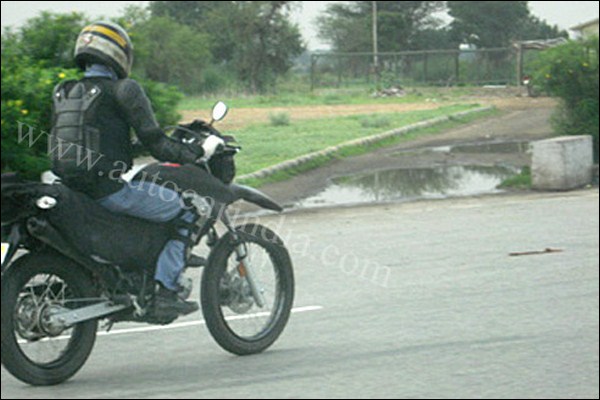 The best part was when the company announced its plans of coming up with a dirt bike for the Indian market. Ever since this news was out, my eagerness grew many folds. This news was out a little before the news regarding the company’s name change was brought into limelight. But, I still had a doubt if the bike will surely stray along the Indian roads or not. This doubt arose because the company had announced earlier that it is foraying into new markets across the globe which is likely to include Africa and the Latin America.

Now the spy pic of this dirt bike for India is captured by Mr. Prateek Khandelwal from Haldwani in the state of Uttarakhand who is an Autocar India reader. Though the bike is camouflaged, major design can be observed from these images. 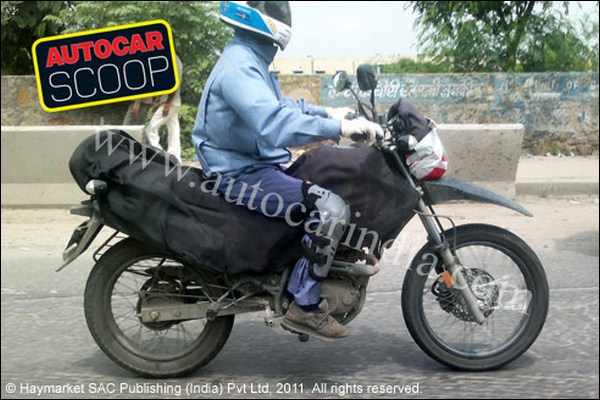 The images suggests the fact that the bike has high floating front mud guards which are essential for any dirt bikes and those that are used for off roading purposes. Also observed are pretty big aerodynamic shrouds along the fuel tank which is gonna make it a macho looking bike.  There is also likely to be a small fairing above the headlight. 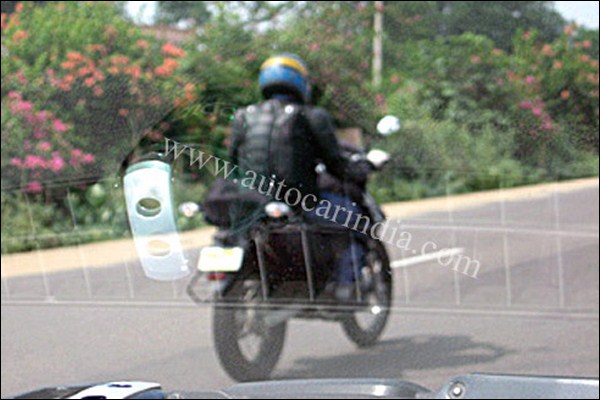 The image suggests the fact that the seating position is a little upright which is ideal for a dirt bike. The tyres don’t seem to be those exclusively to cater the purpose of the design of the bike. But, this is just in the initial stage of testing and it can so happen that the tyres are changed when it comes to the market.

The best part of this bike that I found impressive is the fact that the exhaust of the bike is situated below the seat which creates extra expectations within me. The bike has telescopic shock absorbers at the front and no rear shocks are seen in the pic. It reveals the fact that it sports a monoshock suspension at the rear. 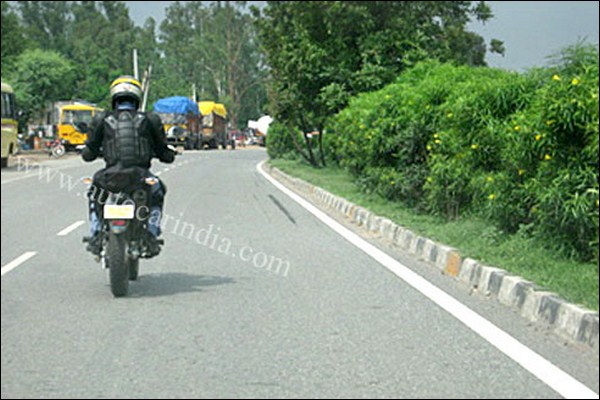 For a company like Hero MotoCorp which is dominating the Indian bike market with an average sales of approximately 50,000 units every month this dirt bike will surely aid the company in boosting its sales. Above all, its a new segment of bikes coming up here. The world’s largest manufacturer will also have the first mover advantage here which is very mandatory to keep the profits really high.

I wasn’t able to interpret anything about the engine of the bike. But rumours suggest that it is gotta be in the displacement range of 150 to 200 cc. But my instinct tells me it will not be a 150 cc bike. The instrument panel might ne the analog and digital combo as ion the case of Hunk.

Some protrusion is observed at the rear end above the rear grabrail which might be a luggage box, but not sure about it.

At this poin of time when Hero MotoCorp is gonna reveal its all new identity and new strategies in the gala ceremony which is to be held on the 9th of this month in London, the sighting of this bike in India will surely make the company put its collars up.

Dear Readers, what do you think is the future prospect of this bike in a country like India. Will this bike rock the roads? Leave your comments below.

Thanks to AutoCar India for the image