Hero Motocorp. India’s largest two wheeler manufacturing company has joined hand with AVL of Austria for engine technologies according to news reported by Economic times. AVL of Autsria is the world’s largest privately owned and independent company for the development of powertrain systems with internal combustion engines as well as instrumentation and test systems. It is to be noted that KTM the manufacturer of Duke 200 motorcycle, is also belong to same nation. 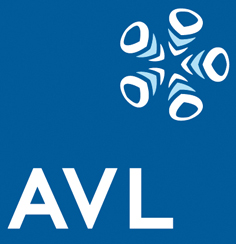 Pawan Munjal, MD & CEO Hero MotoCorp said “We have tied up with AVL to develop our in-house capabilities in engine technologies. A team from our R&D division is already in Austria. Our team is also working in close coordination with AVL ITC (India Technical center) based in Gurgaon. The team is working on a few options across motorcycles and scooters,”

He also added “We would be developing engines of all sizes to make new products and also refurbish the existing product lines. Gradually we will develop our own full-scale R&D facility to make products for global market on our own. The multiple technology and engineering would leapfrog to the next level even as we internally enhance our R&D to make products for trans-continental markets.”

It is to be noted that the company is also seriously working on commercializing the concept hybrid scooter “Leap” which was showcased in Auto Expo 2012 in Delhi. Beside this the company has recently announced its tie up with Eric Buell Racing and also considering buying Ducati. This is not enough, the company will also start export in first quarter of financial year 2012-13 and it is also going to announce its fourth plant in Gujarat. The company is also in process of developing its own R&D at its Dharuhera and Gurgaon plants with more than 300 engineers working day and night to develop the same.

It seems that Hero Motocorp has up its sleeve to show Honda Motor Corporation what it can do in terms of R&D, new product development and exploring new territories. It is interesting to see the product which will be developed by Hero Motocorp.’s R&D team.