Oh wow. I’m really happy to come up with this write up. This is all about Hero MotoCorp which has revealed its new Global Identity yesterday in London. Mr. B M Munjal, the chairman of Hero Group said, “So far all our good products have been credited to Honda.

Now we will show the world our strength.” at the unveiling of the company’s new brand identity. The statement from the World’s largest manufacturer of 2 wheelers seemed really promising and as an Indian I am even more proud to hear it. 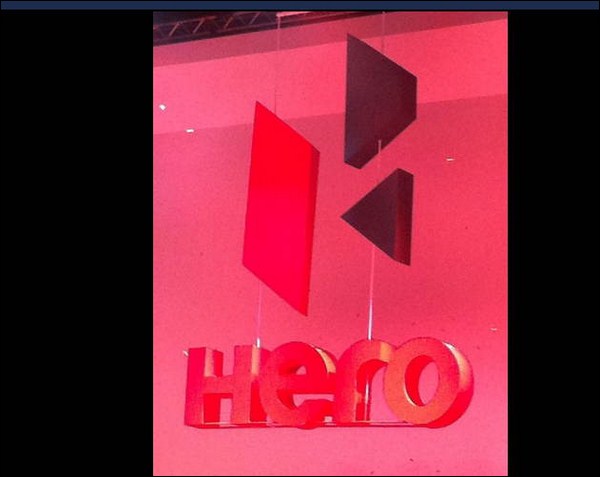 The company revealed its new logo here. The name Hero Honda exists no more, but is aptly replaced by Hero MotoCorp. The ultimate reason for the name change was to remove the name Honda following the split between the Japanese two wheeler maker Honda and the India based Hero Group owned by Munjal. The logo was revealed amidst fanfare with the presence of Bollywood stars such as Sharukh Khan, Ranbir Kapoor and Anushka Sharma too.

Boris Becker, Former World No. 1 professional tennis player from Germany who is a six-time Grand Slam singles champion and an Olympic gold medallist was invited for the ceremony. David Marshall Coulthard, (popularly known as DC) is a British former Formula One racing driver from Scotland was also invited and was seen in the grand gala. Irfan Pathan represented the India sports community and Hero MotoCorp, now being an Indian company, inviting him was much necessary and is appreciable too. To add glamour element to the ceremony, artists like Akon and Mariah Carrey were also present.

Hero MotoCorp will be setting up a new global parts centre in the state of Rajasthan. Also, the company had announced that it will be soon coming up with 2 new plants in the sub continent. One will be in the Southern part of the country and other in the Western region. But, however the locations were not disclosed. “Our path will be the benchmark,” said Mr. Pawan Munjal, Hero MotoCorp (HMC) Managing Director and CEO after about this new venture. He then added, “Hero’s competitors always knew they have made a mistake by being competitors.” This statement reflected the confidence in him which is gonna take new heights to the company.  He also mentioned in a lighter note in Hindi, “Hero ko pakadna mushkil hee nahin naamumkin hai,” which simply meant ‘It’s not only tough to catch the Hero but is impossible too’. With the presence of King Khan out there this dialogue from the movie Don just fitted the company perfectly.

When Mr. Munjal wanted to express the potential of the company, he said, “Every 18 seconds HMC rolls out a new two-wheeler. It has two million-plus models in its portfolio. That’s the enormity of the task”. Regarding the sales target of the comoany and the export projection, he was clear and confident in telling, “We (Hero MotCorp) are looking at sales target of 10million units next five years. We expect exports to be about 10 per cent of our total sales”. Since the company is all set to foray a few of the foreign markets also, this figure was important to understand the depth of the company. He had also mentioned during his speech that the company has studied and identified 30 nations in Latin America, South East Asia and Africa the company to enter and dominate.

The company has also decided to strengthen its Research and Development wing which is the backbone for anu manufacturing company to sustain on the long run. Commenting on this, he said “In five years we will have a world class R&D centre. No baggage to deal with”. Also, the best part is that HMC is planning to enter into a tie up with some European firm. Though the agreement between Honda and Hero Group is valid till the year 2014, the company is taking this move. But no details regarding the company and the purpose for a tie up were revealed.

As an ending note, Mr. P Munjal said, “The new brand identity has born out of our desire to break the shackles and realise our potential which were restricted by the nature of our JV with Honda”.

He also informed that the company would continue to sell all its existing Hero Honda products in the current portfolio. Hero Moto Corp also revealed two new models in this ceremony. I’ll come up with a separate write up regarding the 2 new models.

We, from BikeAdvice wish the Hero MotoCorp a great success in all its new endeavours and make the Indian Biking Community hail the company’s success.