I know so many people who were very sure that the Hero group will not be able to sustain the momentum in which they were doing business in the Indian market following the split with the Honda group. 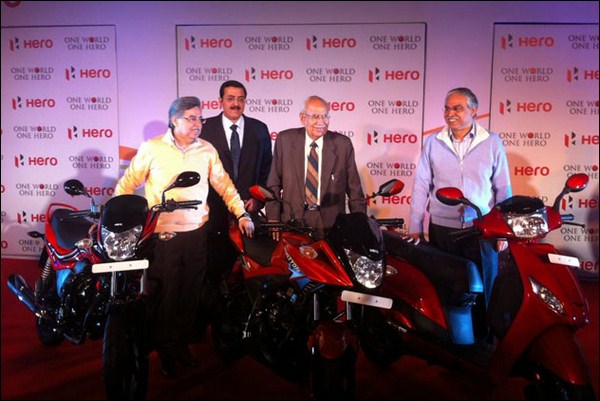 Hero MotoCorp, world’s largest two – wheeler manufacturing company has posted its highest  ever profits for a quarter with a growth rate of  43 per cent, despite the fact that its turnover (INR 6,031 crore) touched the highest in this period of 3 months.

The Net sales for the company in this period went up by 17 per cent, as two-wheeler sales for the three month period peaked at 15.89 lakh units. HMC has managed to sell a little over half a million units every month in this quarter.

“We are well in line to meet our guidance for over six million unit sales in the fiscal 2012,” Mr Pawan Munjal, Managing Director & Chief Executive Officer, Hero MotoCorp said.

The two-wheeler maker’s EBITDA margin in the third quarter stood 15.6 per cent, though raw material costs were up 19 per cent to Rs 4,453 crore.

“In FY12, the industry has been facing constraints of rising fuel prices, high interest rates and a sharp rupee depreciation, leading to increased input costs impacting the margin.

He then added, “We have also seen a softening in commodity prices of late, which has, however, been offset by the rupee depreciation. While we expect market demand for two-wheelers to remain stable, a lot will depend on the overall economic and political scenario, going forward.”

Business Line has recently reported that ‘the profits could have been even higher, if not for about Rs 180 crore royalty reportedly paid to erstwhile Japanese partner Honda in the quarter. This is part of the Rs 2,400-crore royalty payable till June 2014 under a licensing agreement.’

Royalties were expected by the company’s side to go up, with the yen appreciating by as much as 20 per cent during this period. Hero MotoCorp plans to launch three new models in the next few months — the 110cc Passion X Pro, a 110cc scooter, Maestro, and a 125cc bike, Ignitor. However, the company displayed all these models in the Delhi Auto Expo 2012.

Hero MotoCorp has also decided to strengthen its Research And Development (R&D) facilities in order to take the company to the next level and to sustain its position in the Indian market on the long run. The company is also concentrating a lot on the Hybrid technology, which has got a great potential out here. Hero Leap which was showcased in the Auto Expo is another example for the company’s efforts of thinking big. The company has also been in discussion with international design houses and technology suppliers for collaboration to develop new models.

Leave your thoughts about the company’s future in the box below.