While International players are eyeing the Indian market to bring their motorbikes here, the Indian players have understood the potential of the scooter segment which is growing in a very rapid pace as of now. A considerable population of motorists are shifting from bikes to0 scooters owing to high traffic in India’s major cities, where scooter with no gears offers them ease of riding. 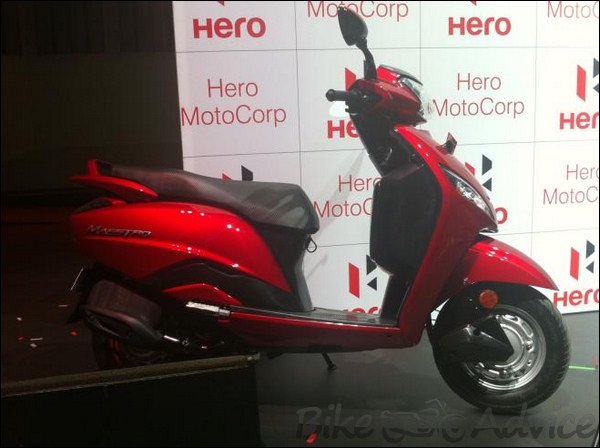 Hero MotoCorp had announced the launch if it’s new scooter ‘Maestro’ in London at the time of revealing the company’s new identity. With this, the India’s largest two wheeler manufacturer will have two models in its portfolio – ‘Pleasure’ and ‘Maestro’.HMC has now decided to double up its production capacity of the scooters. Economic Times claims that ‘The company, with an installed annual capacity of 6.4 million units across three plants, plans to ramp up the production of scooters to 6,00,000 units a year’. HMC, presently manufactures scooters only from its plant in Gurgaon.

Mr. Ravi Sud, CFO of HMC had said that the production will be stepped up from 8,000 units to 9,500 units at the Haridwar plant over a period of next six months. Production output will be raised at Gurgaon and Dharuhera manufacturing facilities as well. Mr. Sud also said that the company will enforce the employees to work in three shifts from next year to propel the annual output to 7 million units. The company had planned for its fourth plant which was expected to come up by the end of this fiscal in some South Indian state which is now likely to be commissioned only in the second half of the next fiscal. Hero MotoCorp has outlined an initial investment of Rs 500 crore in the plant that is expected to add 1.5 million units to its annual capacity.

How do you think the new product – Maestro will be received in the market. Will it be able to withstand the competition offered by Honda Activa and Suzuki Access? Leave your thoughts in the form of words below.