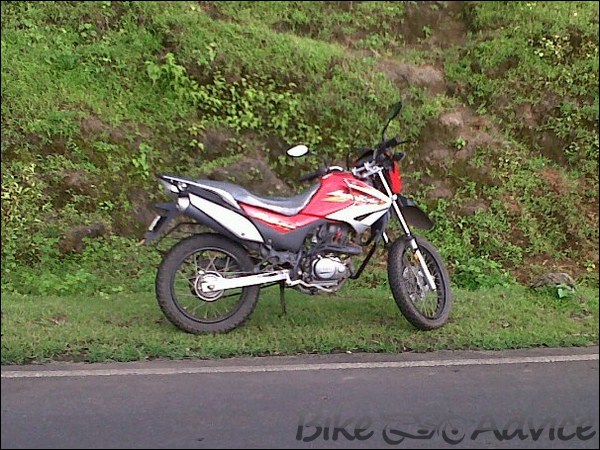 In the year 2012, I began bike hunting for my 1st bike along with my parents since I wanted a two wheeler to ride to college daily. Since my travel was going to be less than 30kms per day my parents were very keen on buying me a 100cc or a 125cc bike mainly for two reason: 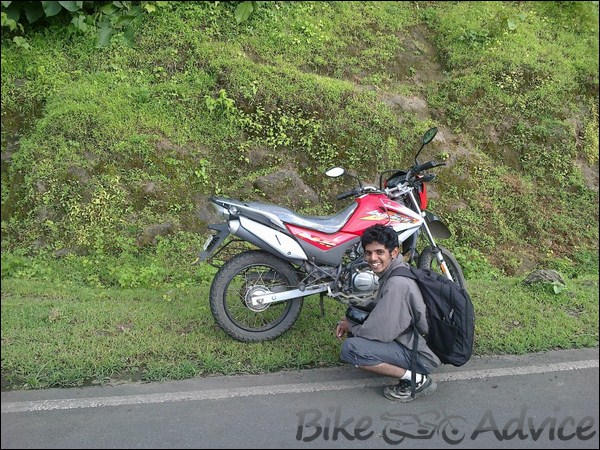 I was somehow convinced but not completely satisfied because I knew I wanted a slightly bigger machine. Thankfully my uncle convinced my parents to buy me at least a 150cc bike if not more and they agreed. That very moment I started thinking about all the 150cc bikes available in the market and was craving to buy the Hero Hunk.

I liked the looks very much and knew it had a lot of power but nevertheless my happiness was short lived as I soon came to know that the production of the Hunk was temporarily stopped. I knew that the Honda Dazzler was a great bike but did want to buy it as many guys already owned it and wanted something different. 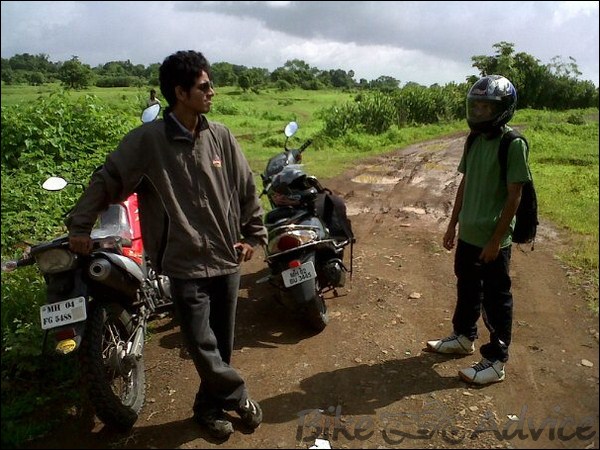 Soon I saw the 1st Hero Impulse on the road and wanted it as it was very different from other bikes plus the roads in Mumbai are forever plagued with potholes so it would be a good bet. I soon went for a test drive to see if I could handle the bike as I heard it had a higher seat height.

When I sat on the bike I was able to touch both my feet on the ground with a little difficulty nevertheless I took it on an off road path near the showroom. I was very impressed with the way the bike handled the roads and the super soft suspension. That’s the time I made up my mind to buy the bike. I was so impressed with this ride that I probably overlooked some of its flaws.

I paid the booking amount of Rs.5000 and booked a red Impulse in mid February. I was informed that the bike will take one month to come. Now just like every guy waiting for his new bike I was getting very excited and anxious to receive my first bike and just couldn’t wait for one month. Luckily the bike arrived in one week and I was called to pay the remaining amount which was around Rs 80,000 (on-road) in total and finally got the bike one week later.

The initial run in was very hard for me because I just wanted to open up the throttle and zoom past like all the other 150cc bikes but I kept my calm and stayed below the 5000 RPM mark. Soon I completed my 500kms but not without some noticeable flaws that I overlooked during the test ride.

The bike’s rear brake was not even close to what you would be expecting and either skids when pressed hard or did not stop at the right time. Soon I had to learn how to use both the brakes and the engine braking power to stop efficiently. Also because of the high center of mass the bike could not be banked a lot while taking fast curved turns and the worst of all is the headlight.

The headlight does not have a powerful beam and if I was riding with a pillion the headlight focus was disturbed because of the pillions weight and soft rear suspension. I got a very good mileage of approximately 55 kmpl as said by the showroom guy but that was going to be the first and the last time I was getting that impressive figure. 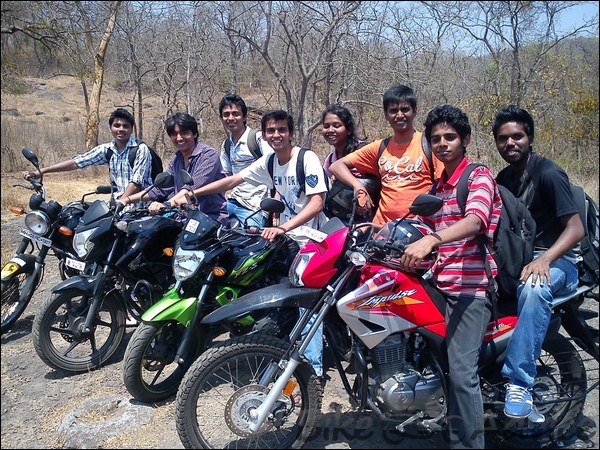 I also learnt that the bike is tough to maneuver in tight traffic thanks to the long wheelbase. Apart from these issues what I most enjoyed was the superb suspension. I soon learned that I didn’t need to slow down on most speed breakers and potholes. This was what made me very happy and still does because my friends get really jealous seeing me zoom past those bumps like slicing butter. The long handle bars were perfect on clear roads.

Counting up the Kilometers

Four months into buying the bike I was ready to go on my 1st road trip. I was a little nervous as the bike didn’t have tubeless tyres and a puncture on the road could spoil my ride. I got another friend to ride along with me as and planned up a one day trip to Jawhar. A small hill station in Thane district with a beautiful waterfall and mountain top view. 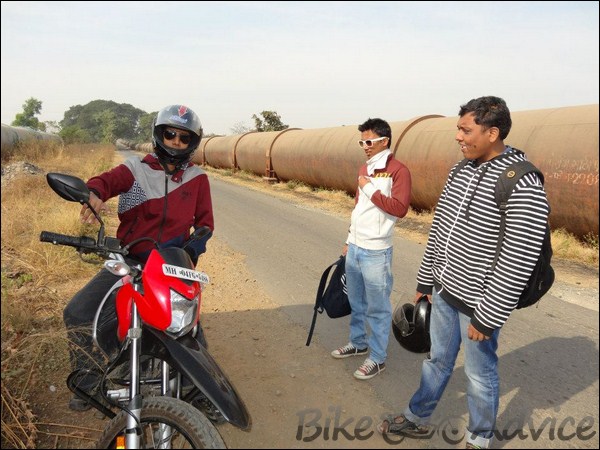 The ride was spectacular for me as it was my first experience on the road. The bike easily touched 80kmph but after that the engine felt very strained. Anyway I was able to touch a top speed of 105 kmph. I got a mileage of 41kmpl which was very acceptable considering the fact I was riding above 80 kmph. The bike did handle well enough on the ghats and also on the potholed roads.

The long wheelbase of the Impulse keeps the bike firmly planted on the road even at high speeds on breezy roads. The ride was a success for me and got me excited to do more road trips. Within the next few months I was gearing up for more trips and made two more single day trips to Igatpuri and Durshet. The bike has performed beautifully on all kinds of roads and off roads.

On one of my trips I banged up a rickshaw at the back when he took a sudden U-turn and couldn’t accelerate out. I couldn’t stop as the brakes and tyres didn’t grip perfectly to slow down. Luckily the bike remained very stable after a collision at 40 kmph and I didn’t fall. Currently I have clocked up close to 6500kms. I know it doesn’t seem a lot but considering the fact that my daily travel is less than 25kms it’s a lot in 11 months.

Specialties of the Bike 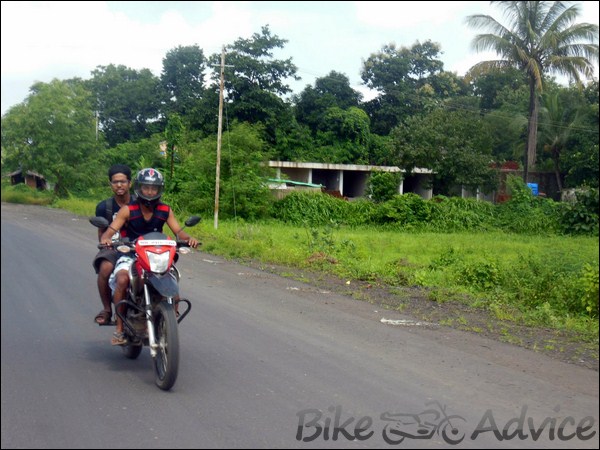 Till date I was never satisfied with a single service provided by the ASC as they had an excuse for everything I was unsatisfied with. After the 1st service I had a very steep drop in the mileage even with careful riding. There was quite some vibration from the bike but the guy at the ASC was just not willing to accept it and said that was normal. 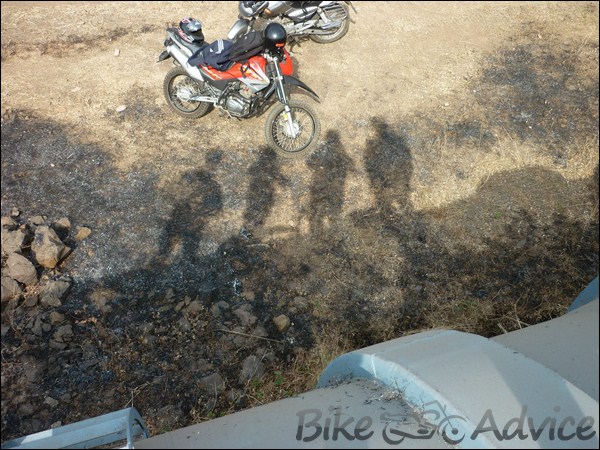 Also they never lubed the chain saying that they didn’t have the right lube for it. Finally I found very good and reliable mechanic through a friend and he solved all the issues of the bike. He even made the bike completely vibration free. Apart from that I realized that the tyres didn’t grip very well on smooth wet road due to the hard compound, so I had to be extra careful during the rains.

The mileage of the bike is between 42-45 kmpl. It could be a problem of the bike probably due to the high torque, considering that the other 150cc Hero bikes can return a mileage of close to 50 kmpl. There has been quite some rusting after a few months on all the bolts that are visible, something that is not expected so soon.

The Hero engine oil is not really worth the buck. Hence I switched over to the Honda 10W30 full synthetic oil. It made my gear shifts very smooth and reduced some of the vibrations.

The bike scores more than just good overall. It might not be the fastest in its segment but it sure is very quick. It can do a top speed of 36 kmph in 1st gear and 59 kmph in the 2nd gear. After that it gets a little sluggish. Design wise the looks of the bike are average and should have been better. 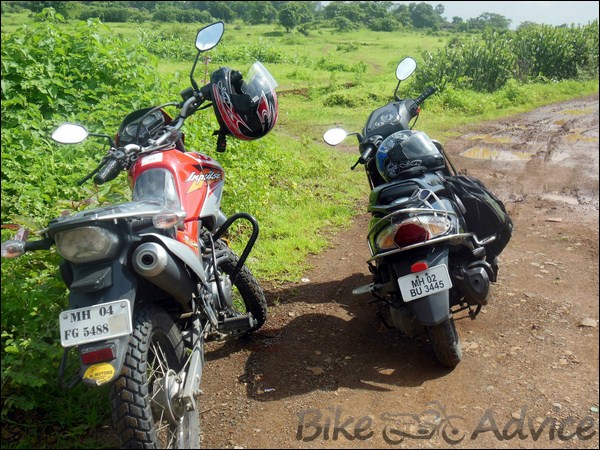 The tank skirts are borrowed from the CBZ and the Hunk but are not very firmly bolted and can easily break due to negligence. This bike might not be well suited for heavily built guys as the bike would feel very bouncy and less than enjoyable. Also it would be pretty difficult for people who are shorter than 5 feet 6 inches to handle the bike due to the high seat height of 835mm.

Speaking of safety, if the bike had disc brakes at the rear the stopping in emergency situations could definitely be better.
If you are looking to hit the road and all possible terrain, I don’ t think you can find another machine at this price. Once you buy this machine, all I can say is ‘Go Play The Road!‘