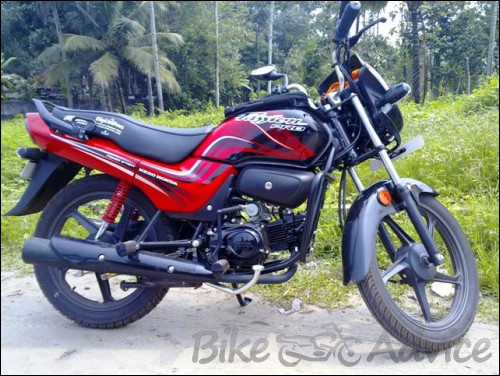 They say a dog is a man’s best friend, the reasons are numerous, they are reliable, less demanding, loyal and obedient, if ever there was a strong contender for the number 2 spot, nothing would fit the bill better than a 100cc from Hero Honda.

They have been in the country for the past two and a half decades, surpassing the sales figures of all other companies by leaps and bounds and making as much money as a small country. Creating a machine that is reliable on Indian conditions is not exactly the easiest of tasks, for starters, it should be able to withstand really harsh weather, bad roads, overloads, rough driving all with a few cuts and bruises. For the average man nothing did it like a Hero Honda, whether it was to drop off his kids at school or to reach office on time through the gridlocked roadways, it did it all at the least possible expense.

Over the years, Hero Honda has evolved from making basic 100cc motorcycles to more performance oriented machines while maintaining its acclaimed reliability and quality standards. New designs, new varieties have all been introduced to make sure that they stay on top of the game. One of their latest offerings in the 100cc segment, which happens to be one of the most popular in the country, is the new Passion Pro. Read on as we take it for a spin and tell you everything about this highly successful machine.

Mr Bency happened to be a teacher at a Microsoft authorized education centre in Kerala, he owned a 2006 Pulsar which he took great care of, eventually its performance and mileage dropped to a point where he thought it was wise to sell it off and acquire something newer, He travels about 30-40 Kms a day and wanted something that would deliver great mileage and was long lasting. After a little bit of research on the newer 150cc bikes on the market, he felt that a 100cc would be better suited to his needs. He then headed to the Hero Honda showroom in the area where they showed him the new Passion. A short test drive and he was satisfied and determined to purchase the bike.
A few days later, it was in his garage, shiny and new. I managed to take it out for a spin to find out what it is like

First Impressions: I learned to ride on a Hero Honda Splendor, considering the fact that the new passion had just a newer, improved version of the same old engine, I did not expect too much. The new look has spiced things of the bike and even though it’s the same basic design as the first passion, I’m sure it will help in the sales aspect. 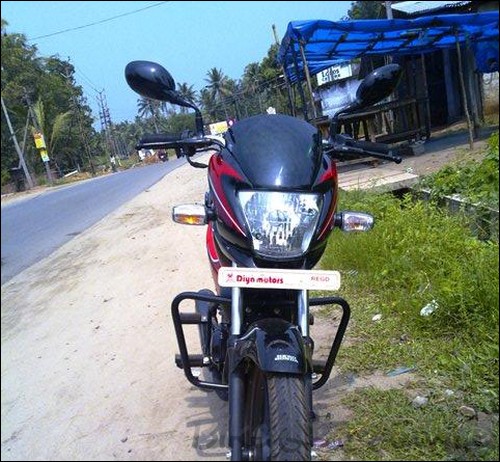 Hero Honda Passion Pro felt really light once I sat on it, the new switch gear did everything well and the best new feature you would find though is the electric start which can be of a great convenience. I rode it for a while around the city and then took it over to the highway for a little bit of cruising.

Engine & Performance: This is one aspect where nothing really needs to be said, It features the bulletproof, reliable, low maintenance, high efficiency engine that can be found on the 100cc splendors, as you may know, it has set sales records in the country and has helped make Hero Honda one of the biggest two wheeler manufacturers in the world, As most of you my already know, spare parts are simply not a problem for this engine as its components are among the most simple and basic ones that exist today. Having sold so many bikes in the past, expect the parts to be available anywhere and also at a comparatively low cost.

Once Passion Pro is fired up, the familiar engine note comes into play, albeit a little more refined. The gearbox is a closely spaced 4 speed unit with an all down shift pattern. It has to be said that the box is in a league of its own in terms of refinement, you could literally shift to fourth gear and back to neutral while standing still, this is one feat most modern bikes find hard to accomplish. As you get going, the close spacing of the gearbox lets you know that it has been tuned to be ridden, care free in the congested city areas we are all used to. You barely need to shift back and forth and it pulls acceptably well in any gear. Ideal cruising speed is around 40-60Km/h and though it is capable of hitting the 100Kmph mark, it feels much better down there. The engine also sounds like it’s being thrashed at high RPMs, the sound is neither too sporty or too comforting, it seems like the sound aspect was not paid much attention to by the folks over at Hero Honda. 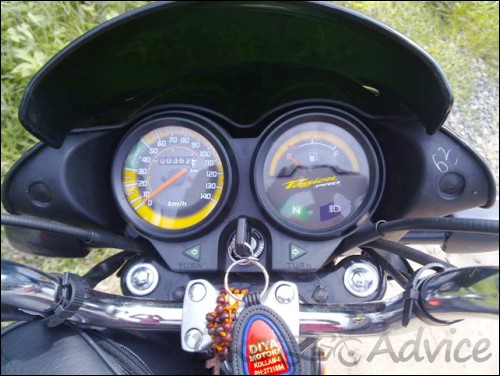 If you are wondering about the actual numbers, this bike produces 7.8Ps of power at 7500 RPM and makes about 8Nm of torque at around 4500 RPM. These may not seem like a lot but considering the fact that this is simply a no-nonsense commuter bike, its enough. Hero Honda also claims a great mileage of about 65 to 75 kmpl.

Ride, Handling and Ergonomics: This is where it really comes into its element, as soon as you sit on the Hero Honda Passion Pro, you feel it’s well cushioned seats, and as you ride along, notice the neutral riding position which somehow balances the weight and manages not to stress your arms or your back. The suspension feels slightly firm when riding alone, but when there is a pillion on board, it becomes much softer and more comfortable, speaking of which, the pillion’s seat is really wide and comfortable and is actually much better that some of the 150cc bikes on the market. The bike can chew up bad roads really well while being stable and rigid. 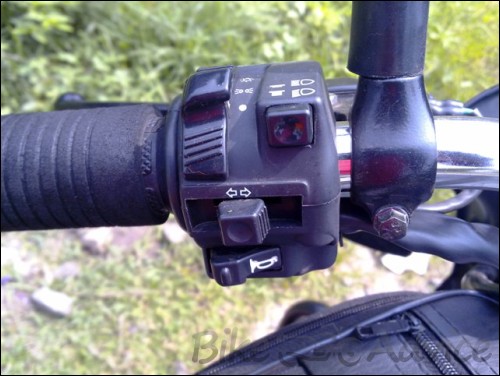 It’s really easy to maneuver this thing around the cities because of its light weight and slightly raised handlebar, but at higher speeds, the bike feels less confident. On the whole, it is great for riding around bad roads and through cities with a pillion on board.

The brakes do a great job in stopping the machine, Hero Honda also offers a disc brake option, I do think that the stock drum brakes do a good job by itself and offers the advantage of being able to work well in wet conditions, go for the disc if you would be riding around fast or if you like more feel and sharpness from the brakes

Design & Features: The Passion Pro has been given a new look with the choice of bright colored paintjobs and graphics, the new look is a welcome change from the old age designs of the earlier machines and though it’s basically the same basic shape, it manages to be different.

One feature found on earlier bikes is the glove box under the tank which can be opened by a key, it has enough space to store a tool kit and a pair of gloves. The instrument cluster consists of just the speedo and the fuel gauge, just the way it was on the first passion.

Stuff That’s Not So Cool

Our Verdict: Passion Pro costs about 51,000 Rs on the road in Kerala, So if you are looking for a no nonsense, reliable, long lasting, acceptably good looking, comfortable, and efficient 100cc bike, look no further.