Here is news for all the readers from a company that is now days trying to give every other motorcycle in their portfolio a refreshed look, Hero Honda. This time around Hero Honda has managed to come up with a refreshed Glamour 125. Not many days have passed since the company launched their CBZ Xtreme in a new look and now Glamour 125cc too gets a cosmetic upgrade. 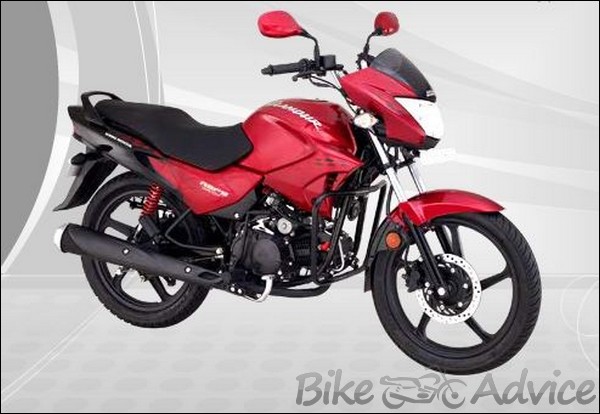 The new Hero Honda Glamour gets a mere cosmetic paint job kind of upgrade and nothing more. This can be identified from the fact that the engine internals remains the same as the older model. The company may seem to hatch back on sales by launching these kind of refreshed models in which nothing more than looks have been refreshed.

The Hero Honda Glamour 125 sports a new and improved instrument console with a touch of digitization to it. The analogue trip meter, odometer and the fuel gauge are now digitalized, thus adding to the working capabilities of the commuter. The speedo continues to remain an analogue unit while the tacho is absent.

The company has also added new graphics and a brand new front cowl to the motorcycle that looks good. Also another thing to look out in the refreshed model are its plastic fake air scoops. The Headlamp and fairing have also been refreshed to go with the look of the bike and the muffler gets a new cover too.

The company did not do anything with the engine at all. It remains the same 125cc producing bout 9 Bhp and 10.35 Nm, while the 4 speed transmission is retained. One good thing about the engine is the fuel efficiency and better for commuting through tricky paths.