Hello, I am Kodieswar from Salem city (Yercaud Hills). I am just 18. I developed a passion for automobiles in my 7th standard. My inspiration was my friend Sanjay, in the sense our school is nearly 20kms from my house, we used to go by school bus. It is a 45 min travel, we used to play by spotting the cars and their make on the roads, he had grater knowledge than me and he wins most times. Then a passion towards automobiles took away both of us. We started to read about automobiles in local magazines and visited local bike showrooms. 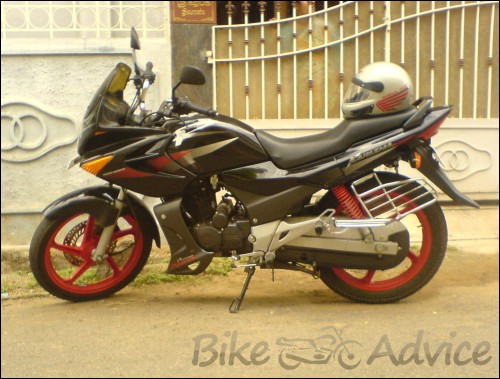 We are often not treated well by them as we are just small ones but we deserved more. I started liking the Karizma R and was very much impressed by its Jet set Go ad. It was looking kind of beast on two wheels. Spotting a Karizma is tough those days, thankfully an uncle near our home had a Karizma. We were amazed by is size and instrumentation when we saw it close, it was a superbike to our eyes those days.

I dreamt about buying it one day. During my age of 16 I got a Karizma R with red alloys. I was informed by the showroom men that I was the first to take this color. They were shocked seeing me buying Karizma when they came to know that I am only 16. 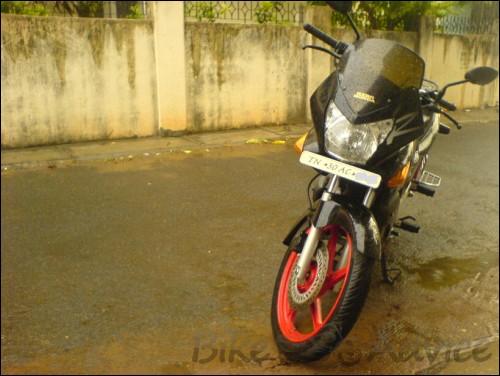 Before buying it, we used to do stunts on Scooty Pep (stoppies, short wheelies, burnouts etc.). When we both rode the beast around our city, all people were dumb-stuck on seeing us. Thanks to my parents who realized my passion and promised to buy even safety gears, they know about my style of ride. But I didn’t look like a small boy at that age. I was 5.10 feet and I weighed 85 kilos! The red alloy seemed to attract everyone on roads. 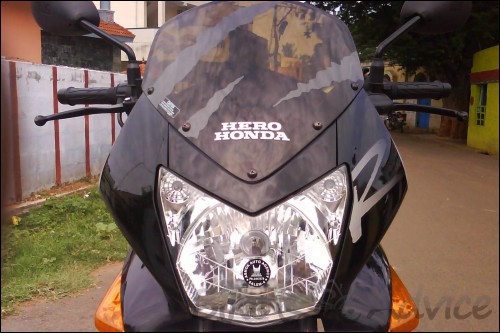 We are caught by cops thrice and got out with the help of my parents. I had been through three accidents so far. One was on second day when not knowing the power of discs I slammed the brake hard and we both fell, thanks to my MPA helmet that literally saved my head. Then another one was when doing a Christ, it was a devastating accident as it cost around 10,000 INR excluding insurance claim. The third was done by my friend, it was just a minor one. But besides all these my parents only encouraged my passion. Thanks to God for giving me a gem of parents.

What urged me to buy a Karizma was that it was designed from head to toe. Hero Honda has done a excellent job concentrating on design even on the key. The front fairing looks majestic. The wind shield speaks the history of its own. The all black theme and red alloy touch which I bet that it grabs all attention on. When caught on signal everyone would start staring. Me and my friend were felt proud. 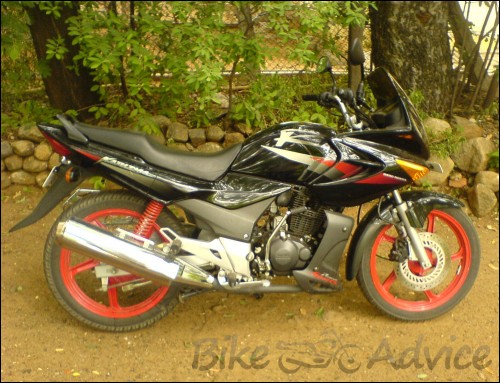 Mostly we are noticed by our opposite sex and we are remembered by others as Karizma guys. The front suspension was the best tolerating all pot holes across and it even traveled on rocky roads with ease and grace, it fell as if u are on a Benz when it comes to suspension and pride of ownership. The rear suspension was also fine doing its job. The R graphics impressed me the most.

The handle bars which many Karizma users dislike is actually good for ease of travelling. Other rivals such as Pulsar 220, R15, Apache 180 roar very much that at some it even feels annoying. But Karizma sounds like lurking beast ready to go on throttle. The Karizma does not squeeze all power from the engine giving it an greater life and reliability. It feels like u have very good grip on road, thanks to the zappers and weight distribution. 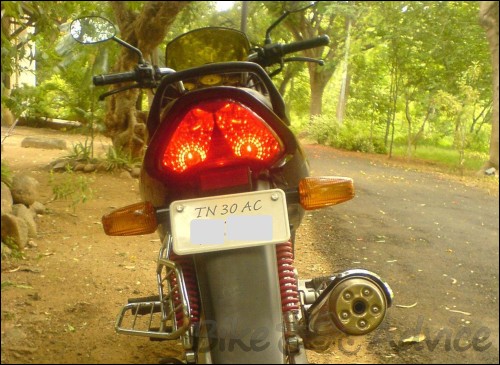 The bike masters the higways as it referred as higway queen. I had once been to Bangalore on my Karizma. I was cruising at around 100-110kmph with ease. With that speed it gave an amazing mileage of 42kmpl on that ride. Normally it gives around 33-35kmpl. Another important feature is that slim and sleek tank which actually holds 16.5 liters of petrol (tested by myself on full dry condition).

The front 276mm disc, the second largest in india does its jobs excellently. The front disc and rear dum combination works out really well thanks to HH. The ZMA I have has outperformed the so called Fastest Indian Pulsar 220, both on 0-60kmph and on top-speed drag. The ZMA hit a top whack of 142kmph (on speedo) whereas the P220 hits around 135 (on speedo).

Karizma serves its owner well both on the highway and on urban streets. The all yellow backlit analog console is the best I have ever seen. It looks great at dark. The rear tail lamp clusters is also the best around the world with those twin multi-reflector warning the chasers. Most of other rivals of Karizma were well designed only on front end, the rear set was not concentrated. 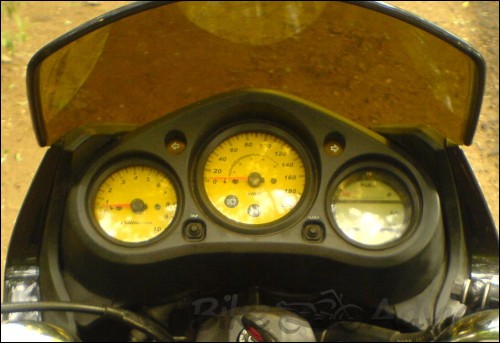 The sitting posture looks majestic. Proud to be a owner of Karizma, you will never regret after buying. You only start loving it more and more everyday and on every ride. My review on my ZMA may seem one-sided but I urge all bikers to keep a hand, and taste the beast, you will be much impressed, then realize I am true. I can write on for pages about my beauty Karizma. All ZMA owners know how I feel, I guess.

Just last sept 25 I turned 18 and now I have my LLR and waiting for my license. I have done 8000 kilometres on my bike and it still revs and looks like a brand new one. Now I am doing my B.Tech in Automobile Engg. in SRM University. BikeAdvice is best indian biking portal I have ever seen, thanks to Deepak. Continue your good work.