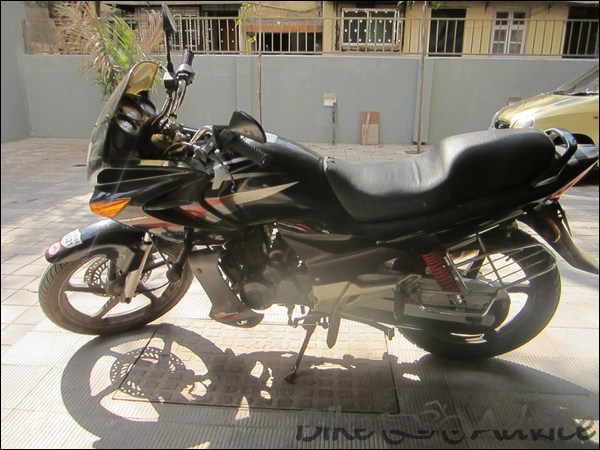 My biking journey began with my brother’s Kawasaki-Bajaj Caliber. It could take a lot of abuse, handled well, and had good power for an 111cc engine. When it was time for me to buy a bike, my brother had moved abroad and the Caliber was sold. 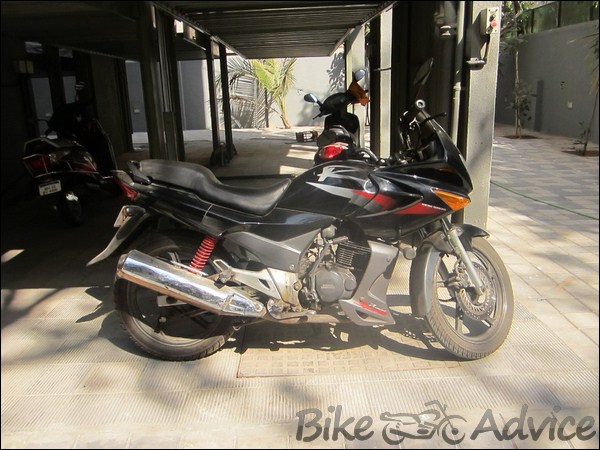 I decided to go for the Pulsar 150 (2007 model) based much on a friend’s persuasion (he also had the same model) and decided to let go of my original choice of the Apache 160 due to its small dimensions. The Pulsar was a bitter-sweet experience. In the four years that I had it, I replaced the clutch-plate set thrice, among other things.

I really enjoyed its throttle response and the smooth engine (it really was after using semi-synthetic oil). As a platform for mods and extracting more power, however, it wasn’t ideal. Plus, I was never happy with its handling. I sold it and got a used Karizma R (after much research on the internet).

Essentially, I had two models in mind—the Karizma and the RX 135, five-speed. I was looking for something fast, very reliable, and something that could hard riding in its stride. I really enjoyed the RX—a real hooligan—but the very smallness of the bike put me off. I’m far from being slender or small. Also, I needed a bike with decent pillion comfort. 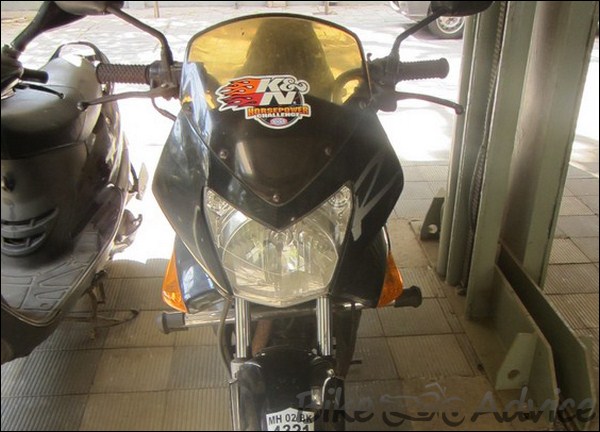 So, the ZMA it was for me. After perusing sites like Quikr and Olx, I went to see a November 2008 model. I test rode the bike and all seemed fine. A word of caution: however much you regard your knowledge of vehicles, it’s always best to take a mechanic along.

I hadn’t and bought the bike despite some obvious problems. After I had bought the bike, I took it straight to a good mechanic and told him to fix whatever needed fixing. Among those things was the lock set, the main/side stand, cone set, chain and sprockets, clutch plates, and a number miscellaneous spares.

The bill set me back by quite a bit (some ZMA parts exceed the prices of old generation Maruti cars such as the Zen!). Although upset at first, I took solace in the fact that I wouldn’t have to worry about the things replaced for quite a while. Somehow, I wasn’t completely happy after all the work that was done.

So, I went to another mechanic who used to fix my Pulsar (And did a great job of it being a former Bajaj employee). He told me that the carb’s air-fuel screw was jammed and hence the bike couldn’t be tuned optimally. It wasn’t the sort of thing that was easy to fix. To cut the long story short, we had to source a new card eventually, which improved things drastically.

Finally, I thought buying the ZMA wasn’t mistake despite all the heartache and the money spent. This bike loved doing speeds of 100 and beyond. It was meant to do speeds like that, it felt. On my Pulsar, I was hanging on to dear life post 90.

I turned my attention to mods because it was one of the reasons I bought the ZMA. The thing is, at least then, people constantly tried to rub it in your face how much faster the Pulsar 220 was. Let me give you my assessment (although it seems redundant in the age of KTMs and CBR 250s): in the stock state, the 220 is definitely faster unless your ZMA revs up to 9,000 rpm in fifth gear. 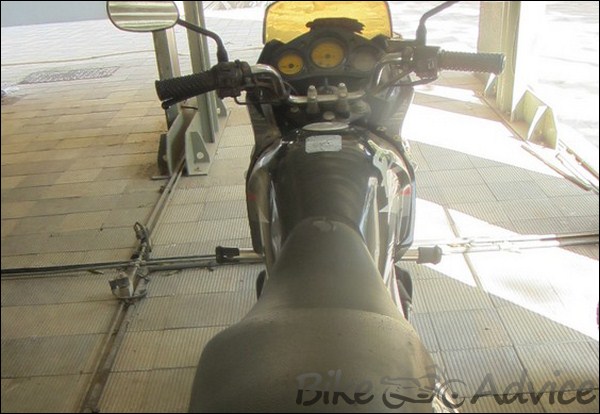 I have always obsessed about top speeds although I never redline it in the fifth gear. I guess it gives me great joy to that there is plenty of grunt left even post speeds of 100 kmph. So, now I have a K&N airfilter, a bigger jet, stiffened clutch springs, and a modified Keihin carb.

I have also used the 220’s 36-tooth rear sprocket in place of the OEM 40-tooth sprocket. The idea has been to extract more torque, without fiddling with the engine, and overgearing the bike to get a higher top speed. After a bit of trial and error, the set up has worked beautifully. The acceleration’s stunning and the bike does 100 kmph well under 6,000 rpm.

The platform is trouble free. Very sedate riding returns up to 37 kmpl and hard riding brings it down to 30 odd. The ZMA is a bike that loves 100-plus speeds for sure. It only when you start redlining it in all the gears that the fuel efficiency plummets.

Well, coming to the cons, the fuel efficiency in the biggest dampener. Even with hard riding, my Pulsar 150 used to return 45 kmpl. With thoughtful riding, the figure was well beyond 50 kmpl. I know it’s not a fair comparison but if you are used to not refueling very often, it can take some getting used to.

Another thing that needs to be taken into account is that is that I bought the Pulsar brand new and followed the run-in procedure quite carefully whereas I don’t know how the previous ZMA owner handled things at the time. Another irksome thing about the ZMA is that the plastic parts rattle after a while and the fairing is prone to breaking.

Twice somebody dropped my beloved bike when it was parked. Now the fairing on either side is cracked. Also, I get the panels glued every six to eight months. The stock headlight, horn, and rear tyre, too, are poor and need to be upgraded.

I think it’s unfair to tom tom about the performance of my fairly modified bike. It’s fast, never seems to run out of grunt, and doesn’t overheat. I’ll leave it to that. A word on handling: With correct air pressure (25 psi front and 30/33 psi rear without/with pillion), this bike feels very planted at high speeds on straight as well as winding roads.

Leaning side to side on the twisties requires you to know the bike well and may not come intuitively. I use the MRF Zapper Q in stock size as the rear tyre, which is a 100-fold improvement over the stock tyre. Grip in wet conditions is also confidence inspiring with the Zapper Q contrary to popular opinion. I hope you enjoyed my story.

P.S.: I’m happy to report that in the two years I’ve had the ZMA, there have been no incremental problems.