Hi, friends this is Subhodeep Ganguly from Kolkata. Today I am going to share my biking story with all of my bike advice friends. I have completed my graduation from Bangalore University in B.Sc Biotechnology & then my M.B.A from Punjab Technical University. 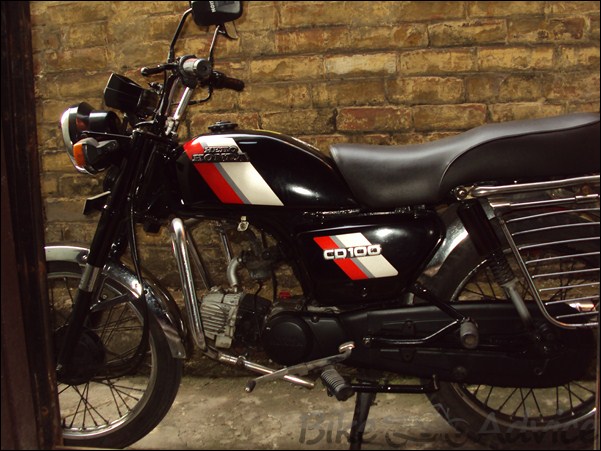 After that I got a job in an esteemed Parma company, Though the name of my post is Territory Manager but I worked there as a Medical Representative. As everybody knows that the basic requirement of a M.R is a bike.

But my main problem was I am not from a family which is financially strong enough so it was not possible for me to demand a new bike for myself from my dad. My only option was pick a pre owned bike which suits in my budget and fuel efficient also.

In the same time my boss started to pressurized me for a bike , so one fine morning this poor fellow decided that by hook or crook he will manage a bike for himself. I do not have any intention to hurt anyone’s sentiment, but by religion I am a Satanist, so I finished my prayer for lord Satan and reached to Indian mirror street which is the biggest second hand bike market in kolkata. 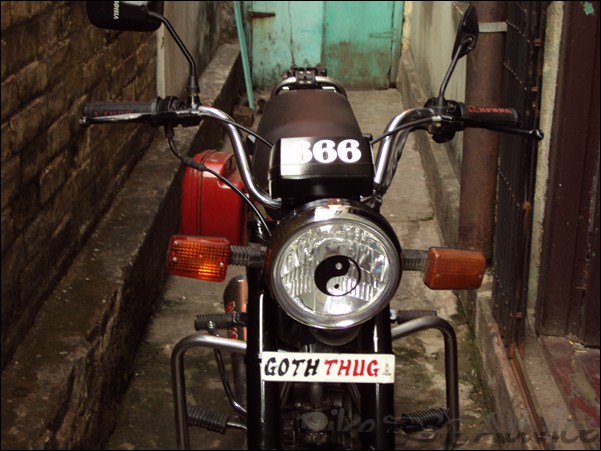 My budget was Rs.10,000 garage owner munna bhai showed me 3 bikes, 1Hero Honda cd100, 1 Bajaj Caliber, & 1 suzuki max 100. I was looking for a bike which will give me decent mileage so I chose HH cd 100. It was a 1991 model the bike was in running condition but there was some problem in engine & few dents were there in its tank. 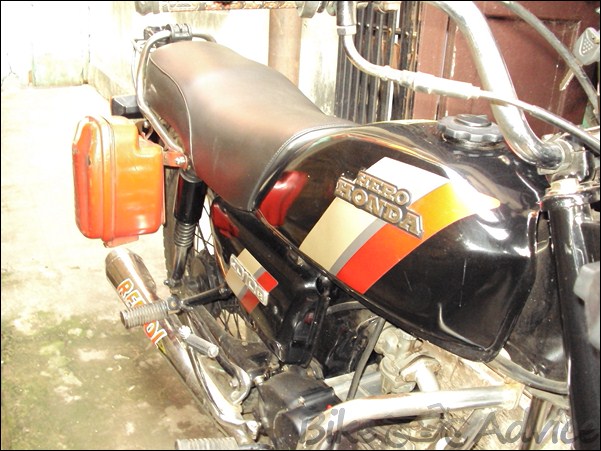 After completing the deal I decided to paint her but munna bhai suggested me for servicing the whole engine, so I leave her in munnabhai’s garage the date was 13th December 2010. He told me to come to come 1 week later. Now I am giving some technical details of my bike, it has a 97.2 cc 4 stroke engine with a 4 –speed gearbox, which produces 7 bhp@8000rpm.

The CD 100 is designed for those who live life in the fast lane, rough and tough, for those who would love to take a bike on the stumbling village roads. Her Wheelbase is 1,220mm with a ground clearance of 165mm.her dry weight is 103 kg with a 10.1 liter fuel tank capacity. 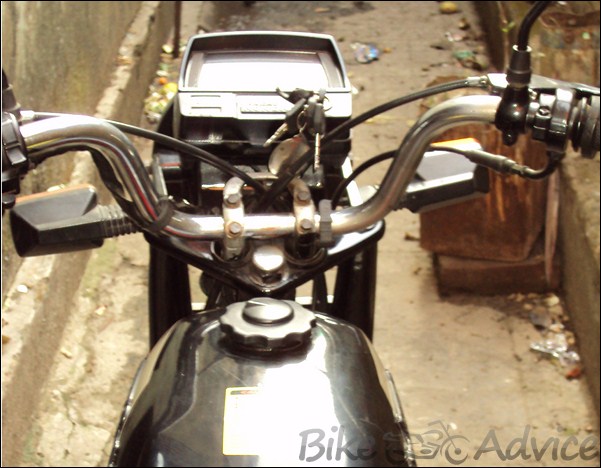 Front & rear suspensions are Tel Hydraulic fork & Swing arm and Hydraulic damper. It carries drum brake in both wheel which is strong enough to stop it any time. Patience is a bitter plant but its fruit is always sweet so after a week munna called me and told that she is ready, I rushed to garage and find her waiting for me.

He gave me the keys along with a total bill of 9000 rs. When I start her engine I realized that my 19000 rs is nothing for this wonderful machine. Most of its parts are made in Japan, though it has lack of style but as a chrome lover I find her beautiful.

From the next day I started to use her regularly, believe it or not at the age of 20 also she is delivering me a mileage of 60 km/lt in city and 70 on highway. I used to roam a lot for my job but till date she never disappointed me . she can wake up with only a single kick. I think the Hero Honda slogan fill it ,shut it, forget it is the most appropriate for my baby. 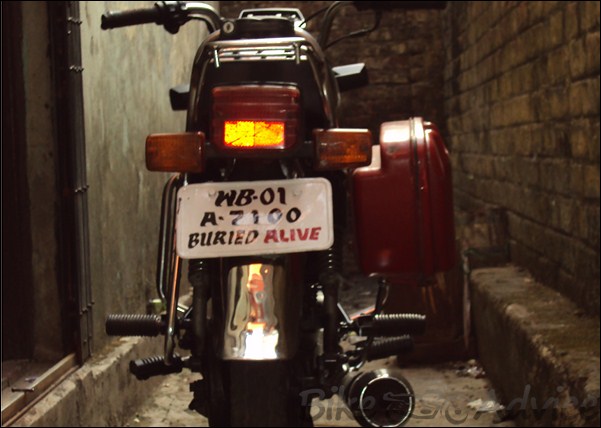 I traveled 180 km constantly from kolkata to digha with her without any break but she passed this test clearly. Within this 3 months I fall in love with her it is one of the finest bike ever made by Hero Honda. Till my last breath I will keep her with me because now days she is an asset.

I can take challenge that any latest bike will not be able to survive like her. So my dear friends it was my story now days this model is rare but if anyone has please don’t let her go ,it is a legend of Indian bike history because this bike eliminated most of all its rivals prominently. The new era of 100 cc bike was started by this beast.