I was very excited today morning because I was going to test drive the legendary Hero Honda CBZ Xtreme. On the first look, I was really astonished! The bike looked really cool! It was in fiery red colour and not many bikes in India have this colour. 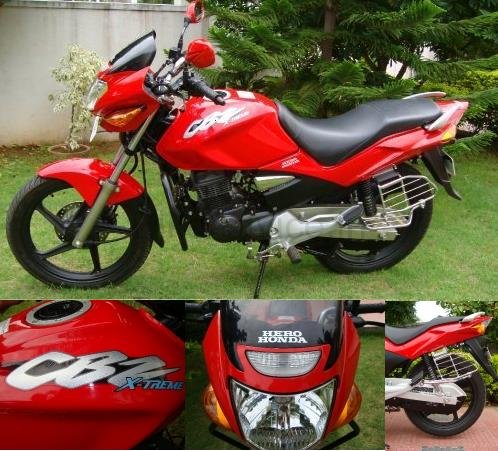 How does it look?

The bike has very little resemblance to the old CBZ, the headlights got a completely new design. However this is a small disappointment to CBZ lovers because the new ones do not look as good as the old one and also looks a little small for a bike of this size. The first thing that one would notice in this bike is the indicator lights.

Both the back and front indicators merge with the main lights and it looks really nice and unique. The side part of the bike also got a significant face lift. The coloured body part connects as a single line from the tank to the tail lights and is very nicely contoured. Another feature which adds to its cool looks is the grip handle bars for the pillion rider… standing out as two individual horn like bars, it adds to the uniqueness of CBZ. Also the silencer is new and improved. 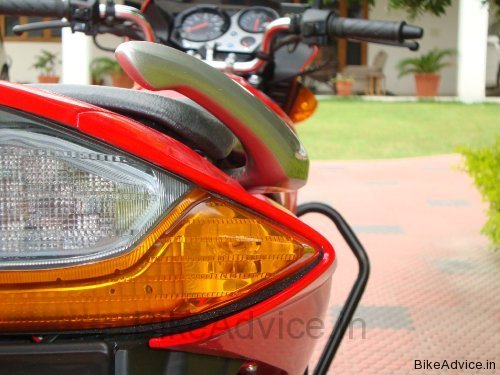 How does it perform?

When I took the bike for a test drive, the first thought that came up in my mind was ‘wow! this bike feels just like the Hero Honda Hunk’, then after checking the specifications, I noticed that both Hunk and CBZ have the exact same 149.2 cc Engine. So you can see Hero Honda Hunk Review for more information about performace of CBZ because both hae the same engine! The old CBZ had a 156 cc engine, but did not have the pickup and mileage as that of the present engine. Definitely Hero Honda has made some improvement in the engine for this new CBZ Xtreme. It is also claimed that this new model gives a better mileage than the old one, but I cannot be sure of that unless I hear from a real user of CBZ.

Features: The dash board has 3 dials, one for the speedometer, one for the rpm indicator and another for the fuel indicator… all of them descend in the order of the size… looks nice doesn’t it? The shock absorbers do not have the Gas shock absorber unit as it is advertised in Hunk and other bikes, but I would confidently say that it does not make the slightest difference in ride quality. 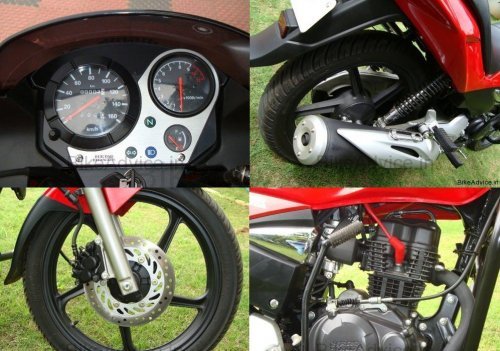 How does it stand out?

One of the biggest advantages that this bike has is the CBZ brand name. CBZ has been one of most passionate bikes for a very long time… the name alone is worth a price tag. CBZ was adopted from CBR, which is a very famous 600cc bike in foreign countries. The indicator lights and rear grip bars also make it unique because no other bike in the country has such a feature.

To see more pictures of the Hero Honda CBZ, visit Hero Honda CBZ Xtreme Photo Gallery. To download the offical brouchure Click Here (Right click and click ‘Save link as’ to save the brouchure to your PC)