The naked concept Hastur was Hero MotoCorp’s tentative knock at middleweight superbiking. Hero takes pride in calling itself the biggest motorbike manufacturers in the world, and rightly so, when you count the units produced. Superbiking, even while it’s middleweight, calls for a different set of acumen. Nonetheless, the Hastur’s knock at this lofty dais is commendable, and justifiably ‘Heroic’. 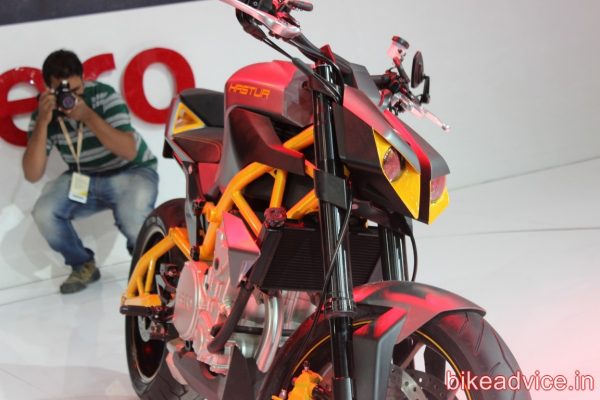 The voguish trellis steel frame painted in evocative yellow carries the Hastur’s engine as a stressed member of the chassis and promises a capably hung-up ride. The mass of the bike is right on the money. The sub-frame carved out from strong and lightweight aluminum help reduce the dry weight. The Hastur weighs about 160 kg, all filled up and ready to roll, minus the rider, which is laudable indeed. Take the competition – and an illustrious bunch they do make – MV Agusta Brutale 675 – kerb weight 179 kg, Triumph Street Triple R – kerb 188 kg, Honda CB500F – kerb 192 kg, Suzuki SFV650 – kerb 202 kg. So, would you be surprised when you are told that the Hastur does the zero to ton in just 3.8 seconds? That’s multi-million dollar supercar turf.

Of course, the Hastur gets all that potency from the “new and very compact” and “unique over-square parallel twin” powerplant. This 620cc engine is capable of venting out 80PS when on full heat at around 9600 RPM and it churns out very impressive 72Nm of torque at 7750rpm. The 4-stroker is liquid cooled and is equipped with counter-rotating DOHC improving throttle response. The two cylinder heads get fuel through controlled swirl injection (CSI) technology rigged up for fuel efficiency as well as emission decrement. This high-tech power generator delivers all it’s worth via a 6-speed constant mesh, cartridge-type gearbox designed for quicker gear shifts and efficient power transfer. 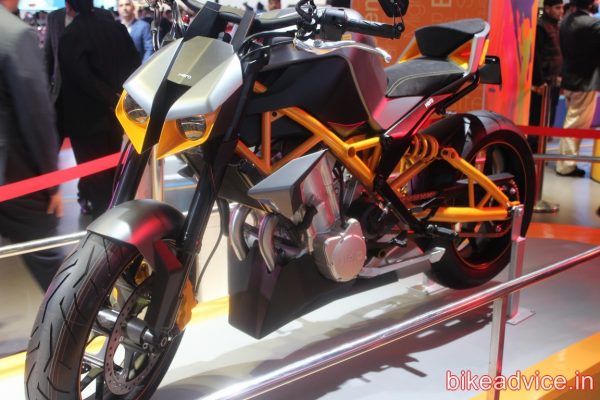 The 17″ cast aluminum wheels come shod with Pirelli Diablo Rosso II. These are dual-compound, high-performance street tires bolted at the end of 43 mm adjustable inverted forks up front and a mono with adjustable coil at the rear. The braking prowess installed on the Hastur would perhaps give you a hint of the bucking and prancing one could expect while astride one of these. The front wheel totes a couple of huge 300 mm-diameter discs with 4-piston radial callipers and the rear is bedecked with a single 220mm disc with single piston calliper. That is as serious as it gets without being vulgar!

Upfront Hastur lits the road with those twin projector headlights which get company from LED running lights, integrated LED side blinkers and LED taillights.

The serrated, radar-reflecting edges borrowed from a deep-penetration strike aircraft makes the gray-yellow Hastur look futuristic, fast, diabolic…and take it from me, Hastur is what it looks. 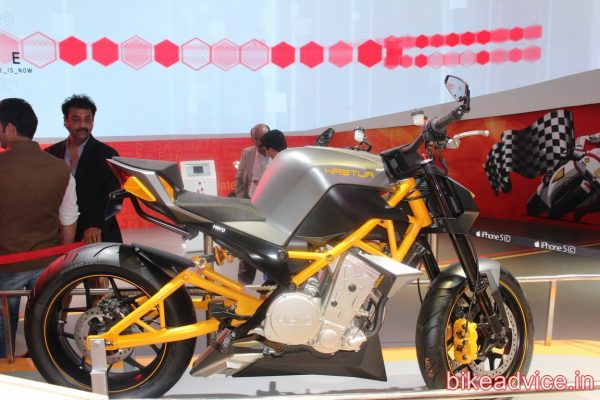 Hastur is phenomenal on paper, but the question is – How does all that raw power translate into real world performance. Now, going by the claims of Hero, Hastur, owing to its out-of-the-world power to weight ratio, can do the o-100kmph whack in just 3.8 seconds and that is not all. It goes on to reach its top whack of astounding 240kmph! We are left speechless! But remember these are claimed figures only, for now!

Hero does have plans to put Hastur into production however a certain time frame can not be predicted at this moment. Rumours predict a 2016-17 launch. If Hero can launch Hastur at somewhere around INR 4 odd lacs or thereabouts, we shall say it would kill any other bike in and around that tag, or even over it! 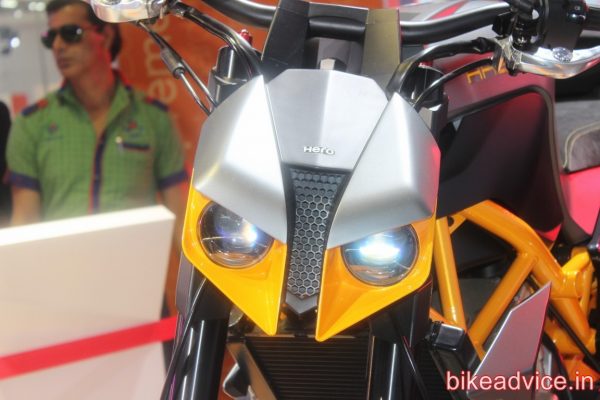 If Hero gets the Hastur past its concept phase, it would be one heck of a launch and a fitting showcase of Hero’s R&D into serious biking.