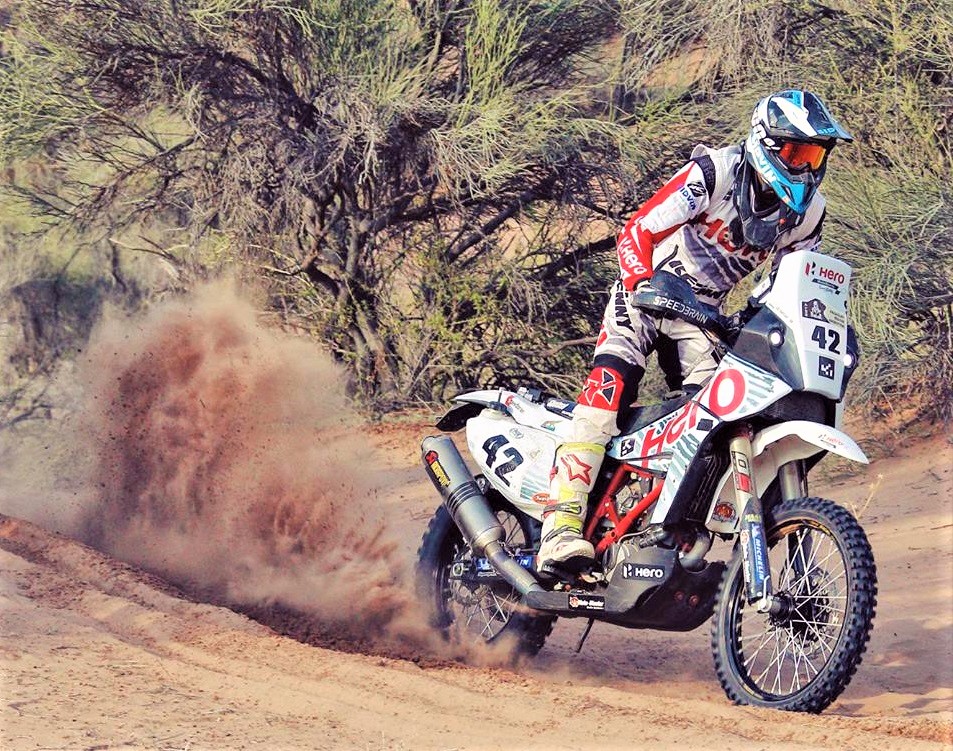 Hero partnered with Speebrain and sent two riders – Joaquim Rodriguez and Indian CS Santhosh at the world’s toughest rally – Dakar 2017! And crossing 12 stages, which included everything you do not want to encounter on a tarmac, both of them finished the rally successfully…. and yes you can gauge the extremity of Dakar by the fact that even ‘finishing’ it is an achievement. 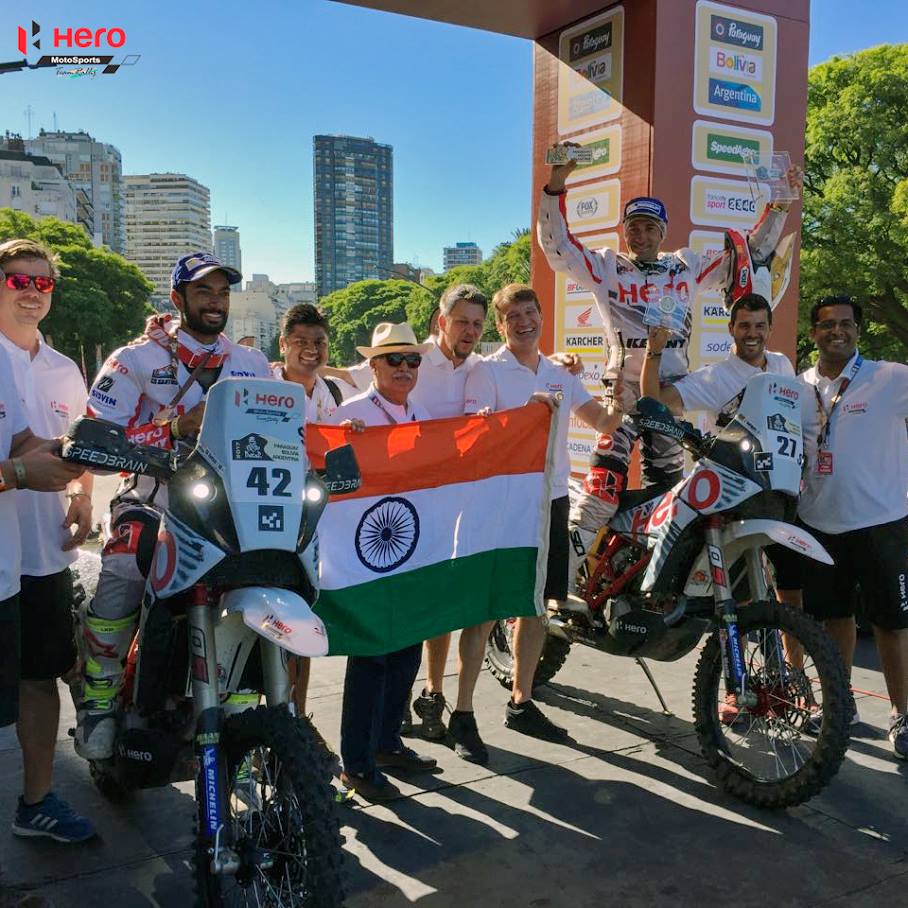 What is more commendable for Hero is that Joaquim secured a very very respectable 10 spot while our CS Santhosh managed the 47th position. Last year’s winner Toby Price, who was leading in the initial stages, crashed and broke his hip bone and couldn’t compete the rally.

Sam Sunderland of KTM was the winner of this year’s Dakar and this is his first ever since he began participating. The second and third positions were also bagged by KTM riders. In fact, female rider Laia Sanz of KTM also finished the race. 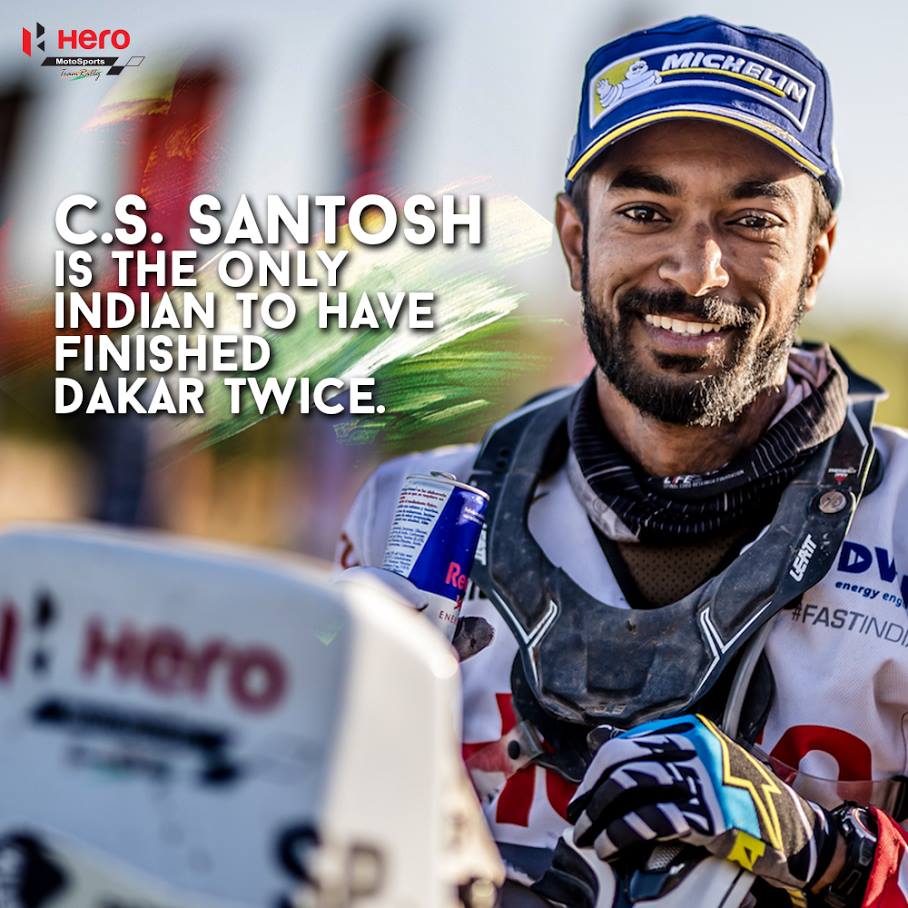 The other Indian Aravind KP, who was representing Sherco TVS, fractured some of his bones and had to retire after two crashes. Juan Pedrero, the other rider of the team, however, finished the rally and secured 13th position. 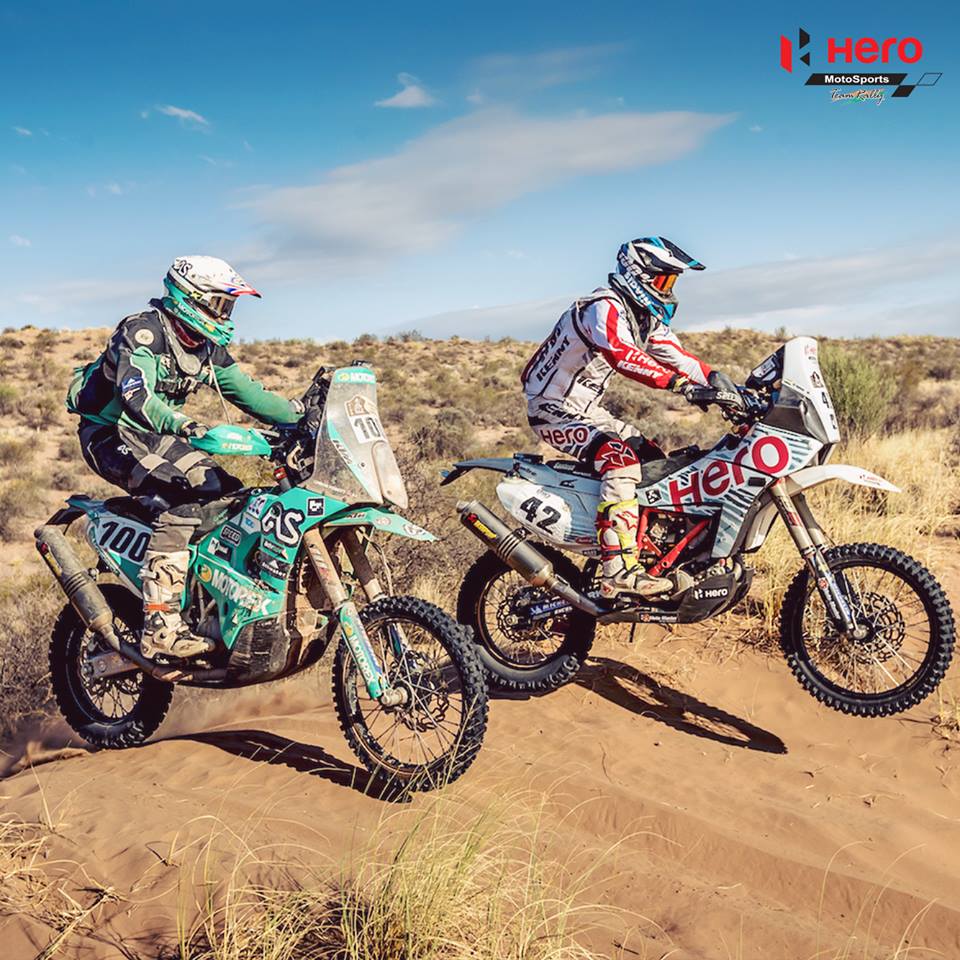 Its a tremendous achievement for Hero as it was their first outing at Dakar. Hardcore admiration for all the riders who finished the unpredictable and challenging rally and best of luck to all those who who had to retire for the failure of either the machines or the (human) bodies. We know no wounds/fractures can stop these riders from rising again and competing afresh! BikeAdvice’s special salute to CS Santhosh, our Indian speedman, who has made the country proud!