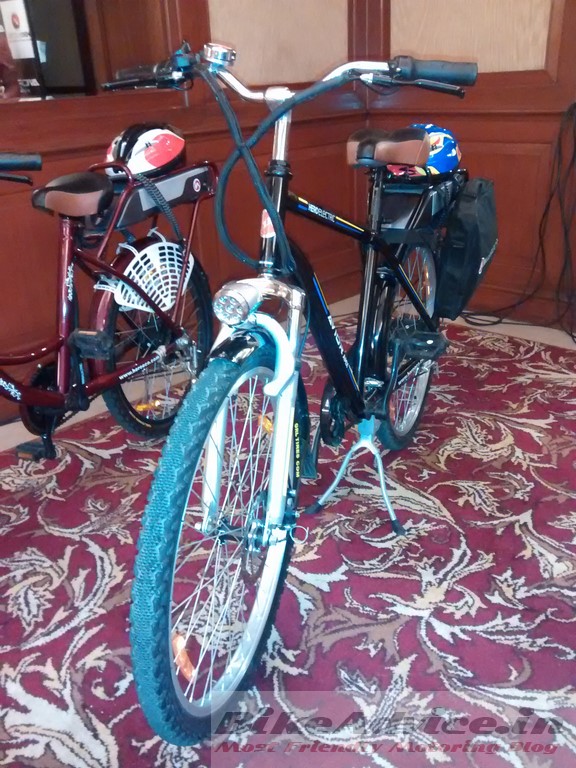 Hero Electric, part of the Hero Eco Group has launched the Avior range of electric cycles. The company has already been selling pedal assisted e-bikes in its international markets under the brand name A2B, and hopes that the Avior range will also win hearts in India and bring a radical transformation in the outlook towards cycling as a means of transportation. 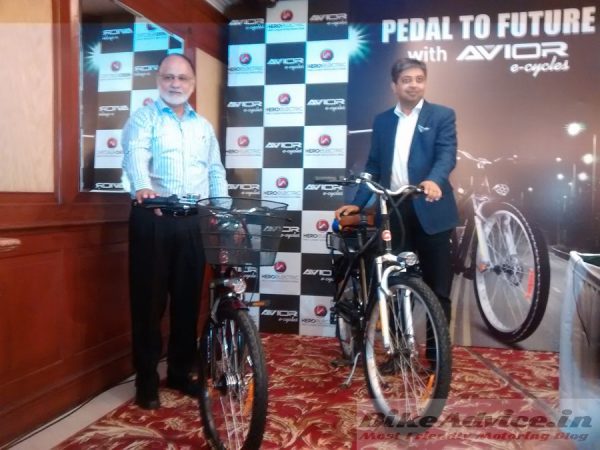 The cycles will be available in two variants:

Delhi government has even provided a subsidy because of which these cycles can be sold cheap and do not come under the umbrella of VAT. These bikes have a 6 speed Shimano gear mechanism and can be cruised at a maximum speed of 25 kmph when propelled by battery power. The 250 watt 24 volt 9Ah lead acid battery will take approximately 4.5 to 5.5 hours to be charged fully. On full charge the cycle will give you a maximum range of 25 km after which you will have to pedal this 33-34kg cycle to your destination. The fully detachable battery will have a life cycle of at least a year after which a new battery will set you back by another 2,000 bucks.

*both prices on-road in Delhi

There are some distinct differences between the AMX and the AFX variants. The AMX is a kilogram heavier than the AFX, tipping the scale at 34 kg. It gets 26 inch wheels and has a wheelbase of 1,080 mm. it even gets electronic disc brakes and the 6 speed Shimano gear mechanism. The AFX though just gets a front metallic basket and a saree guard! No disc brakes and no gear mechanism. It also has a slightly shorter wheelbase at 1,040 mm and gets 24 inch wheels. 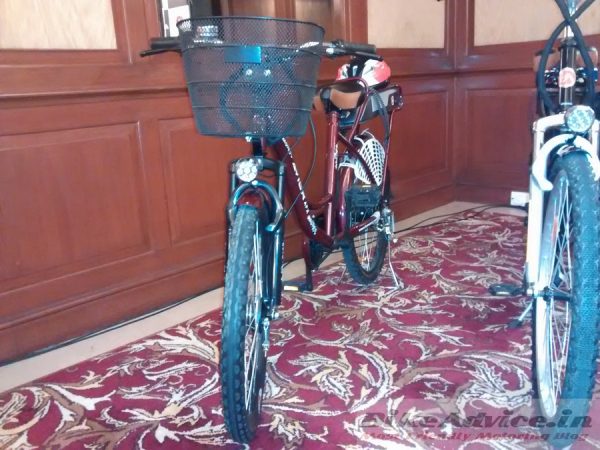 Although the battery pack has been kept at the rear end, the engineers at Hero have worked hard to keep the weight balanced. In fact the weight ratio between the front end and rear end has been brought to 35:65. Both the models include a LED head lamp and an integrated tail lamp in the battery.