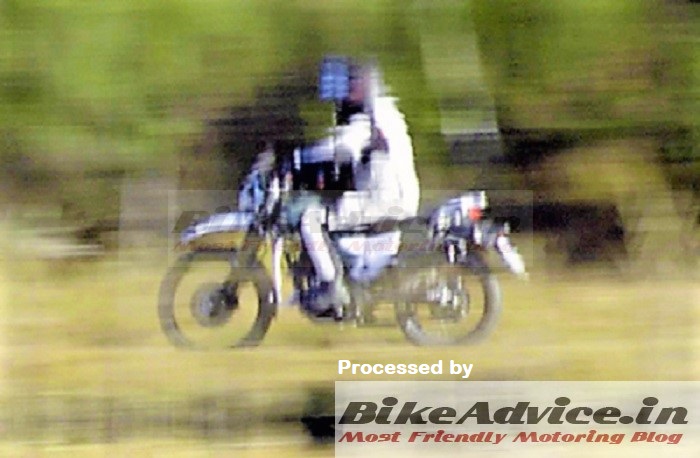 Intentionally or unintentionally, Hero has leaked its new upcoming adventure motorcycle in a very unclear image. Actually, they shared a teaser earlier which featured the same motorcycle but it was overlapped by the #HeroatEICMA ticker (pictured below) and hence many, including us, gave it a pass, considering that it could probably be their Dakar motorcycle or something from which we can not deduce anything. And so, Hero decided to let go the motorcycle itself!

Let us quickly talk about some of the bits which we could notice from the pic. 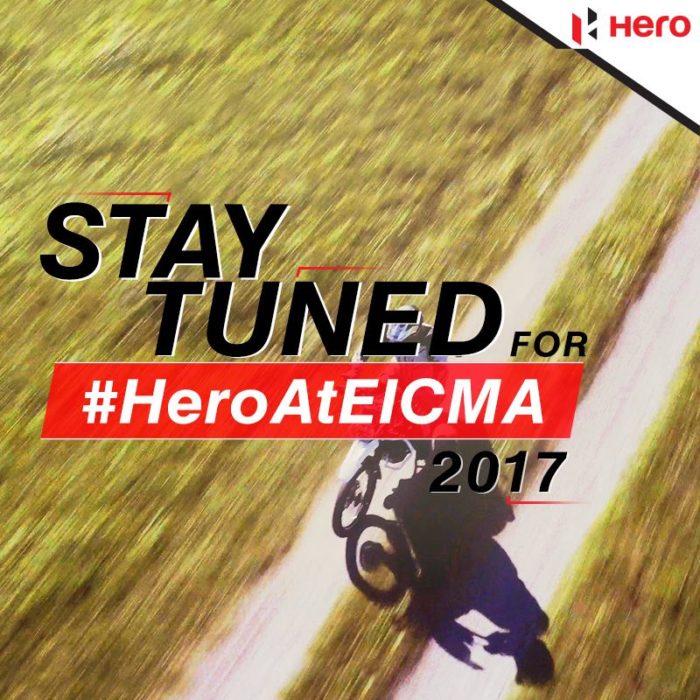 In the same teaser Hero has clearly hinted that the motorcycle will be unveiled at EICMA which begins from tomorrow (7th Nov 2017). It will be worth a wait since this does NOT appear to be a wild concept which could not be brought to reality (like Hero’s 2014 and 2016 Auto Expo concept motorcycles). Let us wait and see what does Hero has in store for us…

Also Read: Remembrance – Hero HX 250R; Will it Ever Come?

Anything else which you could notice not mentioned here…?