As announced, Harley Davidson has unveiled the Street 750 in India at the ongoing India Bike Week in Goa. The company did extensive research to gauge expectations for a new bike in 10 different countries, including India (Delhi, Bangalore and Mumbai). 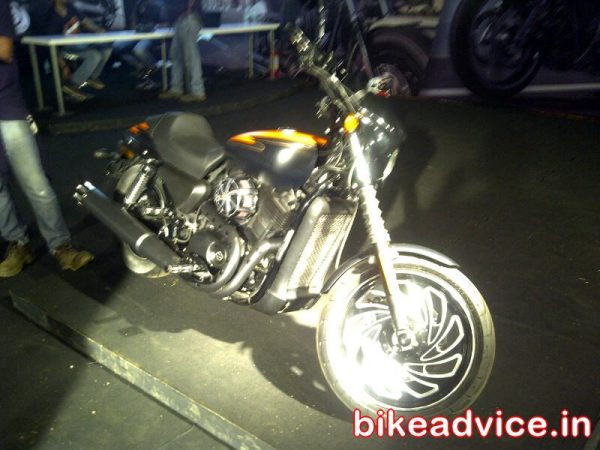 What they found out was that the customers wanted an urban, manoeuvrable bike with dark styling. What came out of the research was Project RUSHMORE, which answered all the expectations.

The Dark Custom Street 750 from Harley-Davidson is built for the urban environment and is armed with an all-new Revolution X, V-Twin engine. The blacked out 749 cc, 4 valves per head, liquid-cooled engine is attuned for urban riding and so is the suspension set up. The 6-speed gearbox delivers all the brawn from the dark engine through the trademark HD final belt drive. The bike weighs in about 217 kg with a full tank of petrol, which is featherweight as far as Harleys go. 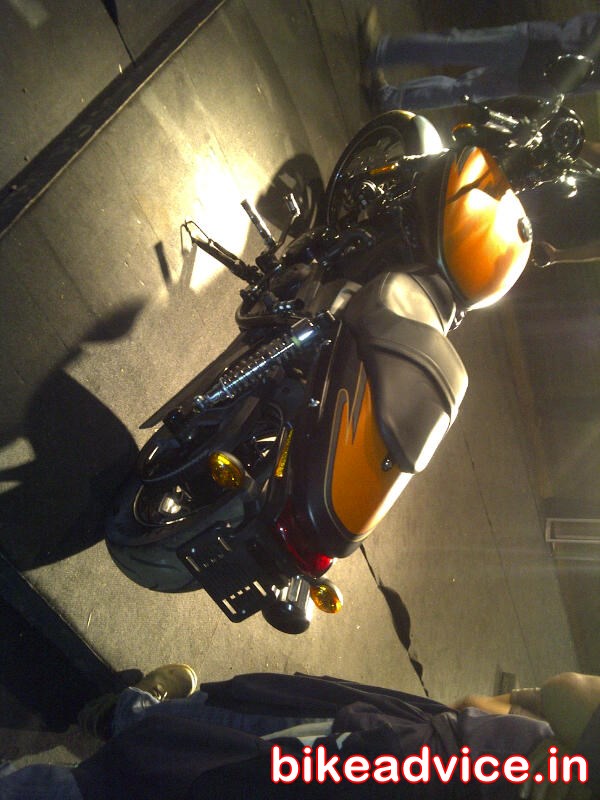 It is also slimmer with broad, pullback handlebar for easy handling. The seat height is low and the tyres are surprisingly our very own MRF rubber. The deceleration chores are handled by disks with single calliper fore and aft. Although exact engine output has not been officially declared, people in the know are suggesting a figure of around 40 bhp. 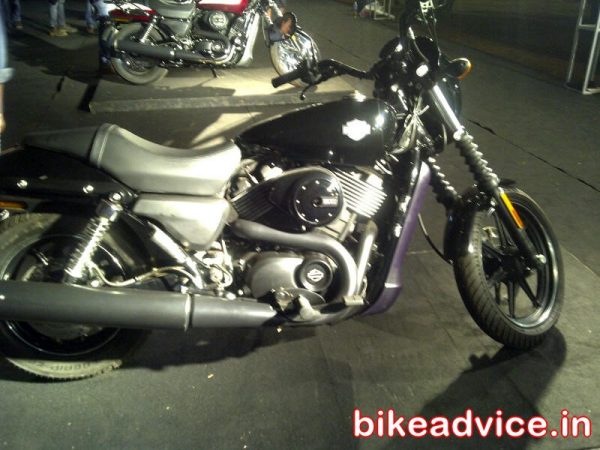 The Street 750 was unveiled yesterday at IBW, Goa, and launch is slated for 5th February at Auto Expo in Delhi. HD has affirmed that the Street 750 will be priced inside of INR 5.0 lacs on the road. It will go on sale in India, U.S., Italy, Spain, and Portugal simultaneously around about April this year.

The smaller and lighter Street 500, another creation out of the Project RUSHMORE, will also go into production at Bawal, Haryana, at the same time as Street 750. The launch of the Street 500 although won’t be any time before 2015. 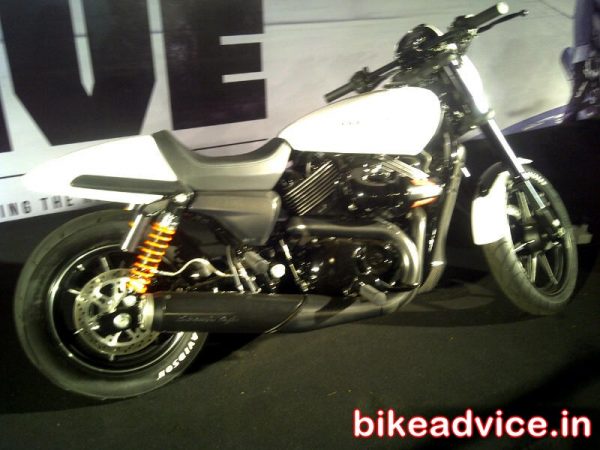 If you have been saving up for your own piece of motorcycling history, perhaps this is the right time to make that call.

I was literally thrown off the chair I was sitting on when I learned that there are more than a thousand Harley-Davidson owners in the country at the current time and most of them made it to the ongoing Indian Bike Week at Goa yesterday. Anoop Prakash, Managing Director, Harley-Davidson India, puts it more succinctly. He said that one out of every four Harley’s sold in India since their beginning in 2010 are present at the jamboree. Taking that into account, we can safely conclude that there are more than 4000 of these cult machines currently thundering about in India. And there are still more to come, starting with this brand new Street 750.