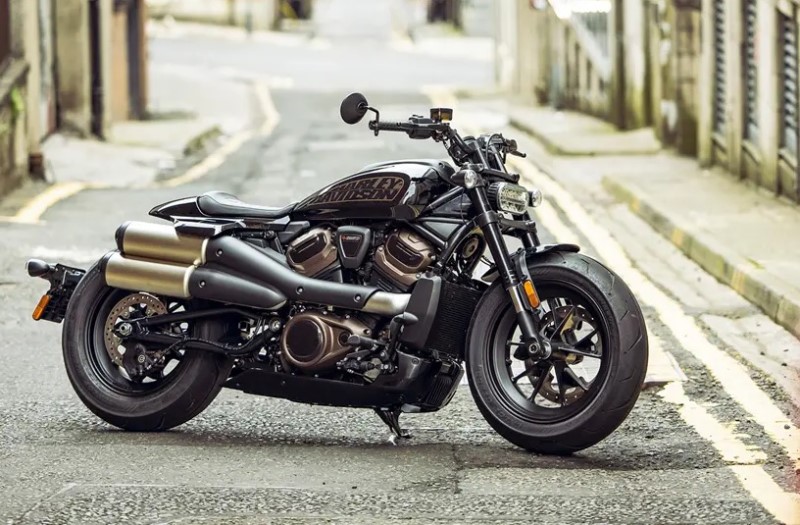 Harley Sporster S is company’s next all-new product after the Pan America. It comes to India after almost 3 months of global reveal.

Hero MotoCorp, the exclusive distributor of Harley Davidson in India, has announced the arrival of its all-new Sport-Custom motorcycle – the Sportster S – at the Indian Bike Week (IBW) 2021.

The bike was revealed globally in August of 2021, and it has finally entered the Indian market. This is the second new motorcycle after Pan America to be launched here.

At its heart is a 1252 cc v-twin engine dubbed as the Revolution Max 1250T which produces 120 bhp and 125 Nm. This water cooled 60 degree v-twin motor gets DOHC and a VVT system. That also means that it shares its engine with the Pan America. However, the ADV produces more power.

The Harley Davidson Sportster S does not have a traditional frame since its v-twin engine acts as a stressed member of the chassis. This is done to help improve the feel of the bike and reduce its weight. The chassis gets a new suspension from Showa that is fully adjustable while Brembo is helping with the braking duties.

The new Sportster S gets three riding modes – Road, Sport and Rain. It is equipped with features such as cornering ABS, lean sensitive traction control, 4 inch round TFT screen which is housing other functions such as navigation and access to the Harley-Davidson app. Other features include LED lighting, new multi-function switchgears and a new restyled high level flat-track inspired exhaust.

The rowdy-looker is priced at Rs 15,51,000 ex-showroom Delhi. It is available in three colors – Midnight Crimson, Stonewashed White Pearl and vivid black.