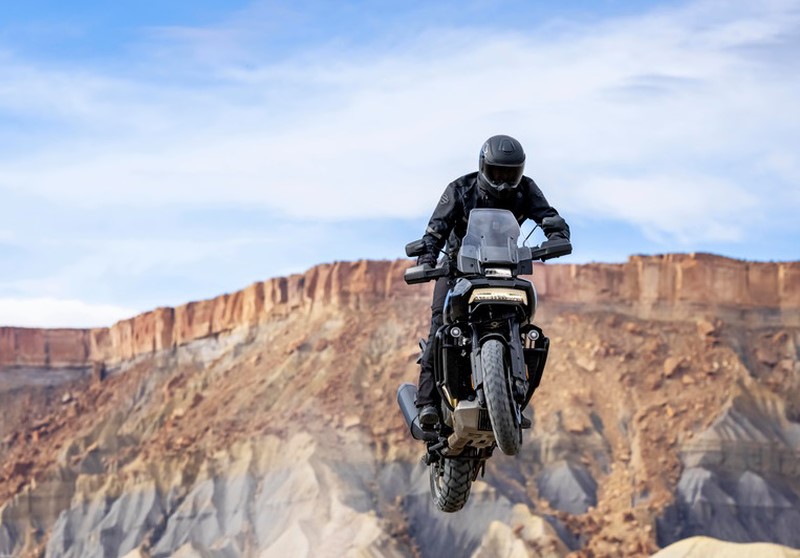 Harley Davidson Pan America price for the top of the line Special variant is just a shade under 20 Lac. It is a departure from ‘ADVs’ that we are used to seeing…

Though Harley Davidson has closed its Indian subsidiary, it continues to be present here through the distribution tie-up with Hero MotoCorp. And Hero has officially announced the arrival of the Pan America shortly after its global debut in February.

Pan America is Harley Davidson’s first adventure motorcycle and it is in pursuit to widen its portfolio to rope in younger customer base. Pan America is also a slightly different take on the Adventure motorcycling. It is powered by a 1252cc, Revolution Max V-Twin, DOHC, engine which produces 152 PS of peak power at 8750 rpm and 128 Nm of max torque at 6750 rpm.

It comes with an upright seating posture and has a frame mounted fairing. The ADV, which runs on 19 inch and 17 inch tyre combinations, comes with five ride modes – Sport, Road, Rain, Off-Road and Off-Road Plus.

Bookings of the motorcycle have opened from today and deliveries are expected to take place around June according to the official website. Hero also says that service of Harley motorcycles is being expanded beyond the 12 cities covered by dealers, through its own network.