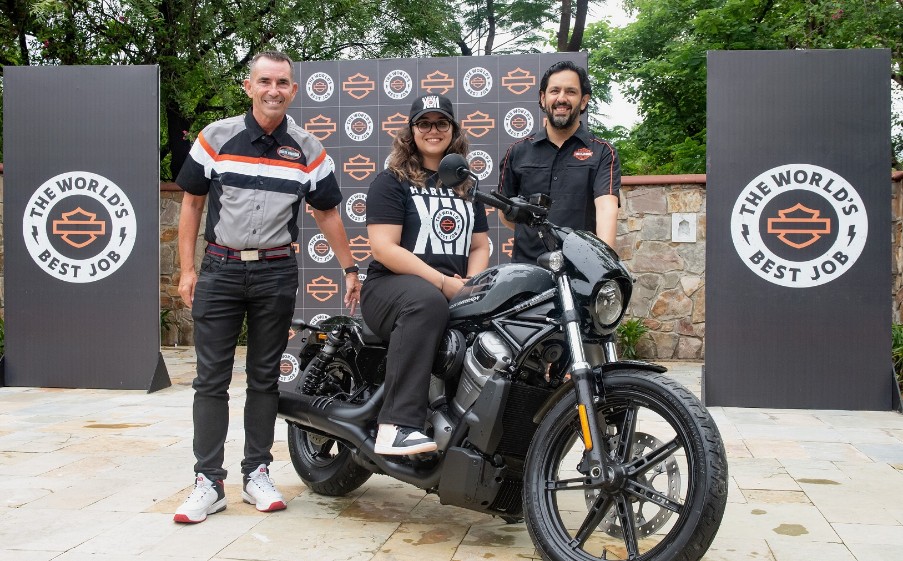 Harley Nightster price in India is on the higher side as it is brought and sold here as a Completely Built Unit. It is offered in three color variants..

Hero MotoCorp, which is the distributor of Harley Davidson branded motorcycles in India, has officially launched the Nightster in the Indian market, after its global unveil earlier this year.

The Nightster is a new model in the company’s Sportster range and comes with a water cooled engine – a first for the Sportster range in 65 years of existence. It debuts the new 60 degree V-Twin, Revolution Max 975T engine that is a smaller version of the bigger 1250T unit. It churns 90 hp of peak power at 7500 rpm and 95 Nm of max torque at 5000 rpm. Harley claims that the torque curve of the motor remains flat throughout the rev band.

The Nighster is brought to India as a CBU (Completely Built Unit) and hence costs a whole lot more than its US or UK prices.

It rides on a pair of 19-16 inch alloys and gets electronic aids like like Anti-lock Braking System, Traction Control and Drag-Torque Slip Control as standard. There are three riding modes – Sport, Rain and Road. Key features include all-LED lighting, 41 mm Showa shock-ups at the front, etc.

Harley Davidson has also started deliveries of the motorcycle with Dr Aneeka Arora, a dentist from Rohtak, emerging as the first customer. Bookings are on across all Harley dealerships in India.