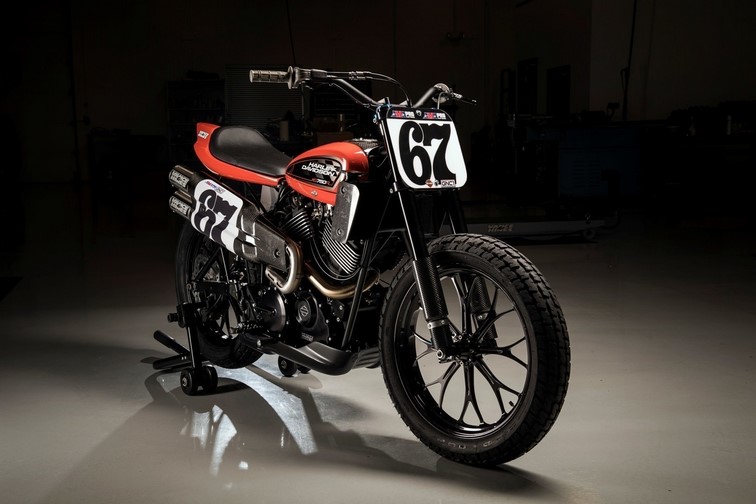 Harley Davidson has unveiled the XG750R, their first flat track racer in 44 years! This race ready motorcycle will be competing for the company’s Screamin’ Eagle Factory Team at the dusty oval dirt tracks across the US. Based on the Street 750, it’s debut will be this weekend at the AMA Pro Flat Track Springfield Mile in Illinois.

Powering the bike is the liquid cooled, fuel injected 750 cc Revolution X V-twin mill from the Street 750, but the XG750R is strictly for racing purposes and not something which you can go to a dealership and buy. It will be ridden by the factory team rider Davis Fisher. The race modified engine and chassis have been developed by the good men at Vance & Hines who are also an official partner of the team. 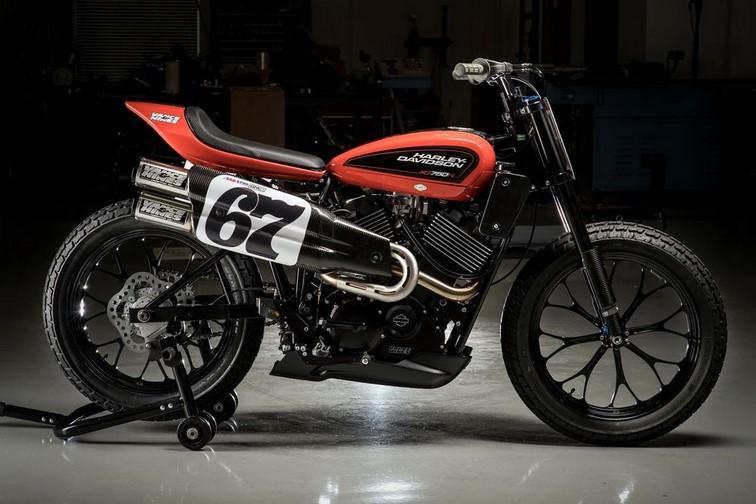 Replacing what has been called as the most successful race bike of all times, the XR750, which had been introduced to dirt racing in the 70s the XG750R has a tall order to climb. How tall? Well, the previous edition has been winning championship from 1972 to 2008! Now that’s something.

The gorgeous looking bike gets a beautiful exhaust and will be fighting for the top slot. AMA flat track racing is one of the most gruelling form of motorcycle circuit racing with the track testing the limits of the rider as well as the bike. We wish Harley Davidson the best in this latest venture.