Here is some refreshing and good news for all the Harley Davidson fans. Harley Davidson, the cult bike maker from US, decides not to hike any prices on its CKD (completely knocked down) models assembled in India despite the increase in import duty. The bike maker said that they are evaluating the options in wake of new CKD norms that have resulted in higher import duty. 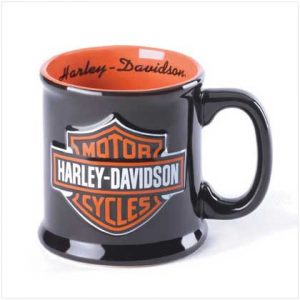 Mr. Anoop Prakash, Managing Director of Harley Davidson, said that the company is keen to deliver their promises to their dealers, consumers and bike lovers all across India and thus decided to not increase current prices on their two CKD models viz. Iron 883 and SuperLow for current calendar year. In December, the company had announced that the SuperLow and Iron 883 will be the first two models to be rolled out of the CKD assembly facility in Bawal in Haryana. The bikes are priced at Rs 5.5 lakh and Rs 6.50 lakh (ex-showroom), respectively.

Speaking further, Mr. Anoop Prakash said that the company is deciding on what strategy to follow next and in future. He said that the company will and always remain committed to Indian market and right now the company is deciding whether to go with the new CKD standards or manage the business with higher import duty. In the recent budget the finance minister gave a new definition to CKD import kits which excludes pre-assembled engine, gear box, transmission and chassis from its purview. The new definition resulted in an upward increase in customs duty to 60%; which later was revised to 30%.

Mr. Anoop finally said that the company respects government’s policies and is currently evaluating these policies. Overall the picture is pretty clear that Harley doesn’t wish to increase prices on its CKD models for this calendar year but next year one may find an increment. Whatever it may be but this news is really good news for all those who wish to buy Harley’s CKD models viz. Iron 883 and SuperLow in the current year.