Here is more scoop for the Harley fans. Harley Davidson is planning to auction its first bike here in India. Harley displayed a plethora of models at the recently concluded Auto Expo 2010 to showcase what India is set to witness in the times to come. Among the others there was a particular bike which caught everyone’s attention at the podium and that was the Fat Boy painted in Indian tri colors gleaming with sizzling beauty. 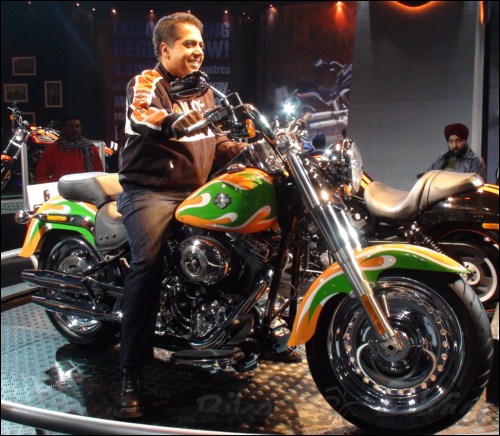 And here is the real news! This is the same bike which would be auctioned by Harley Davidson in India to kickoff there processions here in India during April this year. The offer is simple, you outbid the others and ride back home on one of the best things your money can buy ever in the world. Ex showroom price in Delhi for Fat Boy would be 18.45 lakh and it remains to be seen what would be that staggering figure this bike would sell at and who would be the lucky one to possess this one of a kind prized possession. The offer would commence sometime in March as we understand. So keep glued and rake in the required money from all the sources you can. It might not come again!