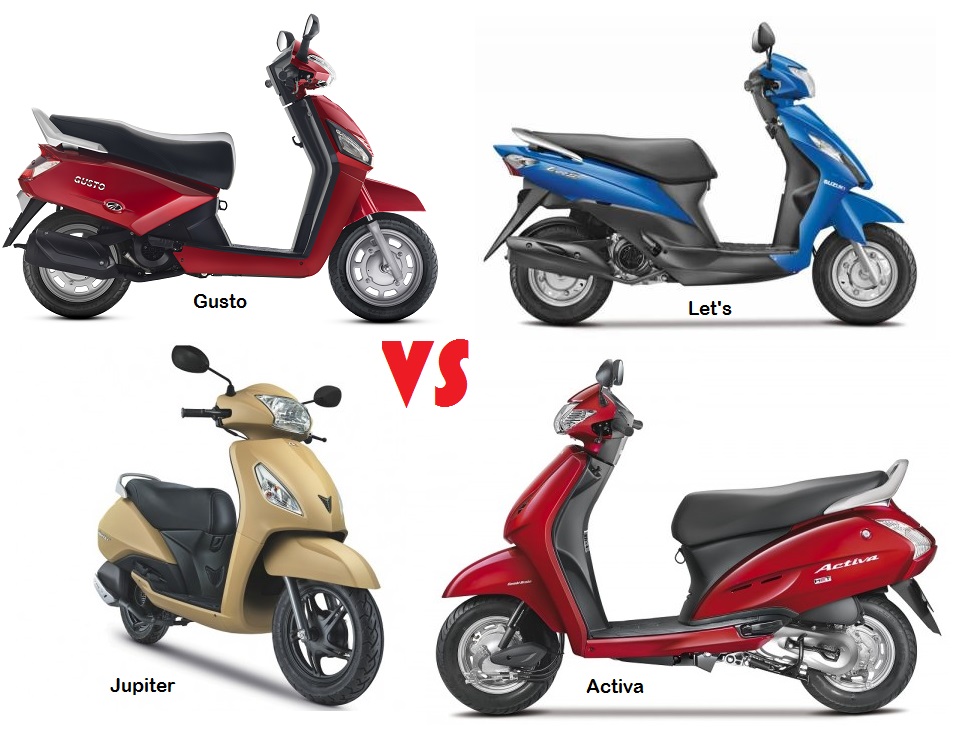 The Honda Activa has been the segment leader since a hundred million years. It, in fact, is so successful that it pips Splendor as the largest selling two wheeler in India every few months. 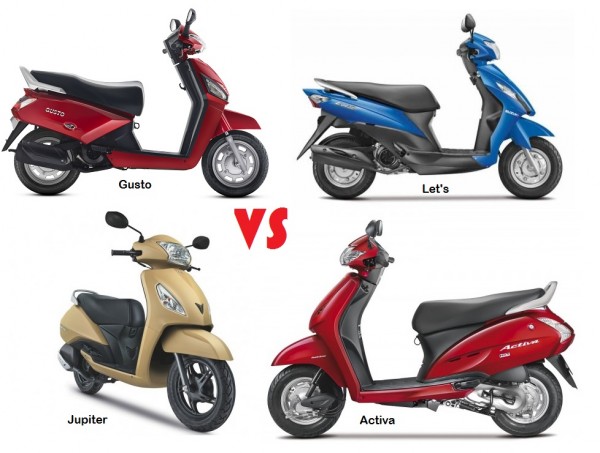 So just like high school, Miss Popular Activa has managed to garner a fair share of jealous enemies (read competition). Strangely though, the competition has never really been able to keep up against the might of Japanese stallion. With the Mahindra Gusto here finally, the new package does seem to be fairly interesting but how does it fare in front of the competition which includes the Activa; here is a quick look at the specs and finally the price of these scooters…

GUSTO vs Activa vs Let’s vs Jupiter

Suzuki Lets is the most powerful scooter here and its economy figures are equivalent to the Gusto’s 63 kmpl (ARAI rated). Its slightly larger engine also produces the same amount of torque, but the torque peaks 1000 rpm later than the Gusto.

Gusto is the only scooter here which offers adjustable seat, and hence can be used by multiple type of riders. Gusto also has the largest fuel tank which should result in the highest range and runs on 12 inch tyres, both front and rear. 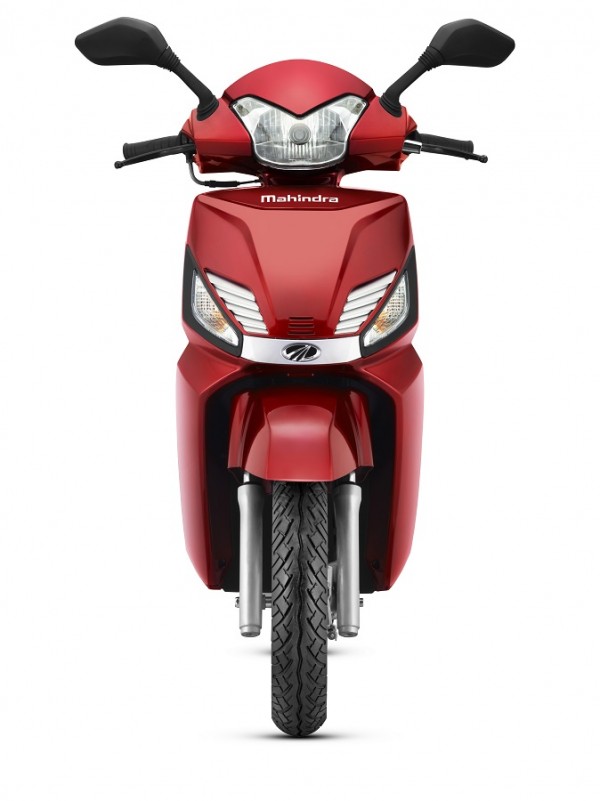 In terms of ground clearance, Lets and Gusto are the best followed by Activa and Jupiter. When it comes to price, Activa and Lets are the costliest whereas Jupiter and Gusto are well priced. However, do note that Gusto also has a high variant VX which is priced at Rs 47,000. All prices here are ex-showroom Delhi.

If you talk about on-paper specs, Activa is not really the best, heck it doesn’t even come with telescopic shock absorbers! Gusto does appear to be an interesting prospect in this list, but how do these translate into its on-road behavior? Well, do await our first ride review shortly…