Royal Enfield introduced the Continental GT in red and yellow colours in November 2013. While the red was the colour of choice, yellow was intended for those who preferred flashy toys! Last year the company added black colour to the cafe racer’s palette.

In a very recent update, one which should be the 2016 model year refresh, Royal Enfield has added ‘GT green’ colour to the line-up, very silently. Nothing else appears to have changed apart from the seat which is now in complementing brown colour.

They have also taken the yellow coloured Continental GT off the list. 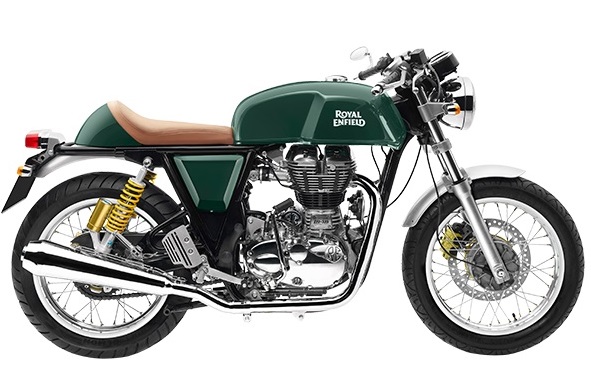 As of now the motorcycle is available in the following three options..

Apart from this, Royal Enfield is also offering free home test ride of Continental GT to widen its appeal. Upon filling this form, the dealership will bring the motorcycle to your doorsteps for a test ride. Obviously you need to possess a valid driver’s license.

This is for the first time we have seen Royal Enfield offer such a program considering the fact that they generally sit on a lot of advance bookings with wait times spanning across till 8-9 months for a few models. We like the motorcycle and its not your regular league – its different. Read our Detailed First Ride Review of Continental GT.