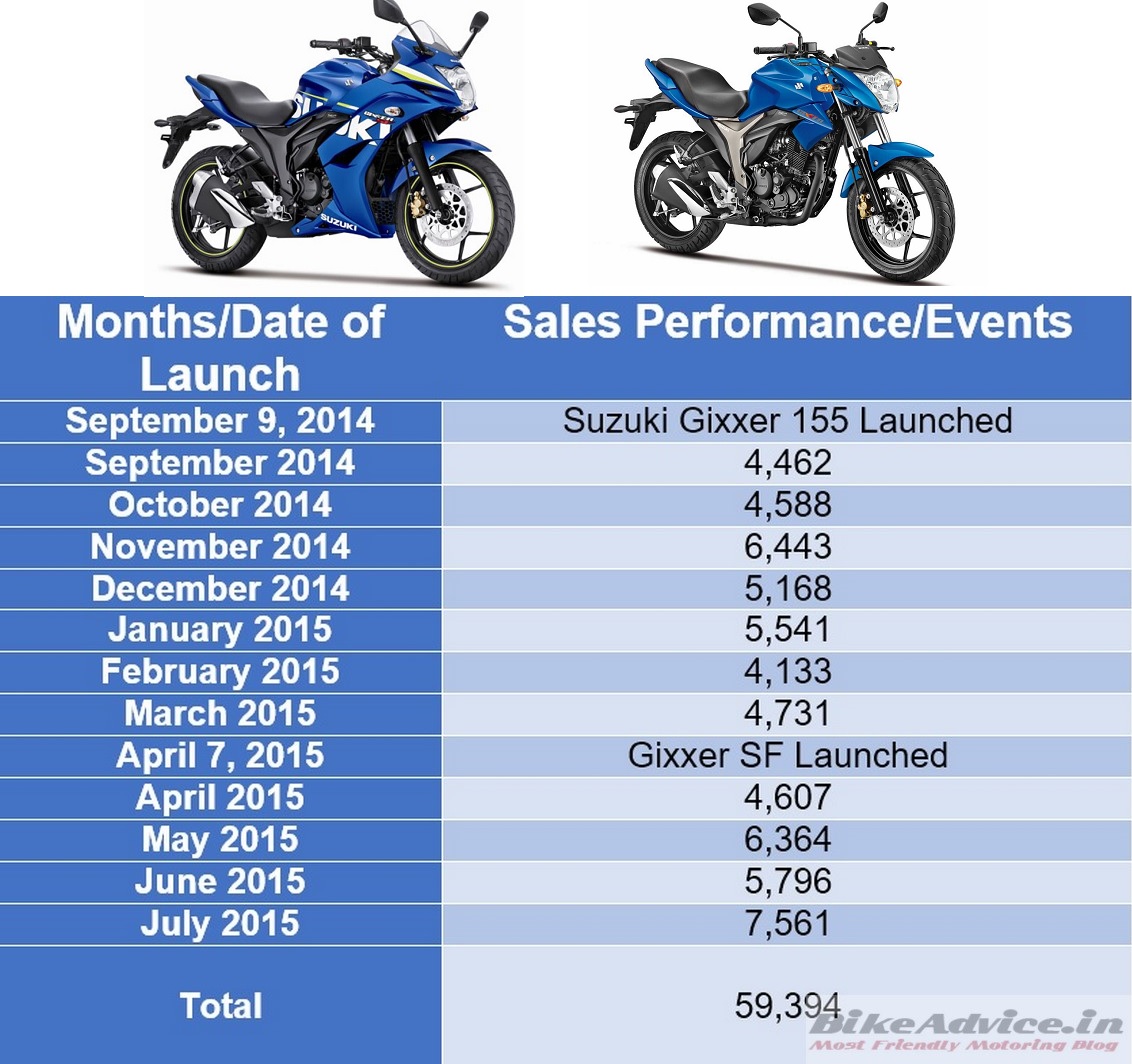 Gixxer Twins have registered their best ever sales in July and have sold a total of 59,394 units so far. They have yet again beaten Hero’s combined might of as many as five 150ccs for the month! All figures SIAM sourced.

The Indian two-wheeler market has never been Suzuki’s strong point. However, ever since the company turned its attention towards the premium 150 cc motorcycle segment, things have started becoming interesting.

They launched the naked Gixxer on 9th September 2014 which went onto become the surprising ‘best’ 150cc in the market. Gauging the pulse of common buyers, Suzuki introduced its faired version Gixxer SF on 7th April 2015, which becomes the cheapest full faired motorcycle here.

The twins have been clocking impressive sales for Suzuki just when July 2015 happened! Yes, at combined sales of 7561 units for both Gixxer and SF last month Suzuki registered their best ever figures in this segment and for the first time they crossed the 7000 mark. Their previous best was 6,443 units back in November 2014 when only the naked Gixxer was on sale.

Their third based performance was earlier this year in May when they registered sales of 6,364 units, post the launch of Gixxer SF in April 2015! Till now, Suzuki has sold close to 60,000 Gixxers in India since their first introduction.

Apart from this, Suzuki’s 150cc duo has thrashed the Hero’s five stallions, which managed only 7388 units combined. Hero’s five motorcycles in this segment include – Xtreme, Hunk, new Xtreme Sports, Impulse and Achiever. This is despite Hero’s massive sales network! 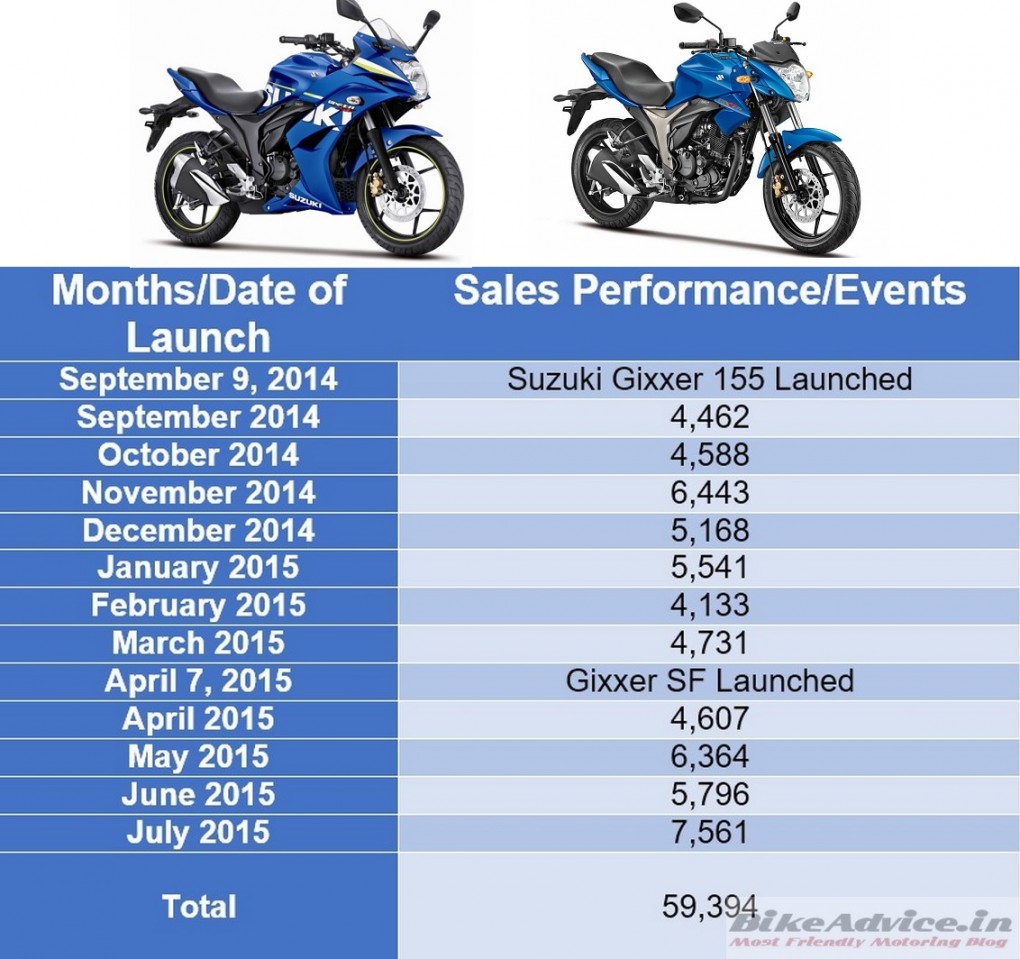 On the other hand Honda Unicorn 160 continues with its strong show with sales of over 16,000 units last month.

This should be a moral booster for the company and hope this lures them into speeding up their speculated 250cc motorcycle and we wish it comes sooner than expected. But what is surprising is that there is no official press release from the company. Come on Suzuki, when rivals boast about literally nothing, this is a feat considering your limited reach.