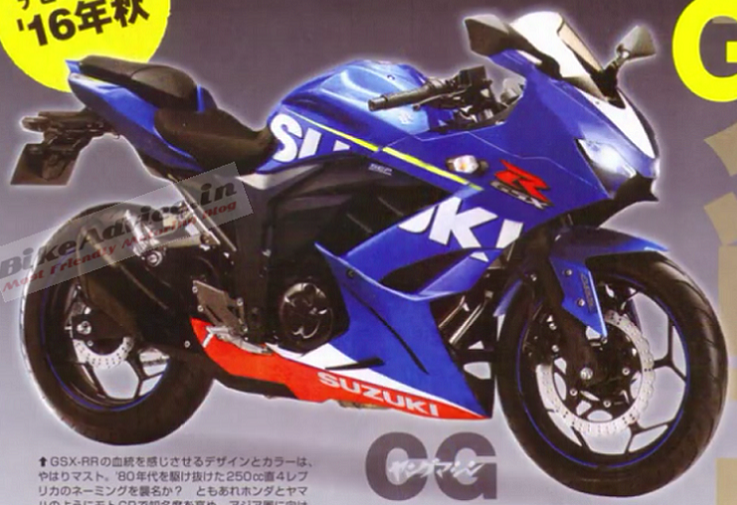 A new speculative rendering pic of the upcoming GSX-250R (Gixxer 250) has surfaced which reveals the side profile of the handsome looking motorcycle.

One of our reader, Rahul, has shared this speculative rendering of the upcoming Suzuki’s quarter liter motorcycle and the text here is, most probably, Japanese which is absolutely alien to us. We have dropped in a word with our Japanese specialist friend who is not available at the moment.

Gixxer 250 or GSX-250R, as it is expected to be called, from the side profile looks absolutely smashing. Those twin pipes hint at it being a twin cylinder motor. Tank is borrowed from the current smaller Gixxers, Split seats come from bigger GSX-R’s and the exhaust in black appears to be all new. And it carries the same very aggressive twin-headlamp face, which has also appeared online earlier. 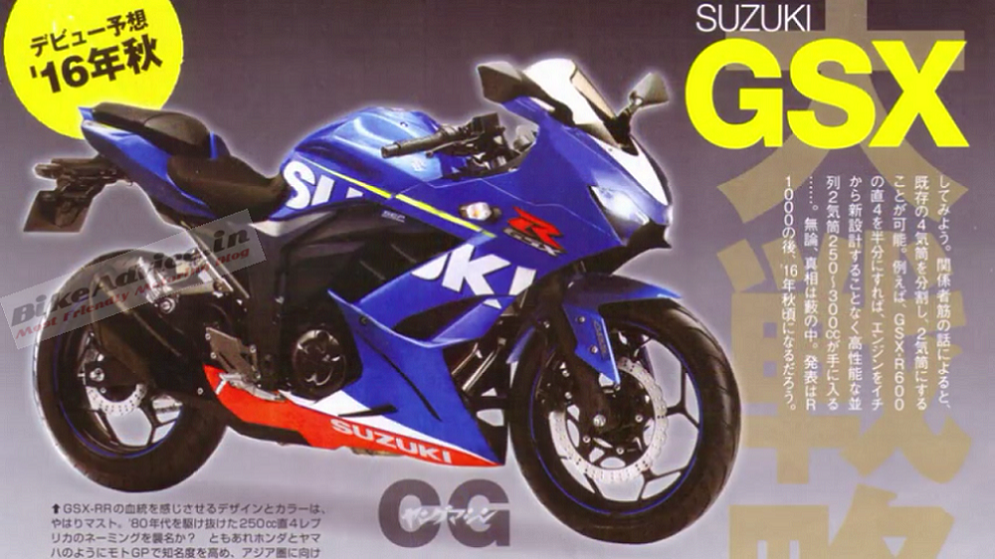 From the text, it appears that this will be unveiled/launched in 2016 ie next year and the exact displacement is not known. Going by the latest trend, it can be anything from 250 to 300 cc or a notch higher, like the 321 cc Yamaha R3, recently launched in India. Read R3’s First Ride Review

This, we are obviously taking as some artist’s imagination and the final product may turn out to be something completely different. However, frequent updates on the already confirmed 250 cc from Suzuki only mean that we are inching closer to seeing it on the roads within some months. And if Suzuki can manage a similar/same face and the overall look, somebody’s gonna get a hurt…somebody!