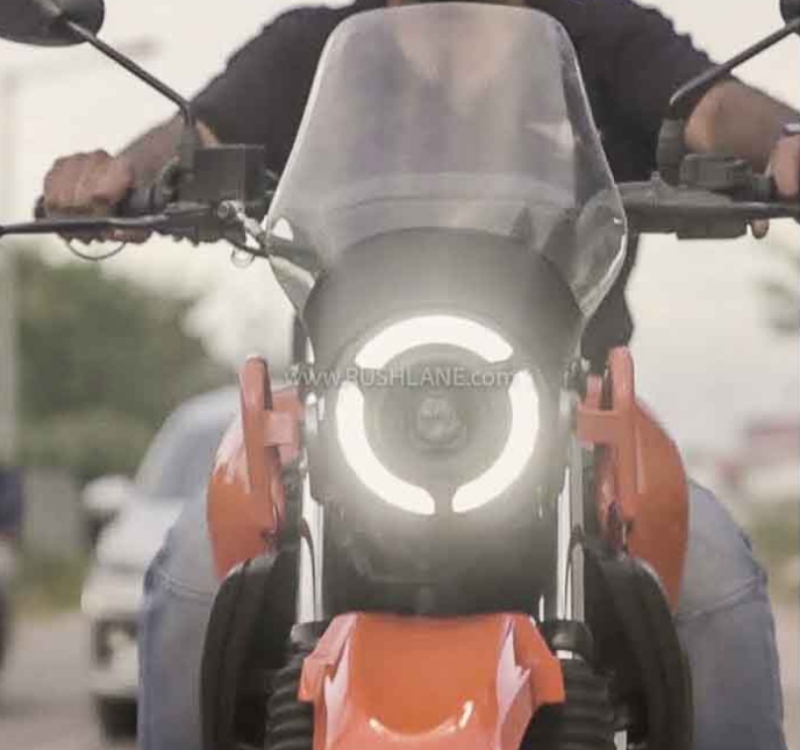 Is FZX25 launch on the cards? What is a better kitted, more off-road worthy FZX doing on the roads then? We discuss three possibilities…!

A new Yamaha motorcycle has been snapped somewhere in Kerala, reportedly under a TVC shoot. Only two close-up pics have been shared that makes it a little difficult for us to completely identify the upcoming model.

At first glance, it simply looks like an update to the FZ-X, however, that rear disc ABS sensor ring throws up more possibilities. Here are all the options that I can think of…

We can clearly see a big windscreen at the front along with a cover that safely houses the digital instrumentation. But notice two things – a raised front mudguard and what appear to be body-colored tank side frame (that can hold jerry cans and other stuff) – very similar to the Himalayan – that can offer more off-road credentials to this motorcycle.

Why are there no side blinkers is a question to us as well and then we can also see those Nissin branded brake calipers that the FZs come equipped with.

Finally, a scramblerish 250cc FZX with more off-road worthiness (dual channel ABS and other stuff) at around Rs 1.60 lac looks like a better preposition that a better kitted (with more features) 150cc FZX at around Rs 1.40 Lac! What do you think…?