KTM AG sports, an Austrian bike manufacture in which Bajaj Auto owns 40% share, has unveiled three new motorcycles in EICMA 2011 (69th International Motorcycle Exhibition Milan) at Milan, apart from KTM Duke 200. Duke 690, Freeride E and Free ride 350. All are special motorcycles and may find their way to India in long run. Let’s have a look at these three bikes

Freeride E: The Evolution of a Revolution

Freeriede E is a electric off road motorcycle (E stands for Electric). The Freeride E is the first production bike to use a high voltage design with 300 Volts, similar to electric cars. The engine delivers 29.5 bhp (22KW) of power with 42Nm of torque which makes this motorcycle extremely fun riding. An electric engine means there is no clutch and gearbox, just give accelerator the motorcycle will move on. 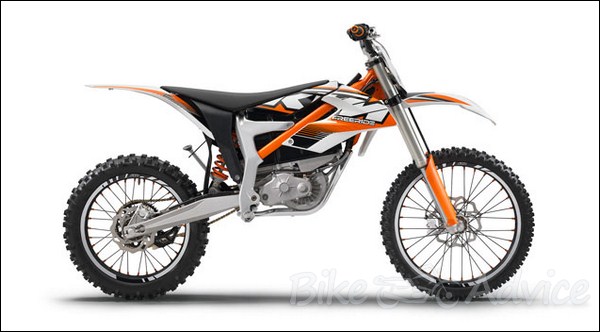 The 2.1 KW battery storage requires 90 minutes to fully charge. One the battery is fully charged it can run up to one hour. What more, you can also change your battery with other battery because of special quick change system. The battery components are 100% dust and water proofed. The bike weighs only 95 Kg which makes handling pretty easy in case the batter got discharged. 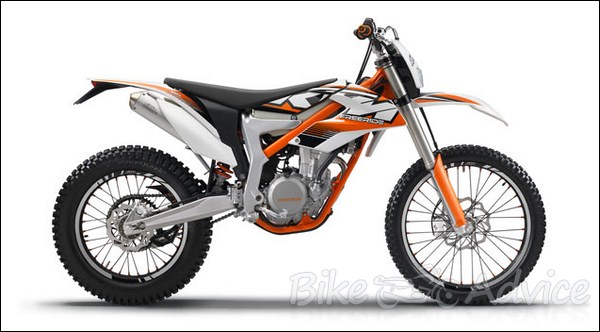 KTM has made this as high torque, lightweight off road motorcycle . It weighs only 99.5 Kg and has fuel capacity of 5.5 liter which is enough for long ride as well. Bajaj Auto may introduce Freeride in India, if Hero Impulse does good sales in India.

What do you think about the above two bikes? Leave your comment.