How would the cars look like, if major two wheeler giants get into this business? Well, I’ve no clues on how they would even look like but the reverse fact of that is the latest trend as on date. We’ve been reporting a lot of news where car companies are getting into making of bikes (Bicycles, of course!) 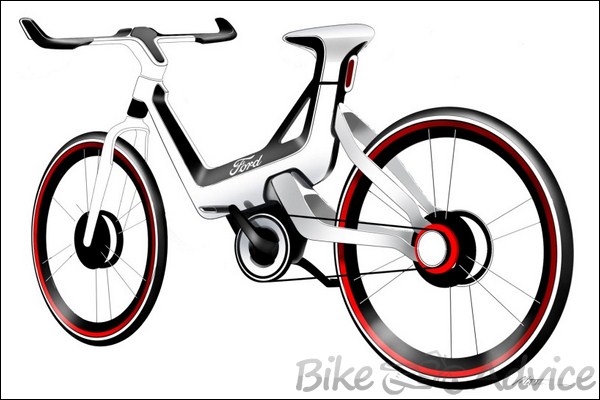 This time, it’s Ford which showcased the concept in the Frankfurt Auto Show, Germany and I don’t think it’s gonna take shape to come into reality. But, what’s so special about this bike that makes it stand out from that of Audi, McLaren and so on? Here’s something which you wouldn’t even have thought of. It is the fact (which is hard to digest) that this bike uses Formula One technology of magnetostriction sensor technology. Magnetostriction is a property that belongs to ferromagnetic materials which force them to change their shape or dimensions during the process of magnetization.

Regarding this technology, Ford claims, “Magnetostrictive materials are used to convert magnetic energy into kinetic energy, and vice versa,” says Ford. “In Formula One, these sensors help handle high engine revolutions in combination with intense thermal strains. They need no physical contact with other parts of the engine, are temperature-independent and are completely maintenance-free.”

This bike incorporates the F1 sensing technology into a two wheeled bike with a pedal. There is also an electric motor assist which finds its position at the front and the cable for the same will be hidden along the trapezoidal frame which the bike bears and moreover the frame is light in weight too. The reason for its lightweight characteristic is that the frame is made of aluminium and carbon composite material.The frame weighs as low as 2.5 ks according to what the company claims.

Here, there is one more fact that is to be mentioned. This Ford E-Bike is not the first urban mobility concept to incorporate the F11 technology. M55’s Terminus E-bikes, which is a production based concept uses F1’s stopping power to aid in stopping of the bike instantaneously.

In one of the company’s press statement, it has seen quoted, “The E-Bike Concept demonstrates how Ford’s design language can translate to a bicycle.” 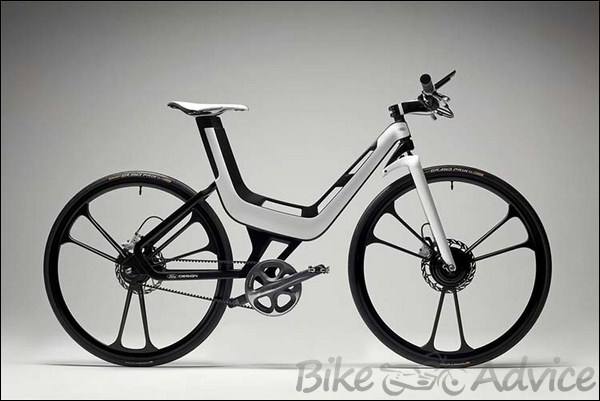 The Ford E-bike concept houses a motor in the front wheel hub, a lithium-ion battery concealed in the frame which Ford describes as “patented sensor technology from the world of Formula One” that converts magnetic energy into kinetic energy and vice versa as well.

“The sensors read the revolutions in the inner bearing and relay this information to the control unit within a hundredth of a second. The control unit then instantly activates or deactivates the electric motor,” explained the company.

The specification of the bike includes a hidden carbon belt drive system, a Shimano Alfine 11-speed internal gear hub and a Shimano Rapidfire shifter. The E-bike is capable of covering around 50 miles, if charged once. The charging unit also prevents the battery from overcharging, undervolting, overheating and shortcircuit. The bike also sports 6-spoke wheels fitted with an exclusive Ultra Sport tires from Continental. 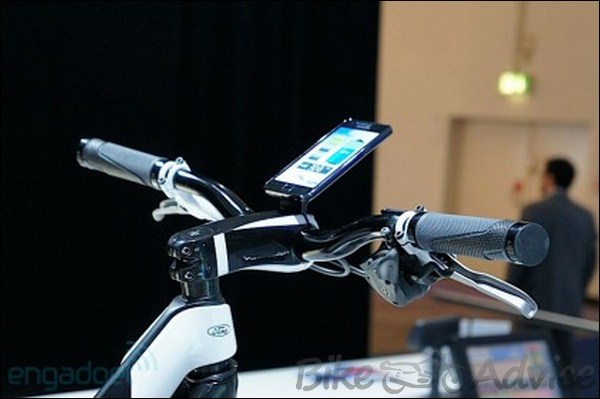 The bike also houses a display which will be mounted along the handlebar, capable of providing information of the battery range, tripmeter, maximum speed, average speed and service reminder besides enabling the rider to select one of the 3 available modes which are Economy, Comfort and Sport. The design of the bike is non-gender specific and so riders irrespective of being male or female can ride this bike.

We’ve got no shocks or surprises to give you in terms of pricing of this bike because as mentioned earlier, this concept is not for production. It is just to showcase the technologies that the company is really capable of.

Owing to the demand of such bikes in the International market, concepts like this with a production capability should soon hit the roads.