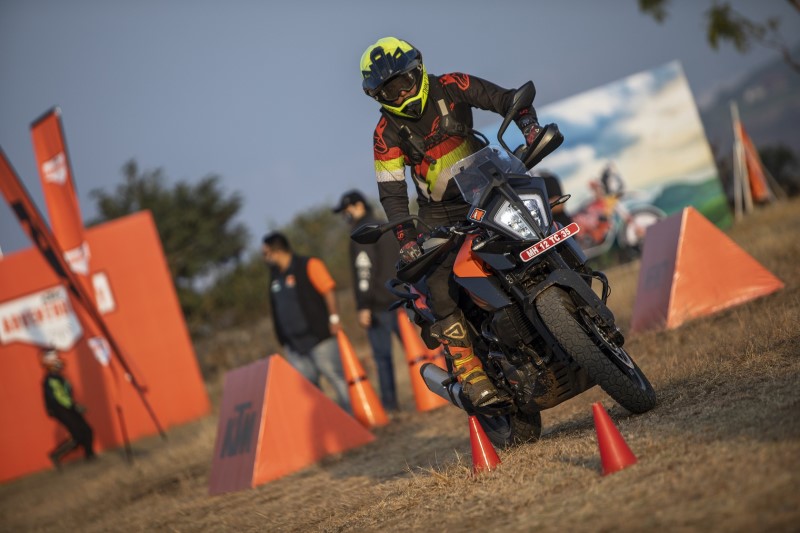 First edition of KTM Adventure Day was held in Pune and the company plans to hold such events in seven more cities in the days to come.

India’s fastest growing premium motorcycle manufacturer – KTM has conducted the first KTM Adventure Day in Pune on December 20. It is a closed-circuit program that is anchored by KTM’s ‘master trainers’ and under the guidance of KTM International Athletes.

KTM Adventure Day is aimed at impacting off-roading skills and crucial trail riding skills to the owners of KTM Adventure range of motorcycle owners. The event was held at 21 Enduro Park in Pune, and the program was attended by KTM Adventure customers in Mumbai and Pune.

During the event, the customers were trained on the theory of bike controls and set up, postures, bike lifting, long distance tour planning, and also on improving their riding skills through multiple drills like salom, figure of 8, power turns, hill recovery, etc.

While this was the first ever KTM Adventure Day event held by the company, they inform that they will hold such events in seven more cities across the country. For this, KTM has roped in prominent names like Nilesh Dhumal (Head Trainer for Big Rock Dirt Park), Ouseph Chacko (Founder & Instructor at School of Dirt), Philippe Geelhand (Founder & Instructor at PP Adventure Rides), and Varad More (Trainer at 21 Enduro Park) as its master trainers for the event.