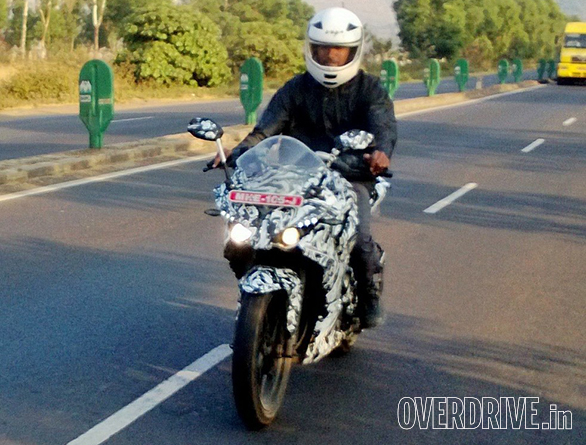 Bajaj has been consistently testing their upcoming ‘first ever’ fully faired Pulsar. In a new set of spyshots, courtesy Overdrive, the much awaited machine has been snapped with its dual projectors ON, but why during the day?

This could either be the smaller Pulsar 200SS or the bigger Pulsar 400SS because both are supposed to look absolutely similar, well almost. Bajaj has so far unveiled only the Pulsar 400SS at the Auto Expo in a surprise development!

The mule here also has the eyebrow pilot lamps which appear to be LED DRL (daytime running light) units and the complete face should look menacingly good during darks. This is Bajaj’s second attempt at faired bikes after Pulsar 220 and we expect they do a better job with those RVMs (rear view mirrors). On the Pulsar 220, they were absolutely worthless! Here, on this mule, they appear to be longer. 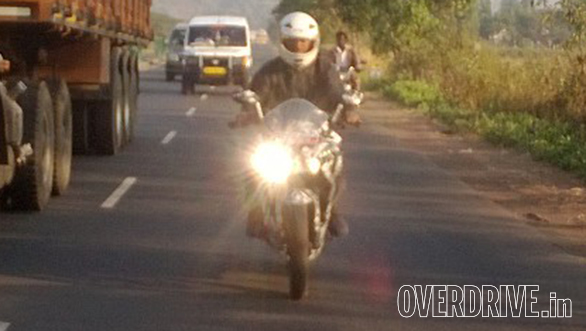 Unlike some other bikes, the rear is mass-y and the pillion seat is not as high as the R15. It gets split seats and the overall riding posture is fairly upright. I know this is music for all you tourers! Knee recess also appears to be well laid and so is the fairing.

Pulsar 400SS shares its engine from the RC390 and the Duke 390 and is expected to produce power output in the region of 40 odd bhp, slightly lesser than the KTM twins. It is also almost certain to get Bajaj’s promoted Triple Spark Ignition to enhance fuel efficiency. The Auto Expo display model was shod with ABS and we believe, it will be standard on the bike. 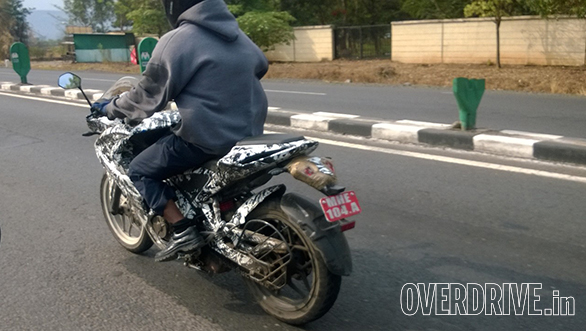 On the other hand, Pulsar 200SS will share its engine with the Pulsar 200NS but will get Fuel Injection like the NS FI that has been launched recently in Turkey. Power output is expected to be around similar figures of 24PS and ABS may be offered as an optional extra.

*An earlier spotting in no camouflage, however without decals

The Pulsar 400SS is expected to come shod with Metzeler tyres as stock like what the Auto Expo display model wore. According to what we know, Bajaj has scheduled the launch of Pulsar 200SS for an earlier date along with the RC390. Pulsar 400SS as well as RC200 will be launched a little later.