CRP Racing, an Italian company took shape in the year 2006 which concentrates on bringing and building high performing track machines. The company started its production of Electric Bikes for World Championship TTXGP. 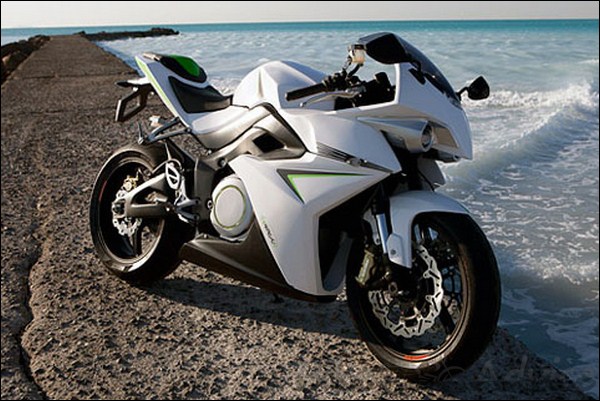 The company had recently announced about its new model Energica which is its first road going Electric superbike. What makes the Energica so special in today’s worls is the fcat that though this being an Electric bike, it is capable of clocking a Max. Speed of as much as 220 kmph (137 mph). With an electric motor capable of generating 100 KW of power with a top of the line chassis offering the best of the looks along with a uniqueness adding to its attribute.

The Battery of the Energica offers a range of 150 km which is 93 miles on a single full charge. This range is made possible with the power train efficiency which is close to 95 per cent. The bike is designed keeping in mind the concept and theme of ‘Evolution’ as mentioned in the company’s website.

According to a statement from the company, ‘Energica is CRP Racing’s first concept of an electric streetbike. After the success in the racing world of the eCRP, the electric competition racebike, runner up at the 2011 World Championships and European champion in 2010, CRP has decided to take to the “street” with the first 100% electric motorcycle prototype.’

In today’s world where Electric motorbike has still been in the concept stage for most of the companies, only a few have dared to bring it real. With the coming up of Energica, the electric motorbike is no longer just an example of alternative sustainable mobility, but has become a true model of high technology and design on two wheels, capable of giving you the same unique sensations as the traditional models. This is a fact for which the company needs a specially deserved appreciation.

Mentioning about the specs and technical details of Energica, the bike is powered by a PMAC synchronous motor with permanent magnets. This is the basic source of life for the Energica. The power of the bike, as mentioned above is 100 KW. Maximum Torque is 16 Kgm. The Power Train Efficiency as mentioned by the company is more or less 95 per cent. 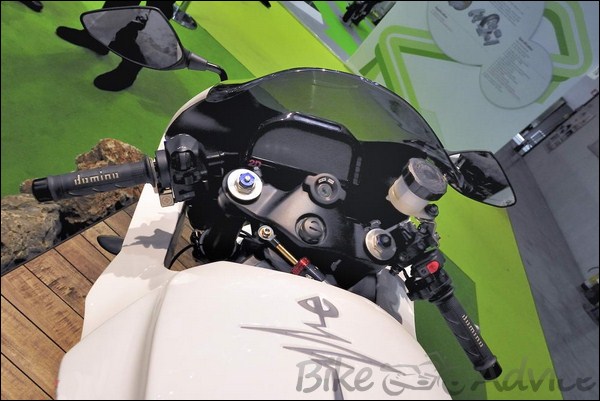 The bike has a rear monoshock suspension for the best of track handling performance and is supplied by Matris or Ohlins with adjustable length for improved suspension. The same manufacturer supplies front forks of the bike as well. Domino’s ride – by – wire throttle system is made use of in the Energica. There is a digital Multi function LED offering all the necessary details to the rider. ECIE’s innovative 100% LED lights are installed to offer best of the vision ideal enough for night rides.

To mention about the pricing if the Energica, it is priced at € 15,000 which is approx. US$ 20,000. People would be interested in paying this hefty sum of money for its eco – friendly tag which is in fact good in some way or the other.